The sky had begun to bruise but the evening air was still hot. Jazz music drifted from the main hall through the billowing curtains out onto the balcony where a small group of revellers were loitering, the tips of their cigarettes glowing like new pennies in the half-light. Inside, Champagne coupes clinked, pearls clung to bronzed necks and howls of laugher reverberated around the large house, so often empty but tonight brought alive by beautiful young bodies dressed up to the nines and hungry for a good time. The last of the loiterers made their way into the house, leaving him alone outside. Immaculately attired in a tailored navy blue suit, he placed his hands on the cold grey stone of the balcony in a bid to steady his head, now swimming with vintage Champagne. 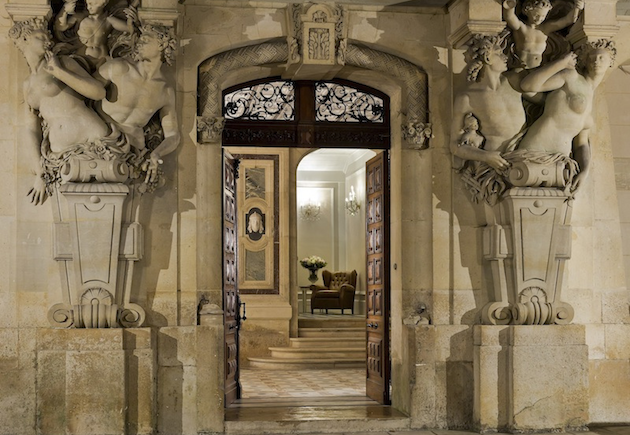 Looking out across the expansive lawn, he thought he could still make out the inky silhouettes of the trees, which were fast dissolving into the night. Peering through the tall windows, he observed his glamourous guests drinking, dancing and surrendering themselves to the gods of pleasure. This made him happy. As much as he wanted to join the party, something always held him back. He was more comfortable being on the outside looking in, coolly observing the scene he had created rather than playing a starring role in it.

The château’s gothic façade appeared eerie at night – sculpted owls kept watch with unblinking eyes under a star-filled sky. Bouffémont was far enough away from the pollution of Paris to let the stars poke through at night and tonight they were shining like a thousand engagement rings. He held his Champagne coupe to the sky and toasted his grandfather, who had bequeathed him this jewel on the outskirts of Paris, which, over the past three years, he’d lovingly restored to its former Beaux Arts glory, culminating in tonight’s grand opening. 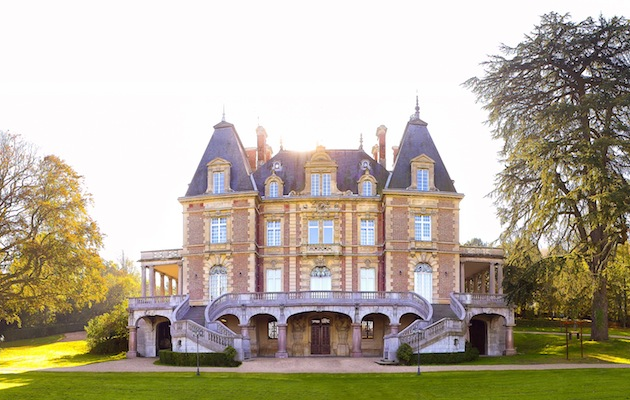 Built by the Marquise de Preignes amid the grounds of Montmorency Forest in the 1850s, then serving as a hunting lodge for Belgian-born engineer, entrepreneur and amateur Egyptologist Baron Empain, Château Bouffémont has played host to rock stars and royalty. An avid animal lover, the moustachioed Baron took to keeping a menagerie of exotic species at the estate, from giraffes and tigers to peacocks. He was also responsible for the grandiose horseshoe-shaped staircase that wraps around the château and leads out onto the lawn.

Young green-eyed Russian, Alexander Guslistyy, inherited the French country pile on the death of his grandfather in 2007, mere months after Guslistyy senior bought the property. Spying its potential for weddings, banquets and private parties, young Alex was adamant that the château, named after the town in which it resides, stay in the family and open itself up for private hire. Pleading with his oil tycoon father not to sell it, while his sister danced for the Bolshoi Ballet in Moscow, he quit his job in London as a trader at Goldman Sachs in order to work full-time on faithfully restoring the château with the help of old photos and postcards. 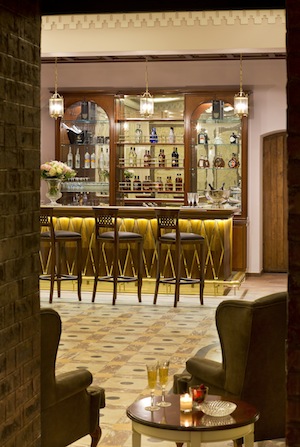 Though this is not the family’s first foray into country houses for hire – Guslistyy’s father owns a hunting lodge near Moscow where guests can stay in cottages and hunt for wild boar during the day then have them skinned and cooked on site for supper.

With four floors, five grand salons and ten suites to waft around in, Bouffémont cries out for ball gowns and bow ties. Exquisite chandeliers, hand-made in the Czech Republic then painstakingly reassembled at the château, form the focal point of each room, with the coloured glass running the gamut from turquoise to pale pink. Interiors are suitably opulent for the splendour of the location – rooms are prettified with antique mirrors, period furniture, lace-wrapped four-poster beds, white orchids, high ceilings, elaborate paneling and giant sunken baths.

A wind-operated Swiss clock adorned with angels covers the entire ceiling in the hallway, and at the bottom of the staircase, a series of provocative black-and-white photos of body parts offer tantalising glimpses of back, breast and bottom. Painted Tiffany blue, the main hall is dotted with macabre modern art – dripping horsemen and nightmarish Baconesque visions of dead deer that juxtapose violently with the genteel civility of the room. 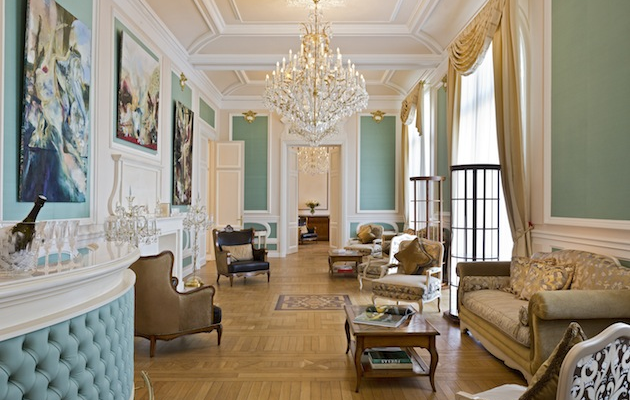 Champagne coupe in hand, Guslistyy bypassed the party still in full swing in the main hall and sat by the fire in the scarlet dining room, which, earlier that night, had played host to a five-course feast for his guests, who dined on foie gras, smoked salmon, scallop carpaccio, roast duck, and raspberry macaroons washed down with a textured Montée de Tonnere Chablis Premier Cru and a silky Château d’Arcins Haut-Medoc Crus Bourgeois 2009. A keen oenophile, Guslistyy aims to build up Bouffémont’s cellar and host wine tastings in collaboration with prominent Parisian collectors. Ever the hospitable host, he also plans to open up his lawn to the public every Sunday for brunch.

Gazing into the flames of the fire, Guslistyy saw the figure of his grandfather reaching out to him. Aware his mind was playing tricks, he reached back regardless, but the figure vanished on touching the naked flame. While a debonair young protagonist hosting Champagne-soaked parties for friends until the small hours sounds spookily similar to a certain F. Scott Fitzgerald tale, luckily for Guslistyy, there is no chance of him meeting a similar fate to Jay Gatsby, as the swimming pool at Château Bouffémont has yet to be built.