Have you seen The Wolf Of Wall Street yet? I’ve heard of entire City trading floors making block cinema bookings to revel in the excesses of Leonardo DiCaprio’s high-finance hustler Jordan Belfort. 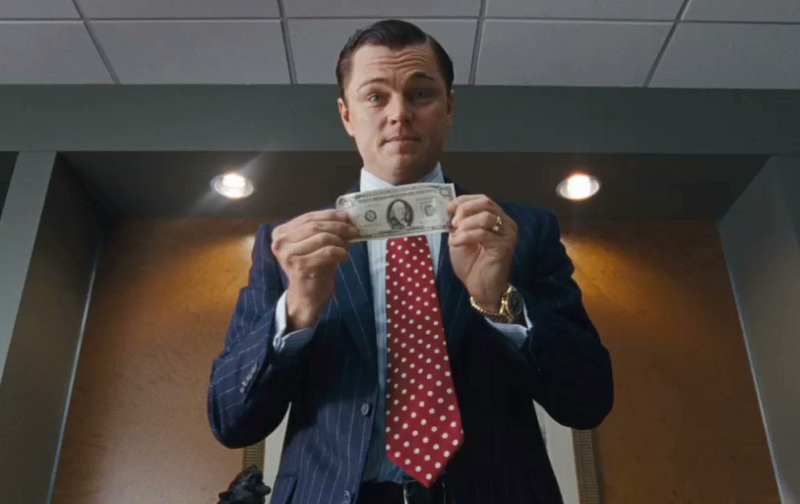 They might be nostalgic for the junk-bond juju, the bonus bonanzas, and the narcotic intemperance (check out Leo and co-star Jonah Hill’s whacked-out-on-quaaludes scene for the best bit of physical comedy since Eric last slapped Ern), but they’re probably not casting a dewy eye over the clothes; as Belfort, Leonardo goes from junior-equity boxy, broad-shouldered off-the-rack double-breasted numbers to the Gordon Gekko-esque greed-is-good uniform of lordly chalkstripes, skull-and-crossbone-emblazoned braces, contrast-collar shirts, and chunky red or yellow power ties.

Today, post-Occupy, and post-taxpayer bailout, these clothes look like museum pieces – a visual shorthand for “fat cat” that someone would only wear if, post-trading, he was on his way to a late 80s/early 90s Big Bang theme party. Finance is a lot less brash, and so are its clothes – “From ‘Wolf’ to Sheepish Clothing,” as a recent piece in The New York Times put it. But that doesn’t mean that style is dead in the City. What we’re seeing is a new vision of formality that goes beyond buttoned-up or business-casual, where status cues are much subtler: sleek, slimmer-fitting suits, in solid blues or greys rather than stripes, with softer shoulders; and rakish little details, like a final working sleeve buttonhole stitched in a different colour, a contrasting melton undercollar, or even an electric-blue Spitalfields flower pattern lining. If you don’t have to wear a tie, accessories – paisley pocket squares, vivid socks – add a touch of individual dash, as do heritage-hip patterned shirts in chambray or Tattersall check (proving that the bespoke-casual look of media and advertising is now gaining a firm foothold in finance). And if you do have to wear a tie, skinnier knitted or cashmere options are definitely not sub-prime.

The Wolf Of Wall Street is probably not going to rehabilitate the pre-crash power suit, and neither should it. But the entire panoply of banker-pomp shouldn’t be thrown out with the Ponzi scheme, and there are signs that some staples of the boom-and-bust era are making a return, albeit in a more dialled-down, refined form: double-breasted jackets are back, fitted and flattering rather than billowy and brash; windowpane and Prince-of-Wales checks are looking vibrant rather than vulgar; and even pinstripes – minus the master-of-the-universe connotations – are looking fresh in softer, less boorish shades. So much so, that I might be tempted back into them myself – The Spaniel of Spitalfields, anyone?