Trending
You are at:Home»The Culturist»Film»Interstellar
By Tom Bangay on December 4, 2014 Film

The ninth feature film from Christopher Nolan is so big that it’s hard to know where to start. Since taking control of the Batman franchise, with critical and commercial success, Warner Brothers has rewarded Nolan with budgets of more than $160m and a creative free hand to realise his high-minded blockbuster visions, firstly with Inception, and now with Interstellar. I find myself watching this awards-tipped sci-fi from a hugely respected director almost exactly a year to the day after I climbed the IMAX steps to see Gravity, Alfonso Cuarón’s Oscar winner, a film that definitively raised the bar for what can be delivered by way of space drama and stunning visuals. Nolan’s is perhaps the first film since to measure up, but despite gravity itself being a central character in Interstellar, that’s where the similarities end. This film is almost twice as long, and whereas Cuarón’s film was essentially a two-handed B-movie, covering an extremely traumatic few hours for a couple of astronauts on a spacewalk, in Interstellar the future of the human race is at stake, in a drama that plays out over several decades.

The film depicts a dust-ravaged future Earth where crop blight has reduced humankind to a farming species, living in fear of the next agricultural failure. Society is so removed from the technological prowess that peaked in the 20th century that the moon landings have become myth. Former NASA pilot Cooper (Matthew McConaughey) keeps busy farming with his two young children and his father-in-law, until he makes contact with what’s left of the space agency, represented by elderly professor John Brand (Michael Caine), and his daughter Amelia (Anne Hathaway). In the hope of saving mankind, they ask Cooper to pilot their ship through a wormhole of artificial origin near Saturn, to follow up on potential habitable worlds discovered by previous missions. He must decide whether to leave his children – particularly his angry daughter Murphy (Mackenzie Foy) – behind, in order to try and save the human race. Extremely massive events then are then played out across space and time by a tremendous cast – there are stars (no pun intended) in this film who aren’t shown in the trailers. 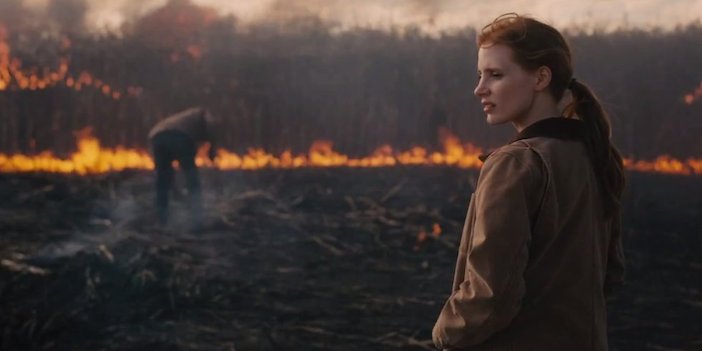 It’s easiest to start with the film’s problems. On a superficial level, there’s a decent amount of the kind of sci-fi exposition that almost all films in the genre (with exceptions like Shane Carruth’s Primer) suffer from: astronauts explaining to each other how black holes work, or crucial details of the plan being relayed in the ship a few minutes before getting started (fate of the planet’s in the balance – d’you think NASA would brief its people on Earth before lift-off?). The film also has a huge and plot-critical sentimental streak, which is decidedly un-Nolan-like; perhaps it’s a nod to Spielberg, but although Matthew McConaughey’s folksy charms can pull off most things these days, the earnest monologues about transcendent love aren’t something the film wears particularly comfortably, even if the father/daughter scenes do play out well.

This is exacerbated by the fact that the film, or maybe more accurately the filmmaker, is extremely smart. My quantum physics is at best conversational, charitably speaking, and it took a bit of head-scratching on the way home to work out what exactly it was I’d been told had happened – maybe another couple of viewings would clear things up but that’s not likely at IMAX prices. Making smart blockbusters that challenge his audience to think is Christopher Nolan’s thing now (and let’s be honest, if you think about it too hard, Inception still doesn’t really make any sense). But a plot about relativity, wormholes, tesseracts and five-dimensional realities is hard to marry with a yarn about a dad and his daughter, and arguably the ending of the film just crashes the two into each other and hopes that we get it. Sci-fi is about big ideas, of course, but in calling to mind touchstones like 2001: A Space Odyssey, Close Encounters of the Third Kind, and even recent works like Danny Boyle’s underrated Sunshine, it does serve to highlight that each of those had an ultimate coherence which Interstellar doesn’t quite achieve. 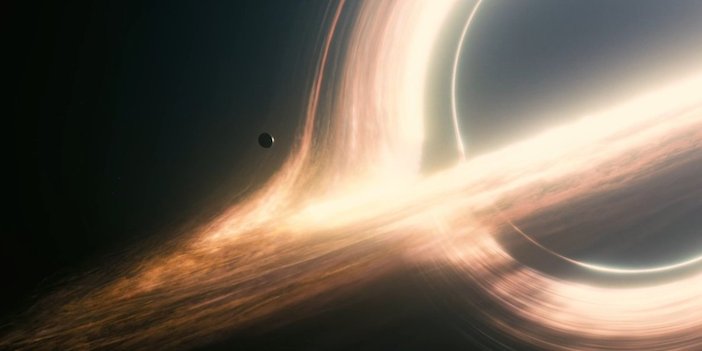 The film’s strengths are pretty considerable, however, and if you’re remotely interested in science fiction, and spectacle in general, then you need to see this anyway, and I doubt you need a review to tell you that. The visuals in space are as astonishing as you’ve probably heard, especially on an IMAX screen. Theoretical physicist Kip Thorne helped out with the representations of wormholes, black holes, and other such celestial voids, and the climactic scenes involving said phenomena are unlike anything I’ve seen on screen before. Regular Nolan cinematographer Wally Pfister was off making Transcendence, but Tomas Alfredson’s lenser of choice, Hoyte van Hoytema (Let the Right One In, Tinker Tailor Soldier Spy) is a pretty special replacement. Married to all these galactic visuals are the pulsating strings and organs that signal Hans Zimmer’s on board, and although the Earth-based scenes are maybe a little over-scored, the film knows when and how to go big with the soundtrack, and also when to use sharp silence to great effect. Although the film’s ending will definitely divide audiences, the journey to it is undeniably thrilling. It’s a bold, beautiful, indulgent, messy, faux-academic thesis of a film, and while no, it isn’t 2001, well, what is? Find the biggest screen possible and see what you make of it.

Interstellar is currently showing at the BFI IMAX on London’s Southbank and on general release across the UK.