Trending
You are at:Home»The Explorer»Travel»Ibiza Wonderland, Part I: Rejuvenation
By Hannah Berry George on February 16, 2019 Travel

In a two-part travel special this weekend, Hannah Berry George takes on the much-trodden Ibiza, but from two very different perspectives. In this first part, it’s about ‘resetting’ body and mind…

I hate yoga for two reasons: over the years I’ve done a sprinkling of classes at many different London studios and, every time, it leaves my back feeling like it’s been on a torture rack and, secondly, yoga has become so far removed from what it should be – we’ve turned it into a commercially-drive, pack-em-in, competitive environment full of yummy mummies who spend too much money on overpriced lycra. So, unsurprisingly, I’m not looking forward to this yoga-vegan retreat. So much so, I sleep through two alarms and miss my flight. My heart just isn’t in it.

Thanks to the guilt of having left a friend solo, I rebook my flight for that night and start the pleasantly-short journey to Mind Body Retreats (MBR). A simple two-hour flight and a quick 20-minute cab ride and I arrive in the dark of night while my yogi compadres are sleeping. The next morning I’m awoken by a knock – my friend is in the next room adjoined by a Tim-Burton-Helena-Bonham-Carter-esque door. It’s coming up to 8.30am – time for our first yoga class of the day. 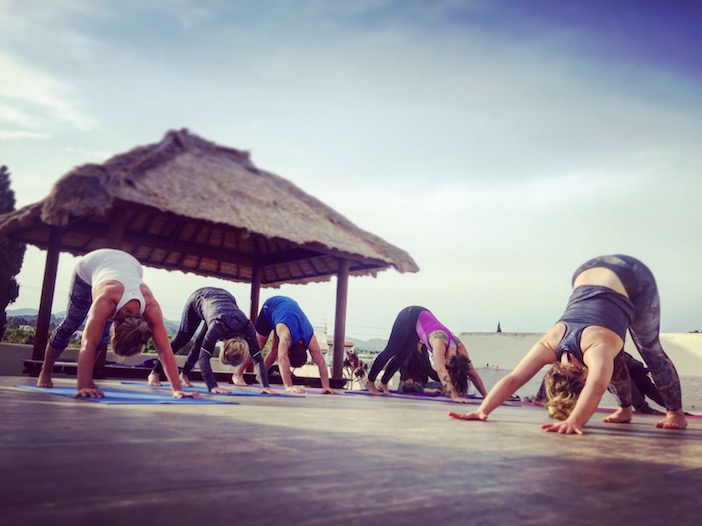 Up on the roof the setting is pretty idyllic – a grass hut hosts some gym gear, guarded by large buddha statues and engulfed by far-reaching views. This I like. But, as we settle down on our mats, the still of the early-Ibiza morning is soon broken by some thumping beats, courtesy of our instructor for this week – Sara Fakih. How is this relaxing?! But, as I soon learn, this will be one of the best yoga classes I’ve taken in my life.

Look, I know what this reads like – a typical bad-to-good story to sell in whatever it is I’m writing about, no one wants to read that. I don’t want to write it. But this is Buti yoga – and it’s fucking brilliant. What I would call ‘cardio’ yoga – an exhilarating one-and-a-half hours, accompanied by a playlist that fits our rhythm and stride perfectly. But asides from loving the style – here’s why it struck a chord: there are six of us on the retreat this week (there can be a maximum of 12 on any retreat at MBR) and Sara not only takes the time to make sure we’re all doing it in a safe way, according to our individual ailments (my left shoulder is somewhat useless after an overenthusiastic outing on an ice rink in New York 18 months ago), but she actually gives a s*!t. And she keeps it real the whole time – laughs, jokes, encourages, supports, tailors. It changes my whole Grinch-like perspective on yoga. 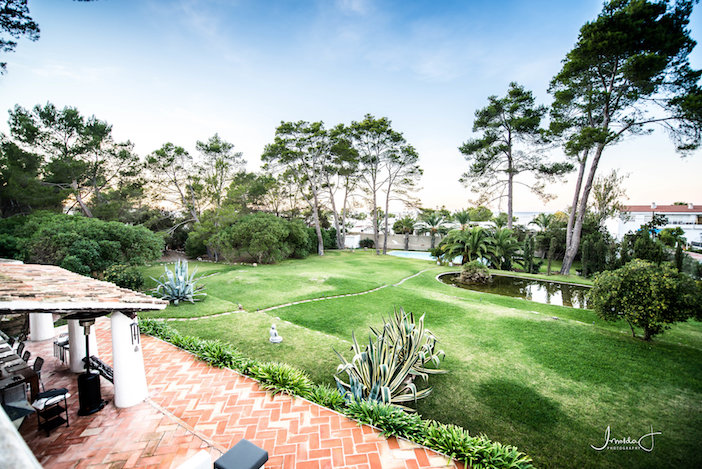 The problems I’m getting with my back are twofold: lack of understanding what is and how to engage my core; and my hypermobility. I’m essentially a rag doll so I always damage myself. For the entirety of Buti, Sara gets us to focus on engaging our ‘Mula Bandha’ (read: core) as we pump, jump and move between various positions. And the words, ‘imagine you’re sucking up a milkshake’ will stay with me and save my back for a lifetime.

After yoga, it’s my favourite part of the day – brunch, hand ‘cooked’ (it’s raw) and prepared by Vegi Tales Ibiza – a couple who went vegan six years ago and have never looked back. I’m not vegan, but I’m not really fussed about meat and so I mostly eat vegetarian. The others on the retreat are a mixture of vegan through to full-on carnivores. But this food is mind-blowing. If you’ve ever been to Mildred’s in Soho, it puts them to shame. As far as I’m concerned, it’s Michelin-star level and if I had this prepared for me every day I’d happily eat vegan for the rest of my days, and I bloody love cheese. 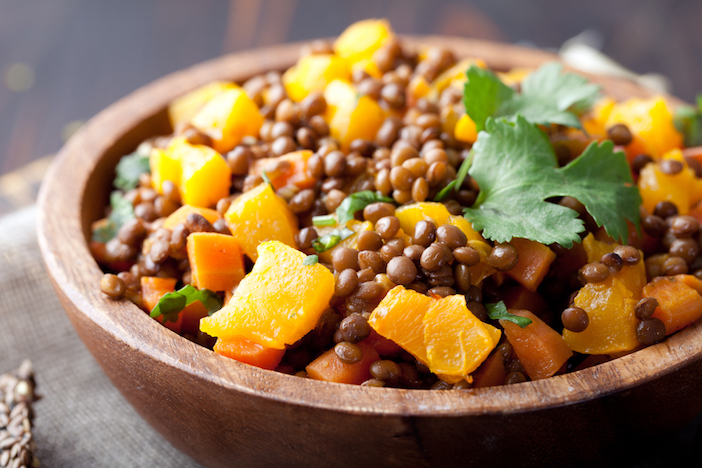 Admittedly, a couple of the girls are struggling with the food – they want meat and feel hungry but even they, by the end of the week, are changing – their bodies adapting, they feel full – so much so they now struggle to finish the meals – and they’re enjoying it much more than they thought they would. I, for one, feel so much better for it.

After brunch there are several hours of free time – we bond quickly and mostly hang out as a Strangers-Things-like inseparable group of buddies. Some days we lounge by one of the two beautiful pools, equipped with inflatables fitting of Ibiza – a watermelon slice, a Simpsons-like pink iced donut with sprinkles, and a unicorn which, like a wild horse, refuses to be mounted resulting in much hilarity and grace-less Boomerangs.

Other days we drink cocktails by the beach, or explore the area. And then, at 4.30pm, we regroup on the roof for our second, and this time two-hour, yoga class of the day. The type of yoga you’ll experience is down to the particular instructor (which you can see when you book) and there’s a rotation of different instructors throughout the year but, with my new-found fav Sara, she does a mixture of Yin and Mandala in the afternoons – again nailing the audio accompaniment. 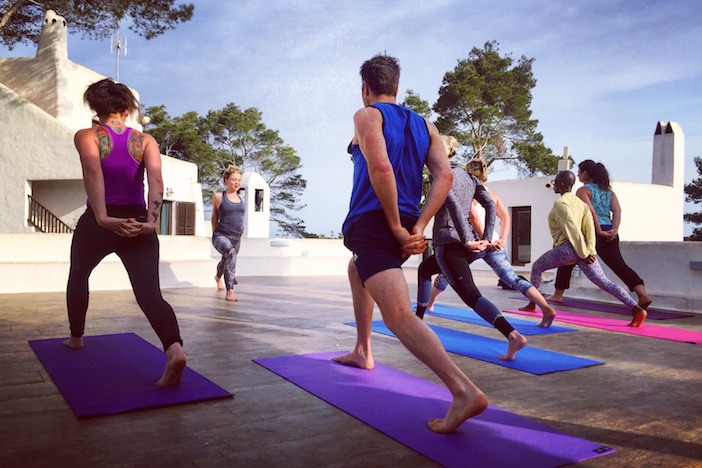 This is the class that I find really opens up my shoulder – it’s more of a wind-down, holding and breathing into poses that elongate and open you up for minutes at a time. It’s not easy – we all makes various grunts and cries, but it’s a good kind of pain that we all notice the benefits of more and more as the week goes on. My Lurch posture is transformed into a posed ballerina.

After our afternoon session, we’re back to my fav part of the day – food. And, again, dinner is prepared by the incredible Vegi Tales. And, after this, we either relax or have our excursions to look forward to. During the week, I suck up that milkshake at every opportunity while we eat, sunbathe and drink Sangria as we peruse the Hippie Market at Las Dalias, or when we hike to Es Vedra – the highest point in Ibiza with the third largest magnetic field in the world, so they say – to watch the sunset, laden with dragonflies, with Walking Ibiza. 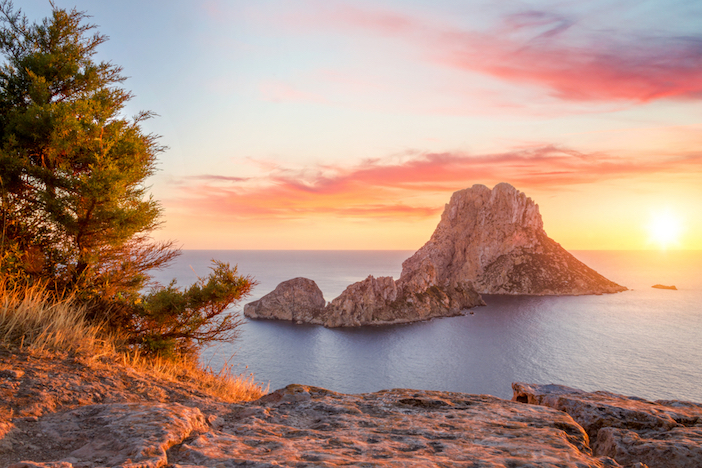 Both experiences come as part of the MBR package, as well as a sound meditation and gong bath – a first for me which has me snoring my head off like a sleeping giant in a matter of minutes. It takes all of us into a deep state and for some it’s really emotional – seeing visions and people from their past. On a couple of occasions I feel like someone is touching me and wake to find no one there. It’s a strange experience which is both relaxing and other-worldly.

On our penultimate night we head to Sunset Ashram to watch the sun go down. This is one part of the itinerary which isn’t included in the package price – the other being lunch if you do find yourself needing more than just fruit between brunch and dinner. The food at Sunset Ashram is average and massively overpriced, so I’d recommend you stock your bellies elsewhere, but it’s great for a drink in the company of new-found friends that make you laugh so much your belly hurts. 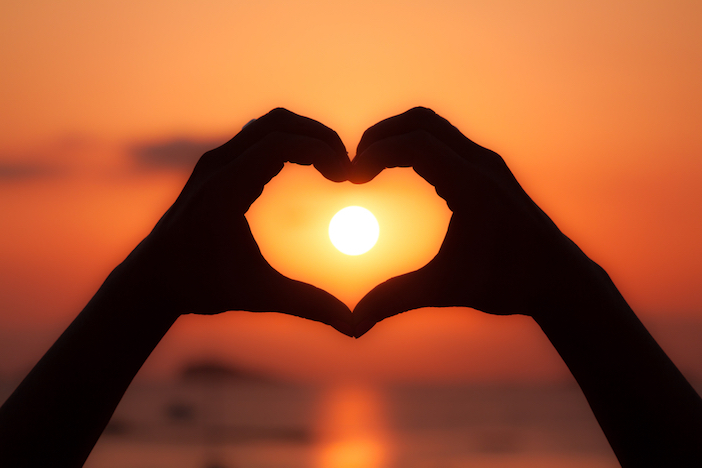 Back at the ranch (read: retreat) we enjoy our last night. Each of the rooms at MBR take on their own character, and feel as individual as your own experience. But, I get the feeling that the retreat is still finding its feet, as there are certain things I’d expect from a luxury retreat – beds to be made up, even if the sheets aren’t changed, bins taken out and towels by the pool collected – that didn’t come as standard. But that didn’t even pass our minds as we danced into the wee hours, soaking up every last second of our time together. Because something really special did happen here – and we experienced a rollercoaster of emotions together. With plenty of ‘milkshakes’ to boot.