Trending
You are at:Home»The Culturist»Dance»Rojo and Acosta in Romeo and Juliet
By Rebecca Lipkin on June 15, 2014 Dance

Created for English National Ballet by the renowned choreographer Derek Deane, ballet principal Tamara Rojo was the original Juliet in 1998. Now the artist director of the company, she is reuniting, for six very special performances at the Royal Albert Hall, alongside her former Royal Ballet partner, Carlos Acosta, who stars as Romeo. Although other notable principals (including Elena Glurdjidze) perform on other days, quite frankly, it’s Rojo and Acosta everyone will be queuing up to see, and having seen them I can’t suggest otherwise…

With the most impressive venues often being the most challenging, the production team turned what might have posed a problem into an opportunity – taking full advantage of the arena-style Hall with over 60 dancers and recreating the Verona of Shakespeare’s legendary tale with a surprising level of intimacy for such a large scale production. 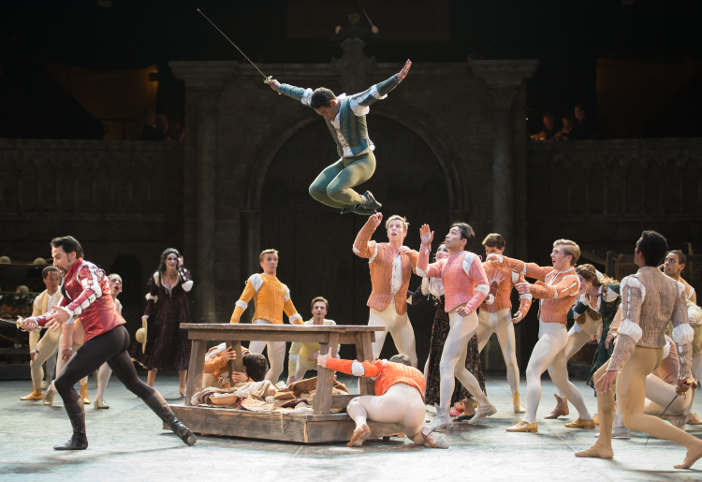 Some have criticised it for being too busy, and if you like tradition this may not be for you, but for an audience hoping for a spectacle, this epic Romeo and Juliet delivered a veritable feast for the eyes. One struggled to know where to focus – so astonishing was the display of dance and costume, including rich velvet gowns and armoury, all showed off to great effect during the sword fights, street scenes and sumptuous masked Capulet ball. The aisles of the stalls were utilised throughout as a walkway for the many performers to access the stage, and it was exciting to be so near to the action.

Reminiscent of the great Vivien Leigh in Gone with the Wind, Rojo’s performance combined the most exquisite technical brilliance with intense, mesmerising and haunting acting – Juliet’s passion for Romeo and her later desperation fully expressed. “I approach the role trying to re-discover my teenage self and see the world through her eyes,” said Rojo on the role of Juliet, “The story is so dramatic and very romantic and so it allows you to pour passion into your performance.” 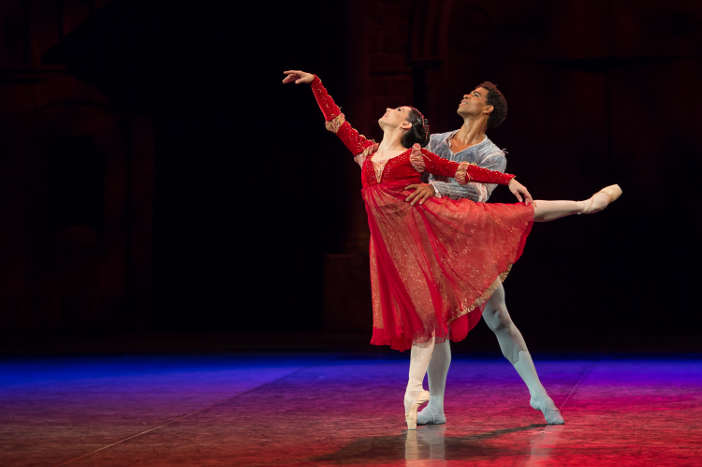 In the sleek pas de deux we can appreciate the well-established dance partnership between Rojo and Acosta and the real kisses give the romance more authenticity, even if Acosta doesn’t seem to possess quite the same passion as Rojo. Acosta, justifiably considered the great male dancer of his generation, was nonetheless a powerful partner, cleverly allowing Rojo the space and support to shine. His younger cousin Yonah Acosta meanwhile made a stand-out impish Mercutio – the unknowing catalyst to the couple’s downfall and untimely end, and, with Carlos having announced his intention to retire in 2016, we can only hope he will go on to fill such large shoes.

Roberta Guido di Bagno’s suitably imposing designs included Juliet’s balcony, the death bed and the Capulet crypt, whilst cleverly positioning the orchestra on a fort-like elevation, which, with all the drama happening in-the-round, resulted in one feeling more in touch with Prokofiev’s tremendous score than is often the case with the traditional pit set up. Quite simply, between the English National Ballet cast and orchestra the language of perhaps the most famous tragedy in the world could not have been more beautifully told had it been uttered by Shakespeare himself.

English National Ballet’s Romeo and Juliet at the Royal Albert Hall until 22nd June 2014. For tickets and information on future productions visit the website.