Trending
You are at:Home»The Culturist»Film»Gravity
By Toby L. White on November 6, 2013 Film

There aren’t many things that are genuinely frightening in the cinema. Horror films? Forget it. I’d get more jittery at a WI meeting. Even when your palms are sweating or your fists are clenched with tension, you can always reassure yourself that it is just a film. It’s the ones that carry a sense of the tangible because they are set in environments we know exist that are truly nerve-wracking. Stuck on a deflating raft in the wide open sea? Or lost in a network of caves? Possibly with a rising water table to contend with? Those would give me the shakes just thinking about it. Come to think of it, more specifically, it’s environments where one would lose one’s breath that would do me in. Now consider one where there is, simply, no atmosphere. 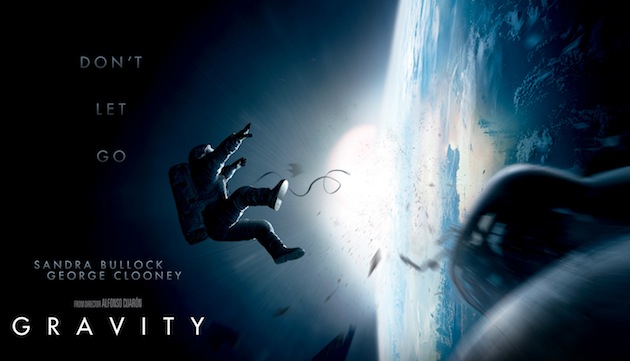 The moment I saw the trailer for Gravity when Sandra Bullock is cut free from the shuttle and spins out of control into the vast empty ink that is space, my heart rate leapt to 170bpm. It’s just the thought of that. Particularly when the earth is right there, almost in touching distance, and you’re utterly helpless. Watching it on a 4 inch screen on my laptop still had me clenching my teeth throughout. And that was just the trailer.

In brief, Bullock is Ryan Stone, an engineer sent to repair Hubble, orbiting the earth. It’s her first time in space, and an accident happens, naturally. That’s all you need to know. Cuaron opens the film spectacularly, putting a sense of scale on proceedings and with a continuous looping shot around the characters and their environment – although, rather irritatingly, playing Clooney rather absurdly as the blasé story-telling old-timer so used to this ‘day job’ he may be some trucker on a rest stop on Route 66. I suppose that’s to be expected. After all, it draws one’s attention to Bullock and one shares her focus on the job at hand. Needless to say, I was awestruck, as if with them in space. 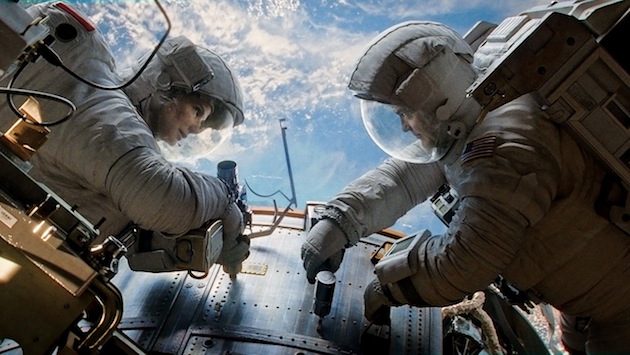 Then, almost immediately, and still without the first cut, comes the issue; an accident on a Russian satellite nearby sending debris hurtling towards them and threatening imminent peril. What happens next and for the subsequent seventy-odd minutes renders the phrase ‘out of the frying pan, into the fire’ about as dramatic as ‘a walk in the park’. What ensues had me gripping the arm rests until my muscles atrophied. I think I held my breath the entire time. And it’s frustrating that I simply can’t say what happens for plot spoilers, suffice to say that you hope that whatever value Stone had on her life assurance policy it would not have been enough. Either that, or no one would have insured her for the all the risks involved in that job.

What’s more surprising, when you leave the cinema and the blood re-enters your extremities, is quite how they did it. Yes, you know it’s an effects-laden film, it can’t not be, but the intricacy and the level of detail to which the film-makers and the effects house went to ensure the right atmosphere – pun intended – was conveyed, is mind-boggling. Obviously it’s not shot in space but recreating that in a studio (and in computers), the difficulty of replicating the subtleties of the light sources when everything is in constant motion – as it would be; no atmosphere means no friction – and never mind the weightlessness to suggest there’s no gravity…well, you see where they get the title from. 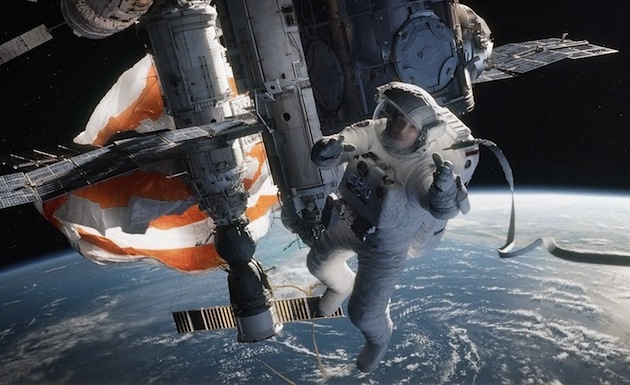 It’s an extraordinary film. No, wait, it’s more than that. At the risk of sounding hackneyed, Gravity is an experience, and a benchmark one at that. Were it just about the effects, they may have happened sooner or later and the visual teams are doubtless up for multiple accolades, but the performances, too, are all there, particularly when one considers the environment, or lack of it, the two actors had to work in.

I’m shuddering again just thinking about it now. And have only just got my breath back.

Gravity opens at cinemas in the UK on Friday 8th November 2013.