Trending
You are at:Home»The Culturist»Theatre»Bakersfield Mist
By Rachel Fellows on June 4, 2014 Theatre

I rather like a swift 80-minuter at the theatre. Not only are you done in time for a bite to eat, but you realise, over said dinner, that you have been totally engulfed for the duration of the play, the spell unbroken by an interval and the irritating queues for the bar. Another positive consequence is that you haven’t the chance to prematurely critique the drama unfolding on stage, or to be swayed by your companion’s opinion. Instead, you are forced to give your whole attention to it and it’s only afterwards, when you exit the theatre and walk down the street that you recognize what you really feel.

This is the case at The Duchess Theatre, where Kathleen Turner is starring in Bakersfield Mist, written by Stephen Sachs. A relatively new play, it is a pithy two-hander that gives an honest look at the world of fine art, along with its forgeries and its prejudices. Turner plays Maude, your quintessentially trashy trailer park resident who has picked up a painting from a junk sale that she believes to be a bona fide, 24-carat, honest-to-god work of Jackson Pollock.

Drafted in – reluctantly – to verify this remarkable find is snooty, snobby, ex-director of The Met, Lionel Percy (Ian McDiarmid). A stalwart of New York’s artistic elite now has to lower himself from his professional (and social) high-horse, and look at this piece of art with an objective eye. She is convinced it’s real; he is determined it’s not. She has no place in the art world; he is adamant that she never will. Lionel had made up his mind about Maude – oh wait, I’m sorry, about the painting – before he walked into her home. But Maude is feisty, and she’s fun. And she’s darned well going to make Lionel think twice about this. Or three times. Or maybe four. 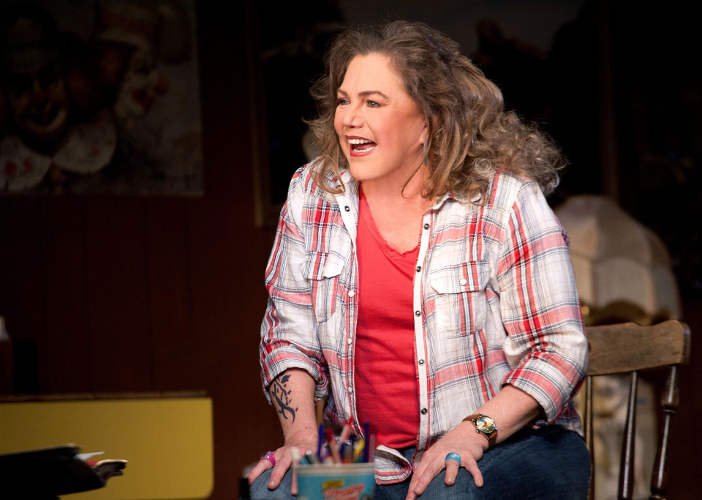 The Oscar-nominated Turner puts in a corker of a performance. As Maude, she is physically ungainly and unfailingly foul-mouthed, yet warm-hearted, wickedly funny and eager to impress. She is so nervous for Lionel’s decision on the painting that she flops and flutters around, barely sitting still and watching his every move like an expectant Labrador: eyes agog, tongue hanging out, never missing a trick. Turner’s famously husky voice may not have a chance to purr but, oh my, can that woman rock an expletive; nothing crude, just expressively vulgar. And given that she has to deal with the anally retentive Lionel, it’s no wonder she gets frustrated.

McDiarmid does a sound job as the stuffy, toffee-nosed Brit. His nasal voice, spindly and uncomfortable demeanour, and mocking way of feigning sympathy with Maude would make him a perfectly loathsome posh hero in any Midsomer Murders-esque mystery or Fawlty Towers-like comedy. At times he does ham it up a bit, which threatens to turn Lionel into a caricature but, equally, you are able understand his passion for his work, his internal demons and the reasons for his sense of professional superiority. McDiarmid make him a plausibly tortured soul who has worked his whole life for something that Maude seems to be taking on a hunch.

Under Polly Teale’s direction, Turner and McDiarmid spar and snipe with wonderful momentum amongst Tom Piper’s chintzy-looking set, designed to portray Maude’s humble trailer in California’s famous through-town, the somewhat denigrated Bakersfield. With little sound to distract from the actors’ conversations, the silence at the beginning and end are the most poignant moments of the whole thing. Disappointingly, however, solid direction and striking acting can’t mask the deficiencies in the script. One gripe is that when Lionel finally succumbs to Maude’s generously proffered whisky bottle, he becomes tiddled after only a sip, his drunkenness descending into the depths of inebriation curiously quickly. Even more surprising is his instantaneous reversion back to total clear-headedness. Since the play progresses in real time, I’d love to know his trick. 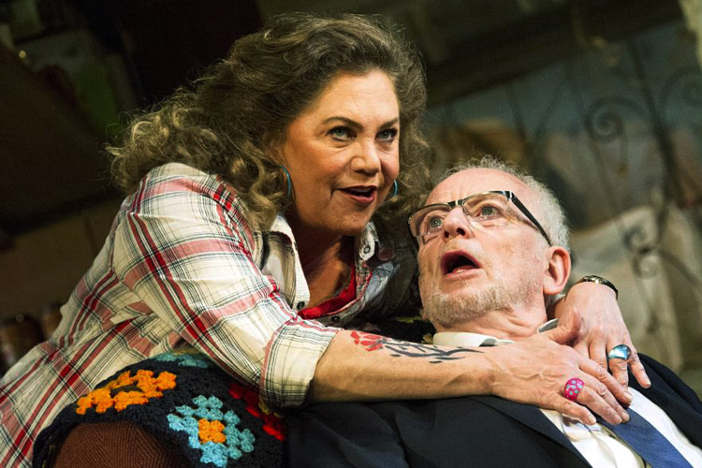 More significantly, Sachs’ story simply appears clunky at times. Maude has suffered some personal tragedy, which is clearly relevant to the character’s state of mind and, thus her dependence on the painting’s authenticity, but the audience is not trusted to figure out that she might be using the painting as something – anything – to throw her energy into in order to avoid thinking about other aspects of her life. Instead, it is alluded to haphazardly and crassly without giving the audience any credit for picking this up from subtleties.

In the same vein, this play considers valuable questions about the nature and philosophy of art: what is art? Who can decide what makes art good or bad? How is art meant to be appreciated, and by whom? Can a forgery be appreciated in the same way as an original? Does knowledge of a forgery change the value of one’s appreciation? Whilst these are valid and important questions, we didn’t need them thrust at us like keywords on a game show. It’s wonderful that a writer is considering these ideas, but they need to be more craftily woven into the fabric of the script, and to the story, rather than touted as moments of ‘look at me being intellectual’.

Nonetheless, the cliffhanger that Sachs ultimately leaves you on is very moving. Is the painting real, or not? Does either Maude or Lionel believe it to be real, or not? It’s up to the audience and the deal-breaker is that I really do care, even now. In the 80 minutes, Turner and McDiarmid maintain suspense, intrigue, energy and plausibility. This show will never smash box office records but it is smart, engaging, original and, in this production, very well acted. I would go again simply to see Kathleen Turner in action.

Bakersfield Mist at the Duchess Theatre, Catherine Street, London, until 30 August 2014. For more information and tickets visit the website.