Trending
You are at:Home»The Lifestyle»The Idler»Musings»The Art of Shooting
By Diana Bourne on November 17, 2013 Musings

Shooting, like any other skilled sport is undoubtedly more enjoyable if you do it well.  It is hard to summon enthusiasm for a sport so utterly unforgiving in the ‘hit’ or ‘miss’ department, where simply failing to mount the gun properly results in a mulish kick in the shoulder, cheek or chin. But watch a crack shot mount his gun, latching on to the quarry as if by magnet, and it is as much a thing of poetry as a host of daffodils to behold.  So if you haven’t been killing things in the field since you were knee-high to a grasshopper, how do you enter a world where a covey of partridge tumbling over the hedgerow towards you is the most exhilarating sight of the year. 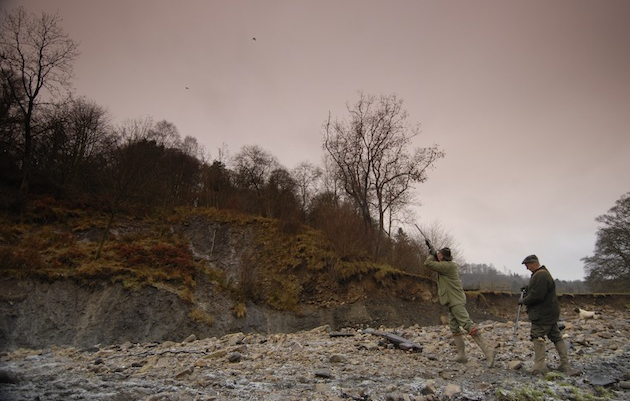 Though there’s no promises they’ll turn you into a budding Lord Percy, here are a few measures, which if acted upon at an early stage will hold you in good stead.

Game shooting is still riddled with tradition and etiquette some of which may seem old fashioned – like wearing a tie for driven game shoots, not wearing jeans or baseball caps in the field and tipping all and sundry after paying a small fortune for the pleasure of the day – but the manners of the field will mark a man out if he fails to acknowledge them. It’s worth noting that a good shot can get away with almost any sartorial foible, but a poor shot would be better off observing the rules and not standing out more than necessary.

Similarly, having ‘all the gear and no idea’ is a term readily applied in the shooting field.  Yes, you will need a few bits and pieces – including a gun – to set you up, but dashing off to Mayfair to buy a handmade matched pair costing the price of a Ferrari 355 before you’ve tried your hand at a practice clay target or two would be sheer folly. 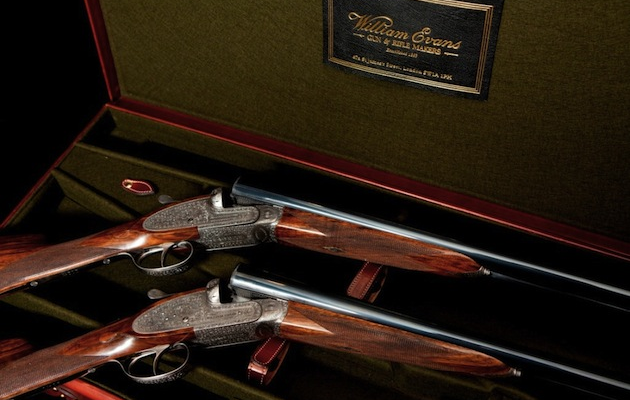 When it comes to choosing your firearm, as with your tailor, what’s needed is a voice of authority so you can make informed decisions on a make and style that suits you.  Alastair Phillips who runs the gunroom at William Evans on St James’s Street, is one such gentle authority.  Here, you will get dependable, straight advice about sporting weapons and the clothing department will not dress you up as a kipper.  It is important that you have confidence in the tools of your sport and this lovely old gunshop that has been in business since 1883 takes clients under its wing showing the best options within budget for any intended type of shooting.  Allow yourself the time to run your hands over the walnut stocks of a row of guns, savouring the evocative scent of years of cleaning oil in the mahogany cabinets, lifting and lowering gun after gun into your shoulder until you find the very thing – what a delightful alternative to an afternoon of hard graft.

It is not necessary to spend a king’s ransom on a good, serviceable working gun but it is jolly nice to know the gunroom can help you upgrade when your ability and taste for the sport is ready to be rewarded.  Think of it as a driver not long out of instruction buying a good roadworthy vehicle with just enough pzazz to tell the world he’s a man of taste and character.  The seasoned classic Aston Martin type would be just as well served at William Evans as those more suited to a nice little runabout with a bit of guts for the straight. 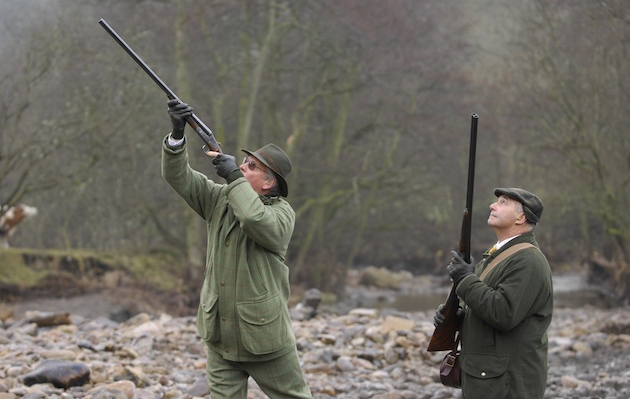 It is as easy when shooting as it is in any sport to blame lacklustre performance on the equipment, but in shooting having a gun that fits can make the difference between connecting with the barn door and not, so don’t be tempted to buy a gun that doesn’t suit the way you stand, your eye coordination, and physical dimensions.  Gun fitting isn’t painful but to get it right go to a reputable shooting ground with your gun, or one you are thinking of buying, and a good instructor will be able to tell you quickly if it is right for you. 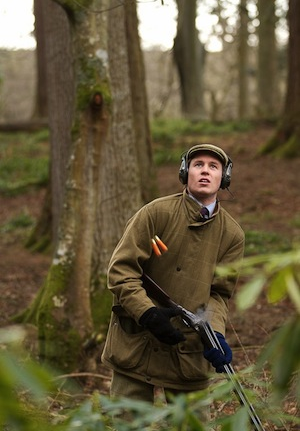 As you get used to the feel of a gun in your hands, you will quickly realize that weight is an issue of personal preference. Lugging around a gun all day is quite weighty enough and having one that’s as heavy as a hod-full of bricks is misery personified.  Like golf clubs, tennis racquets or even snooker queues, the clue to finding a gun that suits you is the way it handles and here again, your trusty gunshop will guide you. Some shooters like the whippy feel of a light gun, for speed and agility.  At the other extreme a heavy gun is more positive in feel and absorbs more of the recoil.  Most shooters however plump for something in between as a good all round gun that takes them from September partridge through to January pheasant with the ease of familiarity that brings.  Length of barrels is also a consideration and a longer set to interchange for stratospheric Devon birds at the end of the season would be a worthwhile luxury at some stage.

Nowadays, the rather snooty historic attitude in favour of side-by-side shotguns for game shooting is dwindling although it has to be said there is something about the fast-to-load, thoroughbred look of a fine English game gun that just does cut the mustard. Many find its over-and-under cousin, with its bulky forend and comparatively ungainly lines, easier to point. Still, I’d rather be on a shoot with an O/U knowing I’ve a fighting chance of making contact with the quarry than being stuck with a family heirloom that looks the business and misses every time. 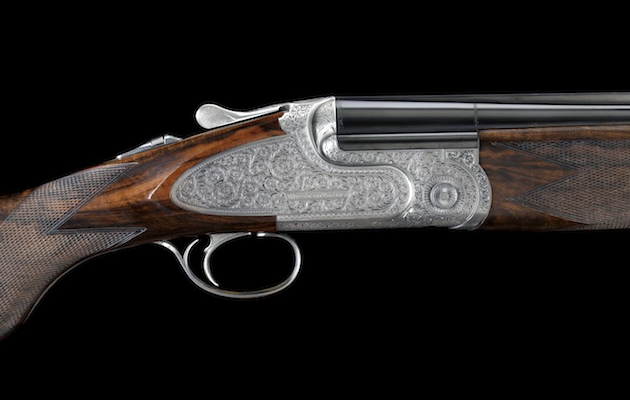 Driven game shooting is an expensive sport and the last thing you want is to waste the first three drives of the day attempting to get your eye in. With the best bird of the day heading directly over you and a line of guns watching with baited breath as you stand your ground, you will thank your lucky stars that you booked that lesson to sharpen up. Owners of gundogs would never entertain taking a puppy out shooting until it has learned elementary discipline. The same could be said of novice shots: nobody enjoys being in a line of guns, or beating, when inexperienced shots represent serious danger. But of all the advice and instruction on hand, remember the cardinal rule – be safe, not sorry.

Images courtesy of Guns on Pegs.