Trending
You are at:Home»The Explorer»Hotels»The Cary Arms and Spa, Devon
By Katie Monk on February 26, 2019 Hotels

Winter in South Devon is heavenly – quiet, calm and mild – a great place to escape to for a couple of days of fresh sea air, coastal walks and wonderful food.

The addition of two new restored fishermen’s cottages at The Cary Arms & Spa, rentable by the night, means that families or groups of friends can enjoy a bit of privacy, whilst still making the most of all the hotel’s five-star facilities. We booked Bay Cottage – a beautiful two-bedroom, three-bathroom property at the top of the hill, with sweeping ocean views.

There were two living rooms, both with log fires, so evenings could be spent cosying up after a long walk – and three outdoor terraces, which would be perfect in summer months (and we’re set to have another belter). Next-door Cove Cottage is slightly bigger. Or you have nearby Beach and Rose Cottage, sleeping eight and nine respectively, should you need more room. 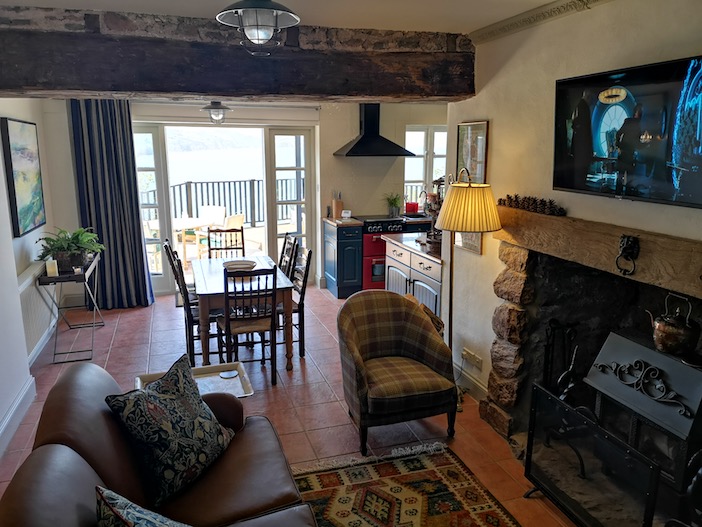 We also had a small kitchen, but as I didn’t come down here to cook, we chose to dine at the hotel’s seafront restaurant. And, boy was the food sublime.

The new head chef, Steve, who was promoted from sous chef in January did a sterling job on his own in the kitchen. After blackberry belinis in the lounge, we tried the smoked salmon and wasabi mayonnaise, followed by a pan-fried fillet of sea bream with seasonal vegetables, and a mixed berry crumble – all cooked to perfection. Steve’s step-brother supplies all the seasonal vegetables, and Steve comes up with a way of making them sing on a plate. 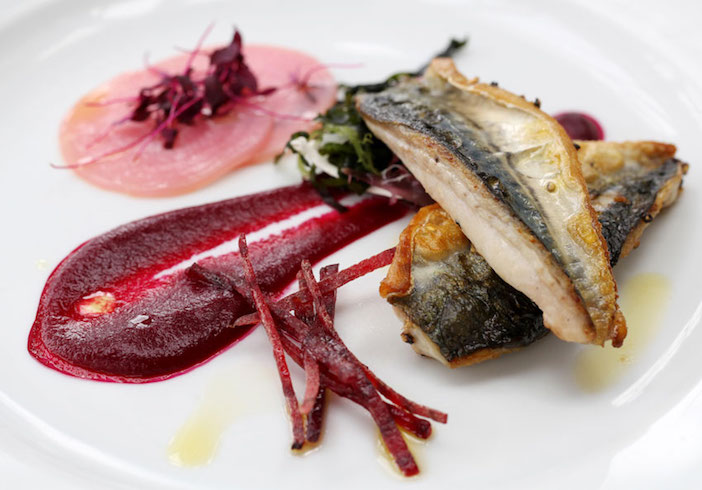 It’s worth noting the portions were spot-on. So often I feel over-faced with this kind of food, but this was pitched just right. There are plans to create a new vegan and vegetarian menu (Steve’s mum is vegan, and with veganism booming, I can see why he wants to give the existing offering a new lease of life). Also a new and varied regular menu to keep the interest of local diners, who might like a change from the norm. The wine was beautiful too – a chilled Sauvignon de Touraine la Perclaire from the Loire.

After a very comfortable night in the cottage, it was time to get out and about. Though the water is far too cold for swimming at this time of year, the South West Coastal Path runs right past the Cary Arms’ door, so you can ramble in either direction. 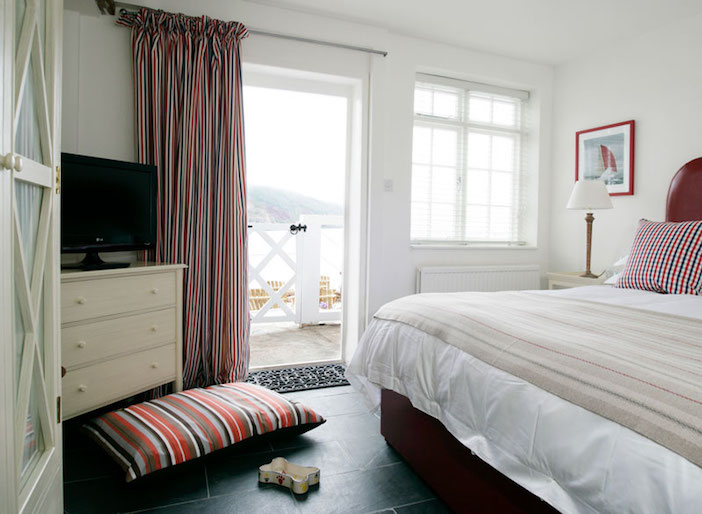 Once you’ve blown away the cobwebs, it’s thoroughly satisfying to come back to a few hours of pampering in the spa, which sits above the main hotel and has some of the best views of any spa I’ve visited in the UK. Floor-to-ceiling windows make the most of the sweeping ocean before you, and rooftop skylights mean you can gaze up at the clouds and passing birds while soaking in the pool. If you have time, I recommend booking a massage with Spa Manager Jo, who will sort out any aches or pains and leave you feeling like a million dollars.

We’re very lucky to have such wonderful boltholes on our doorstep, so don’t let the January blues get you down – a staycation somewhere like Babbacombe will break up the winter nicely.