Trending
You are at:Home»The Explorer»Travel»The Possibilities in Porto
By Anna Selby on July 4, 2013 Travel

It may well be that the northern Portuguese are uniquely equipped to withstand the rigours of the economic crisis. It’s perhaps due in part to their nature, more placid and patient than many of their neighbours. It could also be a practical, even frugal, attitude honed over centuries. 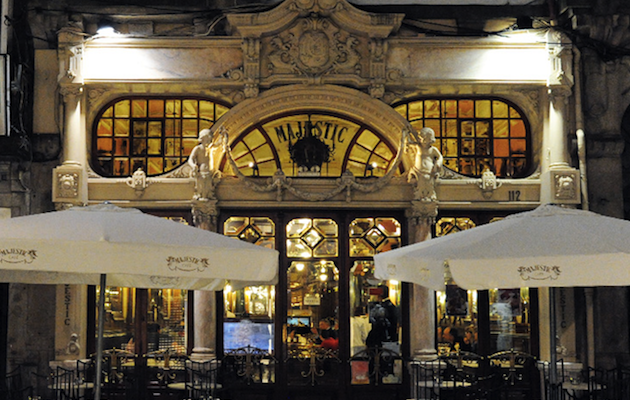 This comes to me as I sit in the Majestic Café in Porto, a place that is not frugal at all. An Art Nouveau gold and white extravaganza, complete with plaster cherubs and original leather chairs, it’s been the haunt of artists and intellectuals since the Twenties. I am drinking coffee with Ricardo, a native of Porto and the epitome of Portuguese calm except when his town wins the football championship as was to happen the following evening. (He’d lost his voice by the next day.) We are discussing pasties de nata, the famous sweet custard tarts that are sold in every café in the country. They were invented, he explains, by the nuns who used egg whites to starch their habits and were left with the yolks. So they made custard. It was an invention dictated by necessity that just happened to be delicious.

The other recipe the region is famous for is, for the English, generally less appealing. “We are the triperos, the tripe eaters,” Ricardo explains. This has a story, too. When Henry the Navigator needed meat for his troops, the locals again made a virtue of necessity and came up with recipes for the leftovers. That was in the early fifteenth century but it’s still the top dish of the region. The Portuguese play a long game.

One of the habitués of the Majestic, for instance, is Manoel de Oliveira, the oldest living film-maker born in 1908. Now he’s 104 he doesn’t come in so often but he’s still working, making one film a year on average since he turned 100. As I said, the Portuguese go for the long game. 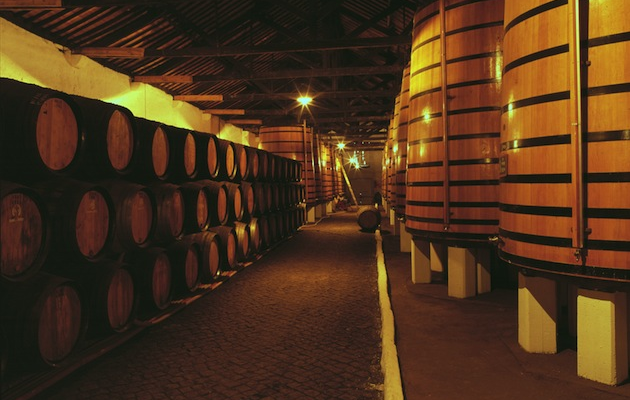 If they didn’t, they’d never have invented port. In fact, strictly speaking, it was the Brits who invented it. During endless wars with France, we came to have beneficial tax arrangements with the Portuguese winemakers (they didn’t pay any) but during the long Atlantic crossing, the wine arrived on our shores rather the worse for wear. The shippers thought it might last better with a dash of brandy. It did.

Port, though, takes all that Portuguese patience. On the opposite banks of the Douro River from Porto is Gaia where the great names (English ones – Sandeman, Dows, Taylors, Croft) of port have their cellars and you can take a tour past massive oak barrels and bottles covered in cobwebs. They all take a while to reach their prime. The rubies are the youngest, drunk generally at five to ten years. The rich red colour of the rubies fades over time and the port becomes tawny – generally 20 years old. The vintage ports can be left in their bottles for decades and can sell for thousands. They’re generally 40-50 years old and so delicate that, once opened, they should be drunk the same day. The ruby is the “easiest” to drink, rich and fruity, while the tawny and the vintages are more complex. Maybe port is a little like music. You begin with the big ideas of Tchaikovsky and end up with the subtleties of Mozart. 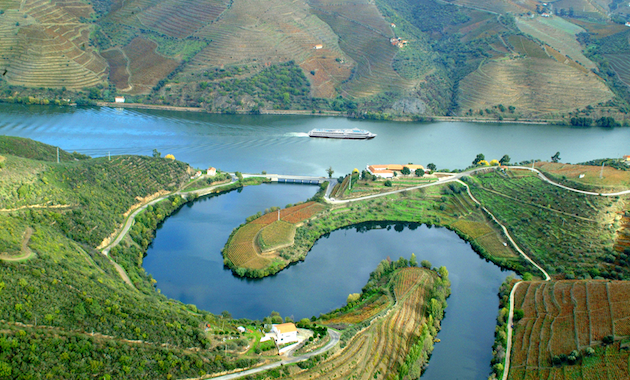 The grapes come from further down the Douro in a landscape so extraordinary it has become a UNESCO site. Some say the name “Douro” means “gold”, making this the Golden River, reflected in the endless sunny days of summer and villages made of stone as honeyed as the Cotswolds. Others say the spelling is really “duro” or “hard”, referring to the time when treacherous rapids, floods and droughts made the river almost impossible to navigate. Now the river has been tamed with dams and the vineyards, or quintas, have restaurants and boutique hotels where you can stay and even help with the harvest.

The Douro’s colour certainly shows no hint of gold. It is the deepest green, from the reflection of the trees along its banks. And, above the trees, stretching up hillsides that reach mountainous proportions are the vineyards. They cover every scrap of land, positioned in rows that are horizontal, vertical and diagonal and create a massive patchwork quilt that covers this entire landscape. 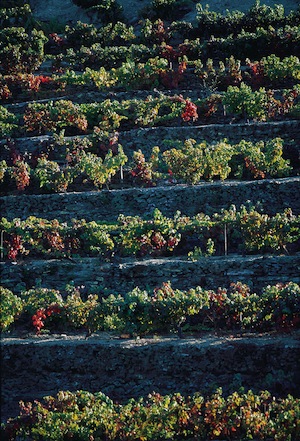 The vineyards date back to the Romans and the grapes are still picked by hand – it’s too steep to get machinery in here. And in some places, such as the Fonseca vineyard, they are trodden by foot in stone troughs, 300 years old.  It would seem completely timeless except the Fonseca quinta, Quinta do Panascal, like many others, now serves a gourmet lunch to visitors who come to tour the terraces. They even suggest port could be enjoyed in new ways – no doubt inducing heart attacks in gentlemen’s clubs. How about, for instance, a port cocktail? At Fonseca, they use white port, soda, lemon and ice. Cold port? I don’t believe it.

In Porto, it’s a favourite at the new wave of restaurants, spearheaded by chef Rui Paula who has two, DOC in the Douro and DOP in the historic part of Porto. He believes food is all about emotion, weaving the memory of aromas and flavours he grew up with into some truly stunning dishes. It is, he says, a way of “summoning the senses” and he likes playing tricks, too, one food concealed inside another, a chocolate that explodes in the mouth to uncover unexpected textures and tastes beneath. 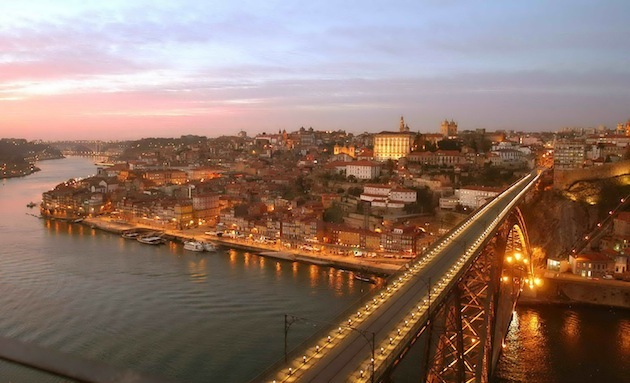 Porto itself is full of surprises. One the one hand, it’s (another) UNESCO World Heritage site, with traditional tall terraced houses, painted yellow, pink, blue or ochre or covered in the tiles, azulejos, that were the heritage of the Moors when they ruled the countries we know now as Portugal and Spain. On the other, it’s coolly contemporary. The area in the centre known as “the Galleries” is studios by day and bars and clubs by night – and the two often overflow with gallery doors open late and parties and live music on the street. There are vintage clothes shops, tea shops – Rota do Cha sells tea and incense in its oriental garden – fashion, design and one of the world’s most beautiful bookshops. Lello, dating from 1906, is a neo-Gothic gem with dark carved wood, medieval plasterwork and walls lined with books. It’s got a café too and rumour has it that it was a favourite haunt of J K Rowling when she taught English here. Come to think of it, that extraordinary double helix stairway bears a strong resemblance to the moving staircase in the Harry Potter books…

Anna travelled with TAP Portugal (offering 2 flights daily from London Gatwick to Porto, with return fares from £126 including all taxes and surcharges). For flight information and to book tickets visit the website.

For more information on Porto and the northern region of Portugal visit their website.