Trending
You are at:Home»The Culturist»Art»Troy: Myth and Reality
By Nick Price on February 21, 2020 Art

Ever since I was a boy, I’ve had a fascination with the story of Troy. Its mighty heroes, the thousand ships and the wooden horse is the stuff of epic fantasy, of adventure; so an exhibition offering to bring everything about it together into one place was a treat to savour.

The first thing to say, therefore, about Troy: Myth and Reality is that there is a lot less about Troy than you’d expect – and a lot more about Homer. Given Homer is the main source of information about the Trojan War, it makes perfect sense to set him as the context for such a show, but don’t go along expecting to learn anything new about the city or any particular insights into its actual history. Rather, it’s an intriguing dive into the artistic and classical influence of Troy and Homer down the ages. 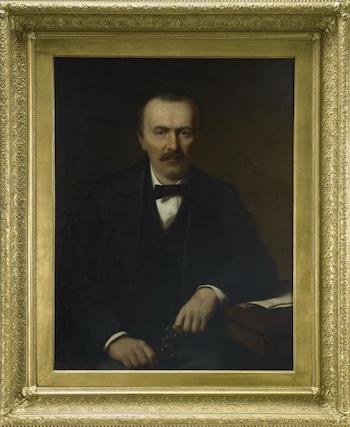 The intrigue begins as you enter. ‘The story of Troy speaks to people across place and time’ is the first quote to hit you. What is fact and what is fiction? The fact that the city of Troy was discovered using Homer’s descriptions lends credibility to the story, only to be complicated by the efforts of well-meaning archaeologists like Schliemann who, in their haste to find the Troy of Homer, actually dug through the city of that period to a settlement that was one to two thousand years older. It turns out there were nine distinct Troys in total over millennia. Frustratingly, had Schliemann stopped digging at number six, we might know more about the Troy of Achilles, Paris and Helen.

Archaeological context notwithstanding, the insights into Troy’s relevance down the ages both politically, artistically and philosophically are fascinating. Romulus and Remus claimed descent from Trojan heroes, as did Brutus (no, not that one) who founded both the Britons as a people, and even London was established as New Troy. It doesn’t stop there; the founders of France and Turkey? Yes, you guessed it – they were Trojans, too. Which begs the question, why did all these places and people want a part of the magic of the Trojans? Rather than the Greeks, say? For that reason, it’s worth going along to find out, though perhaps a more apposite title might have been Homer’s Troy: Myth, Reality and Influence. That would be a more accurate description. 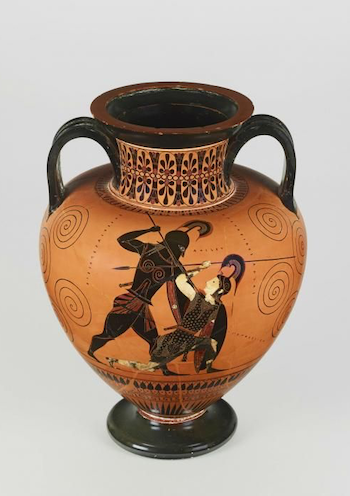 While detail on the history – or, you might say, ‘story’ – might be lacking, there’s plenty of context and the exhibition is rich in artefact and objets d’art, giving a thorough insight into how deeply Troy and its heroes have been embedded in culture over the centuries. There are, too, genuine archaeological finds from Schliemann’s sites – ‘face pots’ from 2500BC – and other, priceless artefacts, from ceramic amphorae from 530BC, Roman frescoes and reliefs offering contemporary context on the period. Well, contemporary in a manner of speaking; we are still talking some 1000-plus years after the events in question, in many cases.

But the curation has tapped a rich trove of illustrious works, including Chatsworth House’s statue of Achilles taking centre stage, the first printed edition of Homer’s works in Greek, printed in Florence in 1488 and part of the Queen’s personal collection, not to mention artists’ renditions of many of the classic scenes, such as Rubens’ Wrath of Achilles. The exhibition, too, comes right up to the present, dare I say it, with recent artworks such as Eleanor Antin’s Judgement of Parisand posters of Wolfgang Petersen’s Troy, among other touches. And while it may seem slightly incongruous to see Brad Pitt’s face in such an exhibition, it does demonstrate quite how significant, relevant and exciting the story of Troy is, and continues to be.

Troy: Myth and Reality is on now at The British Museum, until Sunday 8th March 2020. For more information and tickets, visit www.britishmuseum.org.