Trending
You are at:Home»The Culturist»Books»Black Gold: The History of How Coal Made Britain
By Philip Cottam on November 26, 2022 Books

At first sight, a book about coal does not seem very appealing and that is what Black Gold is about. In fact, it is a fascinating and wide-ranging examination of the importance of coal in British history written with the energy, acute observation and acerbic wit that is the trademark of any book written by Jeremy Paxman. It is full of drama – coal mining was a dangerous industry – but also so much more because of the huge significance of coal in the history of Britain. To quote George Orwell in The Road to Wigan Pier coal was “the basis of British civilisation”.

For Paxman the use of this black rock to make steam was “the alchemy which created Britain’s wealth and power”. His book ranges far and wide covering the influence of coal and coal production, industry, wealth creation, literature, art, empire and politics. As one might expect he gives little or no quarter to those in positions of power and influence whether self-serving Dickensian coalmine owners and industrialists or the sometimes equally self-serving miners’ leaders. Arthur Scargill in particular gets short shrift and is described as “a classic barrack room lawyer” who was also “a preening, arrogant union leader made for the television age”. 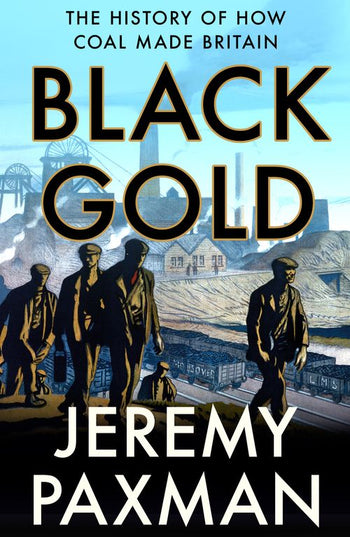 The book is entitled Black Gold after the nickname given to coal because of the wealth it created not just for mine owners but also because it contributed to the creation of wealth in so many other areas, most obviously in industry and transport. It was the fuel which drove the industrial revolution, enabled Britain to become the so-called workshop of the world and powered British global expansion. It acted, Paxman comments, as midwife to the practical genius that lay behind the growth of mechanised production methods in factories, the replacement of wooden wind powered sailing ships with ships made of iron and steel and powered by steam. Not least it drove the disappearance of the stagecoach with the increasingly rapid growth of the railway. Within 40 years of the opening of the Liverpool and Manchester railway in 1830, the first railway for public use, the network had expanded to some 13,500 miles. The demand for coal was also reflected in the massive growth in the numbers of those involved in mining it. In 1800 the Northumberland and Durham coal industry employed 13,000 men; by 1911 it employed over 200,000. 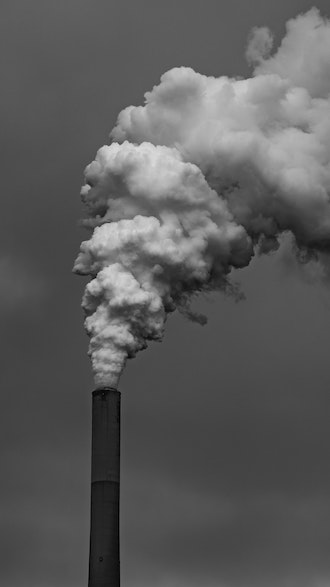 Paxman also makes clear that coal had a longer history in Britain than the industrial revolution. By the 1600s there was already a vibrant industry centred on Newcastle that provided coal to heat houses in London with over 900 ships involved – the origin of the phrase ‘carrying coals to Newcastle’. As for the impact in London both Queen Elizabeth 1 and King Charles 1 complained regularly about the smog and the smells that accompanied it. The diarist John Evelyn wrote of London being a place ‘so full of stinke and darknesse’. That said, it is the 19th Century that sees coal and coal fired enterprises spread throughout Britain. As early as the first decade of the 19th century William Blake is referring to ‘these dark Satanic mills’ as the ‘stinke and darknesse’ had already spread far beyond London. It comes as little surprise then that in Hard Times, first published in 1854, Dickens puts Coketown at the centre of the novel and describes it as a place of ‘machinery and tall chimneys’ with ‘interminable serpents of smoke’.

The terrible toll of life and limb for those who worked underground in the mines is given full weight. Paxman does not shirk the dangers, the disease and the dirt associated with mining and working with coal – whether stoking furnaces or delivering and refuelling on land or sea. He illustrates this sorry part of his story with descriptions of some of the appalling accidents that bedevilled the industry. Indeed, he begins his prologue with the tragic story of the disaster in 1862 at Hartley Mine in Northumberland which saw 204 men and boys trapped underground unable to be rescued despite desperate efforts. The accident created 103 widows and left 257 children and 47 dependent adults with no means of support.

It was a story repeated many times. Between 1873 and 1953 some 85,000 miners died in accidents. This figure does not show those who did not live a natural span because of the effects of injuries suffered or diseases contracted underground. Disease affected many and there are still ex-miners alive today suffering ill health from their time underground. There was miner’s anaemia resulting from larvae entering the body, developing into hookworms and sucking blood from the intestines; osteoarthritis of the hands, knees and elbows; lung diseases of all kinds. An elderly ex-miner told Paxman that “one day you’d see this brave, brawny man in the pit baths, and, a couple of months later he was just this coughing, shambling wreck. Then, you’d hear he’d died”.

Paxman is not entirely bleak. He also looks at how coal improved the quality of people’s lives with the use of coal gas for heating and light, for the improvements in transport and the way that mechanised production put all kinds of implements and utensils within the reach of people who could never have afforded them before. He also looks at the immense impact and influence of coal on the urban landscape and how it was frequently reflected in art and literature – Dickens and Bennett, Turner and Lowry, for example. The arrival of coal gas streetlights and their soft glow may have been accompanied by the smog that afflicted big city life but over time they helped to make the streets of towns and cities safer places. 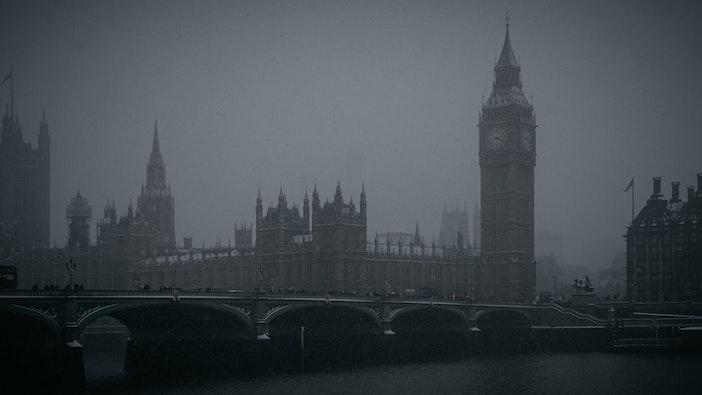 The sinews of empire were also strengthened with the help of coal as ships became steam driven and a vast global network of coaling stations to fuel them was established. This network became as important as the network of telegraph cables in maintaining the security of empire and spreading its influence. Paxman almost seems to take pleasure in describing the dirty, dangerous task of refuelling a steam ship, whether naval or merchant, with coal.

The later parts of the book focus on the politics of coal and the decline of the industry. With the former he describes the bitter battles between the owners and the unions and increasingly the politicians and the unions. The miners and their union were always determined when fighting for their interests, partly because of the strong collective spirit the job engendered and partly because of the tight communities in which miners lived, often adjacent to the mines where they worked. There were even bitter battles fought during wartime over work and pay. Paxman pulls no punches when dealing with the leaders of both sides in the various disputes. That said, he is also fair including to Winston Churchill a hate figure for Welsh miners because of his supposed role in ordering troops in during the Tonypandy strikes. In fact, as Paxman points out, he halted the deployment of the troops by Haldane the Sectary for War, making clear that extra police should be deployed first. 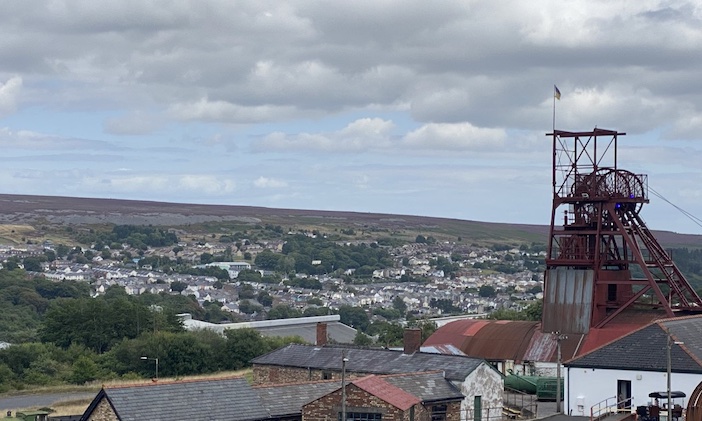 Paxman brings his story to an end with the decline of the industry which in his view was inevitable because so many mines were simply becoming uneconomic largely because their seams were becoming less and less easy to work. The situation was made worse by a combination of appalling labour relations and frequent bad management. Inevitably the 1984 strike and the violence and bitterness it engendered, bitterness that still exists in many places, takes centre stage. This ending is nonetheless written with the same energy, acuity and balance with which Paxman tells his story throughout. No one reading this book will be in any doubt as to how important coal has been in influencing the history of Britain and how much of Britain still remains marked, for good and ill, by the impact of that influence.

‘Black Gold, The History of How Coal Made Britain’ by Jeremy Paxman is published by Harper Collins. Harper Collins are offering 40% off all titles from Black Friday until 2nd December.