Trending
You are at:Home»The Culturist»Books»Books for the Week
By Jerome on January 12, 2021 Books

This week in Books we’ve got a top pick from each of our reviewers. Anne Coates reads a haunting new gothic story, The Quickening, by Rhiannon Ward, Philip Cottam encounters historian-turned-detective Dr Jackson in John Hunter’s The Winder, and Anna Selby enjoys a multi-layered display of story-telling at its finest in Fragile Monsters by Catherine Menon…

The Quickening by Rhiannon Ward (Trapeze)

Set in 1925, The Quickening is a beautifully written gothic mystery. The sense of time and place is acutely observed and chronicled. Photographer, Louisa Drew, who lost her first husband during the war and her twin boys during the Spanish flu epidemic and now unhappily remarried and pregnant, accepts a commission to photograph the contents of Clewer Hall that will be up for auction when the family leaves for India.

Ignoring the warnings of her mother-in-law about the notorious séance, which took place there in 1896, Louisa is intrigued by the strange happenings in the house and the fact that they plan to recreate the séance with the original attendees including Sir Arthur Conan Doyle and his wife. Except for one whose journalist son, George, takes his place.

The setting is ripe for deception and as Louisa carries out her work she finds herself drawn into the sense of conspiracy among the servants and the family. Somehow she is involved and needs to resolve her own situation to face the future. An enthralling, atmospheric novel which will haunt you long after the final pages have been read. Rhiannon Ward is the pseudonym for Sarah Ward, the bestselling and critically acclaimed crime author.

The Winder by John Hunter (Matador) 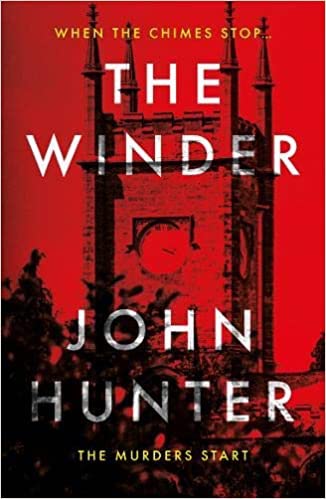 The suspicious death of the elderly winder of the church clock is just the opening round in what rapidly becomes an exposé of serious criminal activity hidden beneath the surface of the otherwise quiet, modest and little known Midlands village of Middle Belford. Arson, improvised explosive devices, people trafficking, disappearances (including that of the local vicar) and signs of a suspicious death in the outbuildings of the local MP follow rapidly on the tracks of the first incidence of foul play.  At the centre of it all is Dr Jackson, a local historian with links to the police. Jacko, as he is known, finds himself drawn far more deeply into the investigation than he ever intended partly because of his insatiable curiosity but also his inability to say no. It turns out to be a far rougher and more dangerous ride than he expects.

John Hunter, the author of this fast-moving tale, is an emeritus professor of archaeology and ancient history. He is a major contributor in the development of forensic archaeology – and as a sideline he has acted as a consultant to the police in over 200 cases. He has now taken to writing fiction. His first novel was a historic one and set in the Scottish Isles that lay at the heart of his academic career. This is his second novel and his first foray into crime fiction. I hope it will not be his last.

His experience of police investigations and procedures and his unrivalled knowledge of forensic archaeology informs much of the story that he tells and provides it with its most convincing scenes. His story soon gathers momentum and moves at a rapid, almost too rapid, a pace. Least convincing are one or two of the characterisations, especially that of the local MP (a caricature arrogant Tory) and the police Superintendent (a box-ticking social climber). That said, in Jacko he has a character who could well become the focus of further adventures in crime and forensic archaeology. I certainly hope so. 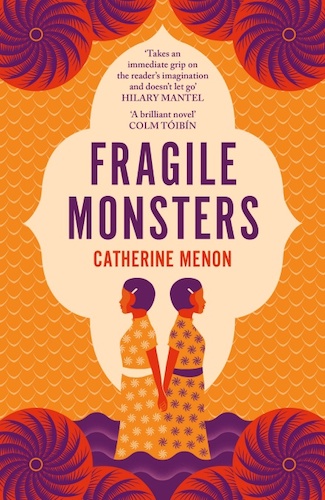 This is a story about story telling and what a fine piece of story telling this is. Set in Malaysia, the story slips easily between the present-day and the life of Durga, mathematician and lecturer, and that of her grandmother, her Ammuma. who has lived through war, the Japanese invasion, prison and famine.

From the moment you start reading, it is clear that this is a story with many layers and many truths. Fires and floods, drownings and madness, swamps and a river that is almost a character in its own right – all recur and interweave. It is the human characters, though – especially Durga and her Ammuma, but also the more minor characters – that capture the imagination and the heart. You care and you want, like Durga, to know. The truth is not so easily caught, however. There’s a touch of magic realism here, or of Bronte gothic there. The plot is tight as a drum and Durga’s emotional rollercoaster of discovery (and self-discovery) is utterly gripping.

It’s an assured, quite brilliant novel – Menon’s first, incidentally. I hope she writes many more.