Trending
You are at:Home»The Culturist»Books»Brexit Books: This Sovereign Isle vs Britain Alone
By Philip Cottam on June 1, 2021 Books

Brexit may have happened but it is still with us. We only need to look at recent events in the waters off Jersey and during the local election campaign to realise that. The wounds created by the referendum campaign and its chaotic aftermath have not yet healed either in the UK or the EU.  Sadly, the referendum campaign was mostly a shouting match in which neither side distinguished itself. The parliamentary shenanigans that followed did little to enhance the reputation of many of our political representatives regardless of which side of the Brexit fence they sat or to which political party they belonged.  This close to the drama, a drama whose last scenes are still being played out, and whose audience is still so divided, it is inevitable that any attempt to explain Brexit is bound to end up taking one side or the other. As their titles indicate – This Sovereign Isle and Britain Alone – this is certainly the case with these two very different books and authors. Given the strengths of feelings involved your reviewer is well aware he is entering a bearpit and that however hard he tries to be even-handed he is unlikely to satisfy everyone. Heigh-ho! 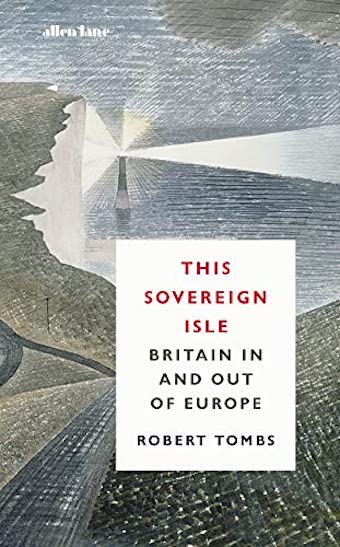 This Sovereign Isle: Britain In and Out of Europe is written by a ‘reluctant Leaver’ as its author, Robert Tombs, describes himself. He voted for remain in the 1975 referendum and was one of many unsure which way to jump in 2016, only deciding to vote leave late on in the campaign. He could certainly never be typecast as a nostalgic imperialist or little Englander. He holds French citizenship and is an emeritus Professor of French History having written extensively on 19th Century France. He has been the recipient of French academic awards. His French wife voted remain and teaches French to diplomats at the FCO. Interestingly, his best-known book, which received rave reviews from across the political spectrum, is The English and their History.The Observer wrote this ‘lucid, definitive and delightful history is a triumph’ while the Sunday Times described it as ‘pithy, punchy and learned’. All that said, Tombs has become an increasingly outspoken Leaver since the referendum and writes frequently for, as well as co-edits, the pro-leave Briefings for Britain website.

This Sovereign Isle is a much shorter book than its magisterial predecessor – the main text is not much over 150 pages – but it is just as pithy and lucid as well as being peppered with the same wry wit. That said, after the first chapter, which provides a clear and unambiguous analysis of this country’s relationship with the continent over the centuries, it is the Brexiteer rather than the historian who gradually begins to take centre stage. The historian starts quite properly with geography pointing out that it comes before history and that islands cannot have the same history as continental plains. He shares the view of Napoleon Bonaparte that ‘if you know a country’s geography, you can understand and predict its foreign policy’. 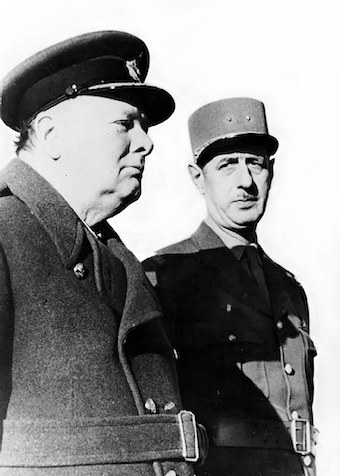 The fact that he chooses to place a quote from another Frenchman, de Gaulle, at the head of his preface confirms the Professor’s underlying approach. “Our neighbours being made for free trade by the maritime character of their economic life, cannot possibly agree sincerely to shut themselves up behind a continental tariff wall.” However, he is never deterministic about outcomes and sees Brexit, for all that it was unexpected, as just the start of a different but still important relationship with our neighbours. So, it is not a coincidence he also chooses to quote the Earl of Bute when he was the Prime Minister in 1762: “Notwithstanding we are insulars, we are either by our political or commercial interest connected with every power in Europe”.

The main strengths of Professor Tomb’s book lie in the breadth of his vision and in the way he unpicks the way in which both sides in the debate tried to manipulate history to their advantage. However, the book is not without its weaknesses, principally but not exclusively, when he deals with the actual departure and its aftermath. Dedicated remainers will justifiably argue that he does not apply the same rigour here as elsewhere in the book to the uncertainties that remain, not just in how successful Britain will be in developing a new political and economic identity but also how the many loose ends that still have to be tied up with an angry and embittered EU will be managed.

Britain Alone: The Path from Suez to Brexit is a different kind of book with a very different viewpoint and a very different author. Philip Stephens is currently the chief political commentator as well as Associate Editor at the Financial Times where he has worked since 1983. It is no surprise then to learn that, like his newspaper, he is a dedicated Remainer. Whereas This Sovereign Isle is really an extended essay based on a wide reading of secondary sources Britain Alone is based on a substantial body of research in the archives and is almost three times as long. Potential readers should not be put off by the length because Stephens has previous form as a writer having written a biography of Tony Blair that, amongst other praise, received plaudits for its readability. Britain Alone combines deep-seated scholarship with a fluency and clarity of expression that holds the reader’s attention. It certainly did mine. 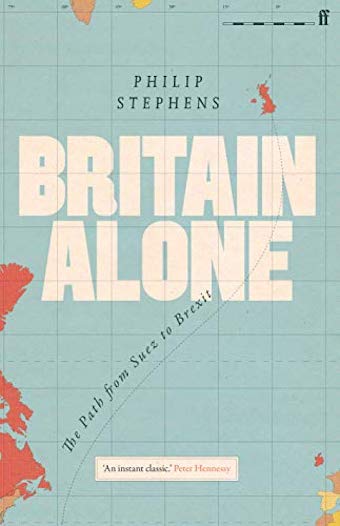 The principal focus of Britain Alone is on the high politics of foreign policy and most of its time is spent in the corridors of Whitehall and the Houses of Parliament. Stephens starts his story with the disaster of Suez as the event which exposed Britain as no longer a great power.  He then charts in great detail what he sees as a story of decline made worse by repeated failures to make realistic assessments of Britain’s diminished circumstances combined with a deluded attachment to a misplaced and anachronistic belief in British exceptionalism that was partly reflected in its determination to be a nuclear power. For Stephens, quoting a US presidential adviser, this was ‘the most expensive status symbol since the colonies’. On the way he looks at every major foreign policy issue from Suez and the retreat from Empire to the humiliation of the exit from the European Exchange Rate Mechanism and the Iraq War ending with what for him is the final disaster of Brexit. For Stephens Brexit is an unrealistic pose that has brushed aside the realities of world politics in preference for, as he elegantly puts it, a  ‘nostalgia that bequeaths precious few choices’.

If Stephen’s argument has an Achilles Heel it is highlighted in his title Britain Alone, the implication being that by abandoning membership of the EU Britain now stands isolated on the international stage. This is to take a rigid not to say binary view of international relationships. Leaving aside the many global links the UK already has there is still a relationship with the EU, albeit different from that which it was, and there are continuing relationships with individual EU states. Brexit has not changed the many common interests that the UK shares with its European neighbours. It is worth noting that while the relationship with France may appear somewhat fractious at the moment given both sides recently despatched gunboats to the seas near Jersey, it needs to be remembered that they have both also committed forces to the NATO presence in the Baltic States and that the French expeditionary force in Mali is supported by RAF helicopters. 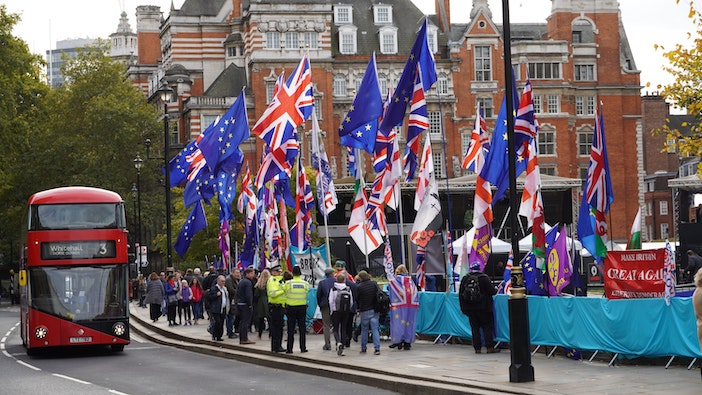 Both these two very different well-written books are worth a read regardless of which side of the Brexit argument one’s sympathies lie. If one has only the time or the inclination to read one of them I would suggest This Sovereign Isle rather than Britain Alone, unless one has a particular interest in the machinations of foreign policy development, simply because its lens is wider and because Professor Tombs takes such delight in poking all sorts of hornet’s nests. That said, while Leavers will feel a degree of vindication Remainers will certainly feel their blood pressure rising at times.

As for the current awkwardness that exists with the EU let us hope that the bruises inflicted by the Brexit divorce will heal and that Alex de Tocqueville was correct when he wrote that ‘trade is the natural enemy of all violent passions because it loves moderation, delights in compromise and is most careful to avoid anger.’ Last but not least, let us also hope that as passions cool the reality of our historic experience – that we have never had to make, let alone ever made, a rigid binary choice between a ‘global Britain’ imperial or otherwise and a ‘European Britain’ but have somehow conducted a balancing act involving both, albeit not always as wisely as we might – will reassert itself.

This Sovereign Isle: Britain In and Out of Europe by Robert Tombs is published by Penguin, priced £16.99. For more information, please visit www.penguin.co.uk.

Britain Alone: The Path from Suez to Brexit by Philip Stephens is published by Faber, priced £25. For more information, please visit www.faber.co.uk.