Trending
You are at:Home»The Culturist»Books»Glossy: The Inside Story of Vogue
By Anne Coates on March 29, 2021 Books

This is the untold story of the world’s greatest fashion bible, Vogue magazine, narrated for the first time through the lens of its editors. What – and most importantly who – made Vogue such an enduring success? Glossy is not just the biography of a magazine, which began life in such an unenterprising way in a small back room and hit the newsstands for the first time on 17 December, 1892, it is a social history set firmly in time and place. Today, 128 years later, Vogue spans 22 countries, has an international print readership upwards of 12 million and nets over 67 million monthly online users. It is not just a fashion magazine but is the bible for the fashion establishment. 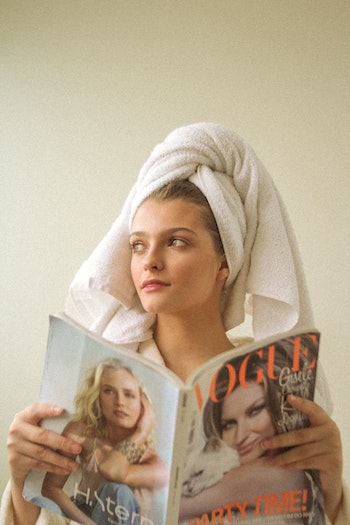 Miralles escorts the reader on an amazing journey charting the story of Vogue, the magazine and the leading players who became integral to its success. In all these years Vogue has only had four proprietors from Arthur Turnure and family to the current Newhouse family who took over in 1959, with Condor Montrose Nast and Lord Camrose in the intervening years.

Fascinating to read about Hearst’s media empire pitting against Condé Nast’s in the early years of their publications. The former had established his National Magazine Company in the UK while Nast sought to be the first to publish a British version of his American success. Londoner William Wood wanted a completely UK version and was aided in this when during WW1 there was a ban on exports after German submarine attacks prevented supplies of Vogue reaching the UK. Another World War and French Vogue’s response was publishing in secret.  Through it all the rivalry between Harper’s Bazaar and Vogue never diminishes.

You get a feel for the book with the chapter subtitles: Backstabbing and Big Business; Scandal in Paris, Swinging Sixties in London; Politics in Fashion and Unfashionable Politics and so on. 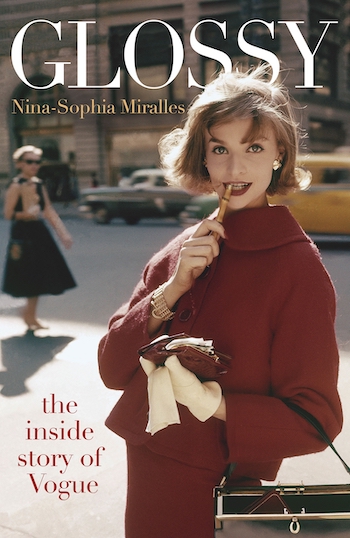 Glossy is a well-researched and entertaining social history of Vogue in every sense of the word. Glossy is a story of more than a fashion magazine. It is, as Miralles writes in the introduction, “the story of passion and power, dizzying fortune and out of this world fashion amazing fashion, of ingenuity and opportunism, frivolity and malice.”

The reader is introduced to the editors and the gossip, high fashion and enthusiasm by decades and brings you up to date with the digital revolution that, first feared has proved a viable adjunct.

The endnotes reveal the extent of Miralles’s meticulous research for what is a perceptive and detailed chronicle of Vogue. Sadly there is no index, which would have been a useful asset and in the contents, the chapters would have benefited from dates in their subheads.

Glossy: The Inside Story of Vogue by Nina-Sophia Miralles is published by Quercus and is on sale now in all good stockists, priced £25. For more information, please visit www.quercusbooks.co.uk.

Nina-Sophia Miralles is a London-based writer specialising in the arts, culture, history and Fashion. In 2015 she founded Londnr, a print and digital publication, where she remains at the helm. In 2016, she won The Hospital Club Top 100 ‘Rising Star’ award, which celebrates influential and innovative people working across Britain’s creative industries. In 2017, Miralles was shortlisted for The Young Stationers’ Prize.

Photos by Laura Chouette and Feeh Costa, courtesy of Unsplash