Trending
You are at:Home»The Culturist»Books»Moonlight and the Pearler’s Daughter
By Lizzie Pook on March 3, 2022 Books

Picked as one of Stylist magazine’s ‘Fiction Books You Can’t Miss in 2022’, we’re delighted to introduce travel journalist and Arb contributor Lizzie Pook‘s debut novel, published today. Inspired by time spent in north-Western Australia researching the pearl diving industry, the story follows the headstrong Eliza Brightwell as she investigates the mysterious disappearance of her father, Bannin Bay’s most prolific pearler…

Eliza has never seen a land that looks so very much like blood. From the deck of the steamer it glistens, stretching wide in a lazy, sun-blurred smear.

She raises a hand against the glare, taking to tiptoes to squint over the polished guard rail. Before her, red dirt jitters in the heat, and the sea is a boisterous, blistering green. There is something unsettling about the weariness of the breeze, hot and filled with the mineral stench of seagrass.

‘We made it, my loves, we did it. Marvellous.’ Her father’s oiled moustache lifts upwards as he grins. He turns from his family to look out across the strange landscape – mirrored bays and shadowy crags the colour of crushed insects. 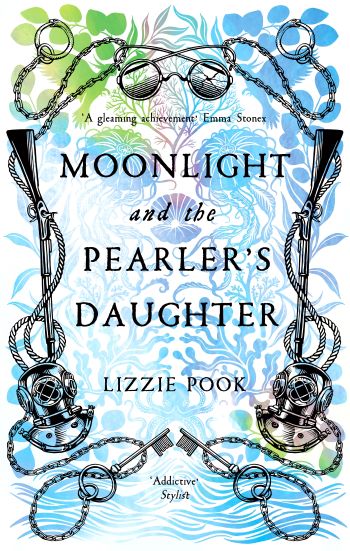 This journey will be what saves them. Father had told them so over mutton and gravy back home. He regaled them with tales of pearl shells first, their shining nacres of champagne, silver and cream. He was to work with his brother to launch a fleet of luggers, hauling shell to sell in bulk to the Americans and the French. The world was already lapping up the spoils of Bannin Bay, turning mother-of-pearl into buttons and the prettiest pistol handles you ever did see.

They’d watched, with jaws slack, as Father had pulled out his old atlas, folded down the page and smoothed his palm across the place called New Holland. ‘Look.’ He showed them, trailing a finger down its western coast. ‘When we’re there, we will be able to forget about all that has happened.’

The beach in front of Eliza flares white and harsh. Dunes, sharp with swaying saltbush, ripple far into the distance. Below the rail, gulls skirl around a jetty that unfurls like a crocodile’s crooked tail into a long gut of mangroves.

Her father gives the order and leads them steadily off the ship – her uncle Willem, her aunt Martha, followed closely by her mother and brother. Thomas is a head taller than her now, conspicuous in this heat in his short trousers and smart pressed jacket. Glancing back, she can see the hunched shoulders of stevedores. In grubby vests and moleskins to the knee, they lug what remains of the Brightwells’ belongings out of the ship.

Grasping at her mother’s skirts, Eliza steps down to the jetty. As she does, and with the speed of a knife over lard, her feet slide from beneath her and she thuds, backside first, onto the planks. The odour is obscene but she places a flat palm on the greasy wood. There are fish scales smeared about and stringy meat going crisp in the sun. ‘Come, Eliza. Brush yourself off.’ Her mother extends a broad, comforting hand.

Eliza rubs her elbows, smooths her skirts and lets her mother tug her to her feet. The sun has scattered coins of light across the sea; they make her eyes swim with stars. Looking up, she finds the sky obscured by the crescent of her mother’s silk hat, the brim so absurdly wide she has seen men cowering from it back home. How odd she seems against this strange new place, Eliza thinks, like a dragonfly, once resplendent, marooned in a bucket of old slop water. 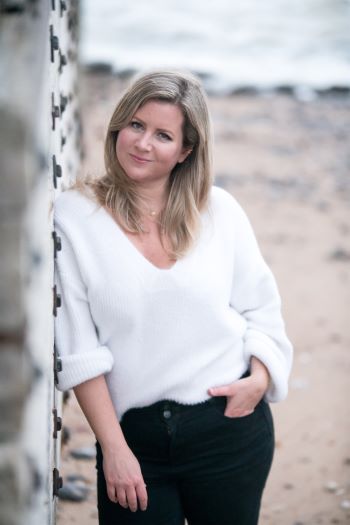 They continue down the jetty, her father and brother striding ahead. Sweat pools in the crooks of her elbows and at the creases behind her knees. Beside them, men watch unflinchingly as they pass, turning caulking mallets, hammers and dirtied blades in rough hands. Her mother pays them no heed – an easy task for someone accustomed to admiration –  and looks instead across the shoreline and out to the shot silk of the sea.

‘You see, my girl, it’s beautiful.’ She smiles and kneels to the height of her daughter. Eliza hears the rush of liquid before it happens. Sees the movement at the corner of her eye but turns away a heartbeat too late. With a sigh it splashes across them – thick with chunks and foul-smelling. It slides with grim slowness down Eliza’s face. They turn together towards a man who has frozen in position, sun-grizzled as a raisin and with only a few grey teeth. He holds a barrel full of fish guts under an arm and a cracked palm raised in surrender.

‘My apologies,’ he gasps, although a smile plays about his lips. ‘You ladies got right in the way. I beg your pardon.’ He stands aside to let them pass. ‘Please.’

Her mother gives a huff as she jerks her daughter sharply onwards. Smearing the guts from her cheeks, Eliza turns to see the man remove his hat. She watches as he hawks a knot of phlegm from his throat, depositing it at his feet with a gluey string of spittle. Her mother quickens to an appalled trot, still pulling at Eliza’s arm, but she keeps her head turned backwards.

The words barely reach her before they are snatched by the breeze. Four words she’ll always remember.

‘Welcome to Bannin Bay,’ they say.

Moonlight and the Pearler’s Daughter by Lizzie Pook is published in hardback, ebook and audiobook on Thursday 3rd March 2022. For more information, including details of stockists, please visit www.panmacmillan.com.