Trending
You are at:Home»The Culturist»Books»Notes from an Apocalypse
By Philip Cottam on June 12, 2020 Books

Given our current struggle against the scourge of Covid 19, the publication of Notes from an Apocalypse could not have been better timed; it is essentially an investigation of some of the highways and byways of modern apocalyptiana. The what? Prepare to meet the doomsday preppers and survivalists with their weapons and dried food; the real estate salesmen selling shelters ranging from modest World War II ammunition bunkers ripe for conversion to luxury underground complexes for the wealthy; the billionaires buying land in New Zealand for their personal escape; the people attending conferences to discuss the settlement of Mars as a ‘back up planet’; the eco-warriors running wilderness camps; the worried urbanites with their escape rucksacks under their bed, and the so-called adventure tourists visiting the Chernobyl exclusion zone. 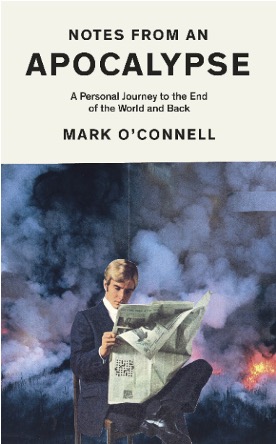 The apocalypse or TEOTWAWKI – ‘the end of the world as we know it’ – being prepared for includes the strike of an asteroid or rogue planet, a global pandemic, or a ‘Carrington Event’ (a massive eruption on the surface of the sun that would disrupt all our means of communication). There again, it could be a nuclear holocaust caused by war or another, but worse, Chernobyl, the collapse of national and global supply chains leading to widespread social and institutional failure and global warming or ‘carbon extinction’ as it referred to by eco-warriors. In the past an apocalypse was one terrible single event. Today, it would seem we are faced with a slow lingering decline involving all the four horsemen at the same time. Covid 19 has by chance given us all, survivalists or not, practice in the self-isolation and self-sufficiency they preach.

Mark O’Connell’s investigation is a journey through the apocalyptic anxieties that have started to infect the outer edges of mainstream popular culture. This journey ranges from the safe shelter of his home in Dublin to the wild and untainted beauty of New Zealand, the eeriness of the Chernobyl exclusion zone, the great empty spaces of South Dakota and Indiana and the even emptier and far more hostile landscape of Mars – albeit from within the earthly comfort of a convention centre in California. But the journey he takes is not just geographical, it is also political and, for him at least, therapeutic.

The politics are all part of the mindset that drives the survivalists and preppers, whether  a billionaire like Peter Thiel, the founder of PayPal, or someone like James Rawles the so-called ‘conscience of survivalism’ and author of the most widely read handbook on surviving any coming apocalypse – How to Survive the End of the World as We Know It. They may have different starting points but both believe in the coming collapse of the interconnected supply chains we have all come to depend upon. For Peter Thiel his guide to the future is The Sovereign Individual – How to Survive and Thrive during the Collapse of the Welfare State by James Davidson and William Rees-Mogg, the father of Jacob. They argue that when the collapse comes the nation-state will be replaced by city-states dominated by a wealthy oligarchy. Thiel is taking the threat very seriously with the creation of his own Noah’s Ark in New Zealand that includes the inevitable panic room. James Rawles, on the other hand, is focused on the idea of the establishment of a redoubt for conservative libertarian-leaning Christians and Jews in the mainly rural mid-western states of the USA where, in so-called ‘sheep dog gangs’ they can defend themselves against the coming anarchy. How they will both respond to the fact that, despite all that may have gone wrong, the current pandemic has not yet seen the collapse of society remains to be seen. 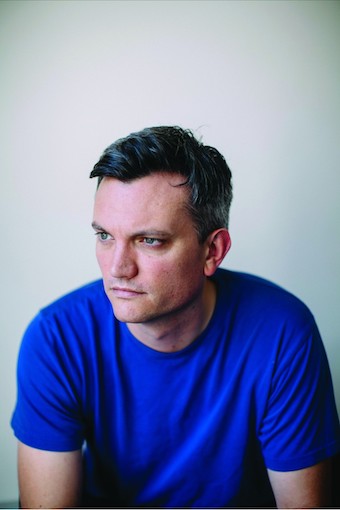 O’Connell’s therapeutic journey is more personal and comes from the anxieties, and there are many, the author seems to suffer from. They start with a few pre-existing ones such as the fragility of life and the responsibilities of parenthood. As an urbanite, he finds the reality of nature in the raw rather alarming and not just because he finds putting up a tent something of a challenge. Towards the end of the book he suggests that writing it has been a form of exposure therapy that may have cured him of his apocalyptic anxieties. I do hope so as otherwise this journey can only have added to his collection of anxieties given the number of diversions there are in the book examining them – often in some detail.

The book is well entitled Notes as that is what it sometimes feels like given the many other diversions it also contains. These range from interpreting The Lorax of Dr Seuss as an anti-capitalist text to using the story of Easter Island as a metaphor for what consumerism is doing to planet earth. That said, the book is full of the interesting and the unexpected. Not least is discovering that ‘chernobyl’ when translated means ‘wormwood’ the shrub used to signify a curse in the Book of Revelation and that in his later years Stephen Hawking shared the Mars colonists belief that humanity needed to find a new home on another planet. The book is not without humour: James Rawles’ American Redoubt is full of installations likely to be nuclear targets in the event of a nuclear war; one of the survivalists when left by his wife ended up eating his dried food survival rations rather than face cooking real food.

For some readers it may seem they have entered a theatre of the absurd, for others it may possibly fill them with alarm. It certainly opens a door on a cultural zone in which most of us have spent little time. For anyone feeling too doom-laden and in need of a stiff gin and tonic as a result of this unusual but well-written journey to the shores of Apocalyptiana, let me suggest Matt Ridley’s The Rational Optimist as an antidote.

Notes from an Apocalypse by Mark O’Connell is published by Granta Publications and available from all good stockists, RRP £14.99.