Trending
You are at:Home»The Culturist»Books»Rivers of Power by Laurence C Smith
By Philip Cottam on July 15, 2020 Books

Rivers of Power is a book about geography for non-geographers. Don’t stop reading now even if all you remember about geography was warm, wet, westerly winds or sheep farming in Australia. This is a book that moves from a lyrical retelling of our planet’s genesis to Steinbeck’s Cannery Row. Even the inevitable technical matters are discussed with great clarity and a refreshing lack of jargon.

The author, Laurence Smith, is currently Professor of Environmental and Earth Sciences at Brown University Rhode Island (previously Professor of Geography at UCLA). He wears his erudition lightly. His elegantly written introduction evokes a true sense of wonder, tracing the emergence of rivers from when the first rains began to fall and the unceasing contest between the erosive power of water and the upward movements of shifting tectonic plates. Having set this first geomorphological scene, Professor Smith turns his attention to the equally unceasing struggle between rivers and humanity ­– our attempt to manage and control them and their impact on our physical, social and political habitat. 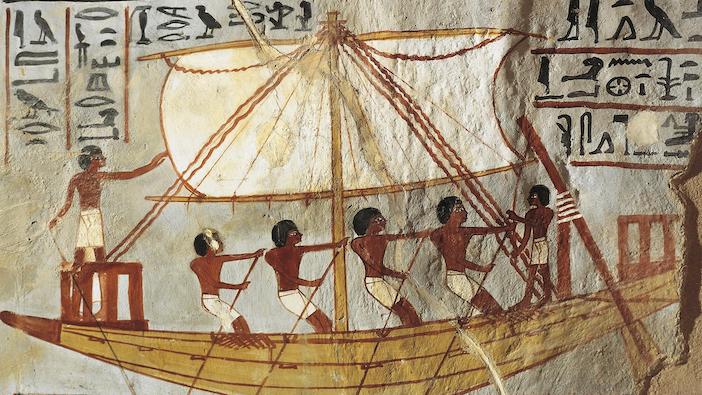 Rivers have always been central to human existence even if the significance attached to them has varied over time. It is no coincidence that early civilisations, cities and farms are found next to rivers. Rivers provided more cost effective transport than carts pulled by draught animals and river water provided irrigation for crops and drinking and bathing water for the population. It was, though, a fraught relationship and, despite the benefits, these early societies were frequently at the mercy of their rivers. The Harappan civilisation along the Indus valley, sophisticated and extensive though it was, collapsed when the river changed course. The Egyptians may have developed ‘nilometers’ to measure the volume of Nile water year on year but still could not protect themselves from drought and floods.

The power of nature remains as devastating as ever despite modern engineering and Professor Smith underlines this with his examination of the New Orleans and Houston floods. However, the scale of human ambition in managing rivers continues to grow exponentially bigger – think of the Chinese ‘South to North Water Diversion Project’ and the Indian ‘National River Linking Project’. Both are designed to move water from areas where it is plentiful to where it is scarce or where demand is increasing beyond the local capacity. The engineering involved is extensive, the timescale is in decades and the costs are in tens of billions of dollars. 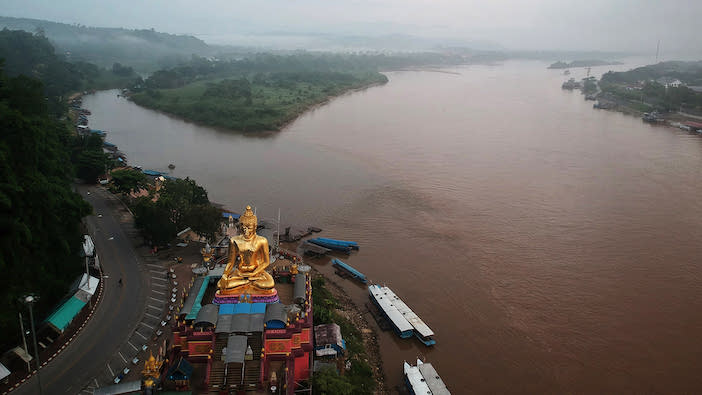 Ever since the publication of Rachel Carson’s ‘Silent Spring’ in the 1960s there has been a slow but growing realisation that the costs of modern water engineering have not just been financial. They have ranged from the displacement of peoples to the pollution of the fresh water on which they rely. Professor Smith’s eloquence in explaining these damaging costs is balanced by his advocacy of the increasingly innovative schemes being developed to mitigate or  repair them. The recovery of the Carmel River, so beloved by John Steinbeck, from the damage created by the San Clemente Dam is a case in point. That said, he also rightly deplores the wilful damage done to the Environmental Protection Agency by the current US administration, an agency which since the 1970s has played a significant role in combating pollution of all kinds. 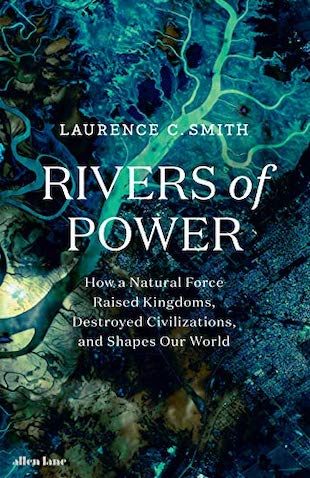 The politics of rivers and river water once dominated by the use of rivers for trade or as political boundaries has started to shift. The emphasis is now on the control of water as an increasingly valuable resource and on how to reduce the impact of industry and large scale water engineering on water purity and water ecosystems. The former is often international especially when major rivers such as the Nile pass through several countries and the upstream country starts to interfere with the downstream flow rate. The latter is often, but not always, a matter of domestic economic politics. The multi-national negotiations over developments on the Mekong are certainly about far more than just water flow. However, geographical location is everything when it comes to rivers and the political power they can provide. The Chinese control of the water tower formed by the Tibetan plateau from which the Mekong, Yangtse and Yellow rivers flow not only gives them absolute control over two of their major rivers but also great influence over developments along the Mekong and the five other countries that rely on its water.

The only unsatisfactory moments in the book are when the author ventures into what is sometimes little better than anecdotal history for beginners. China receives this treatment as do aspects of the Second Word War. For reasons that are unclear the RAF Dambusters Raid, dramatic though it was, receives inordinate attention. These occasional meanders into history may lack the force of the rivers they mention but it should not deter anyone from reading what is otherwise an engaging, well-written and often thought-provoking book.

Power of Rivers by  Laurence C Smith is published by Allen Lane and available at all good stockists. RRP £14.99 (hardback), £9.99 (Kindle). For more information, visit www.penguin.co.uk.