Trending
You are at:Home»The Culturist»Books»The Cousins of Pemberley
By Anne Coates on November 1, 2022 Books

During the pandemic, lockdown for some people brought inspiration and increased creativity. When Linda O’Byrne’s sister, Valerie, admitted how sad she felt, the author wrote a scene set in a forest during a time some twenty years after the end of Jane Austen’s Pride and Prejudice. Valerie loved it and demanded more and thus the idea for a series of ten books, The Cousins of Pemberley, was conceived, the first three have been published: Cassandra, Catherine, and Miriam. 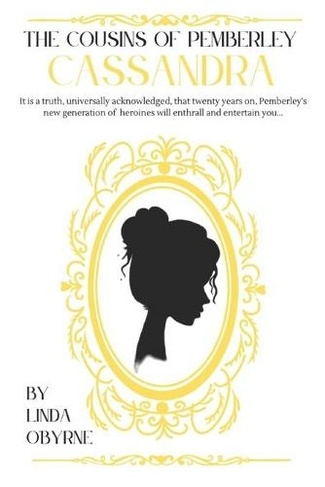 Ms O’Byrne isn’t the first author to continue one of Austen’s masterpieces. Indeed during lockdown I watched the live streaming of the Original Theatre Company’s Being Mr Wickham co-written and performed by Adrian Lukis who played the cad George Wickham in the renowned BBC adaptation of Pride and Prejudice. This production, in which Wickham gives his version of events and life with Lizzie, was superb and Wickham is an engaging character. In the first book of Linda O’Byrne’s The Cousins of Pemberley, his fate is less convivial.

Each of the volumes concerns one of the female cousins related to the Bennet girls and the actions centre, unsurprisingly from the title, in and around Pemberley where Elizabeth lives with her husband, Darcy, and their brood of children:  twins Anne and Jane, Benneta, Fitzwilliam and Henry. Her favorite sister, Jane Bingham, lives relatively nearby but her health has deteriorated since the birth of a late child.

In the first of a series of ten books, Cassandra Wickham, the daughter of the flirt Lydia who, having been widowed, is now married to an odious colonel in the army. Cassie is an innocent abroad in a world where money can buy anything – including a bride. When Cassie discovers her mother’s and stepfather’s dastardly plans, the one man she thought she could rely on lets her down. There is only one place she can run to in the hope of rescue – Pemberley and the generosity of the Darcys, family she hardly knows. 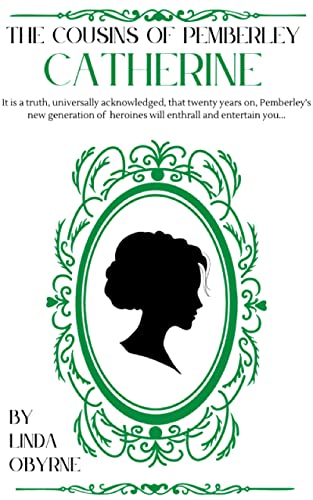 If Aunt Lizzie and her proud husband breathed a sigh of relief seeing Cassandra finally settled, they were unprepared for the arrival of another cousin (this time the step-daughter of her sister Kitty) needing their intervention. In Catherine, the rather plain daughter of Reverend Collins whose common-sense is thought to be an ideal quality for her to become a governess. However appearances can be deceptive as everyone soon discovers.

For Miriam her arrival in England from Africa after the death of her father ahead of her mother Mary was a rude awakening. She had heard nothing good about her mother’s relatives. Pemberley had never seen anyone quite like her but naturally they rallied to her aid…

This series follows the well-trod path of romance: each young woman meets her love at the beginning of the book but obstacles and misunderstandings abound before their fates are sealed. And that makes The Cousins of Pemberley series an enjoyable, light and ultimately uplifting read.

Linda O’Byrne, who has previously been fiction editor of Woman’s Weekly, Woman & Home and Bella Magazine as well as conceiving the paperback romance series, Images of Love, lives in Kent. When not writing, she is a keen member of her local drama group as an actor and director while managing her large garden – doing daily battle with the heron who thinks her pond is his own breakfast buffet – and keeping in touch with friends and family scattered all over the world.  The Cousins of Pemberley is out now, published by Spellbound Books.

Anne Coates is a journalist and author of the Hannah Weybridge series of crime thrillers set in 1990s London published by Red Dog Press.