Trending
You are at:Home»The Culturist»Books»The Crown: The Medieval Years
By Philip Cottam on November 18, 2020 Books

With the new series of The Crown gracing our screens, it seems fitting that this week we give a nod to some royal history. Philip Cottam takes a look at an often overlooked monarch in a new biography, ‘Henry III: The Rise to Power and Personal Rule’…

King Henry III reigned for 56 years, the fourth longest of any English monarch and the longest of any medieval king. Despite the length of his reign he is probably one of the least known of English rulers. The best that the witty primer of English history ‘1066 and All That’ could accord Henry was a few modest sentences describing him as a nondescript and confused kind of king ‘only memorable for having seized all the money in the Mint, imprisoned himself in the Tower of London and, finally, flung himself into the Bosom of the Pope’. 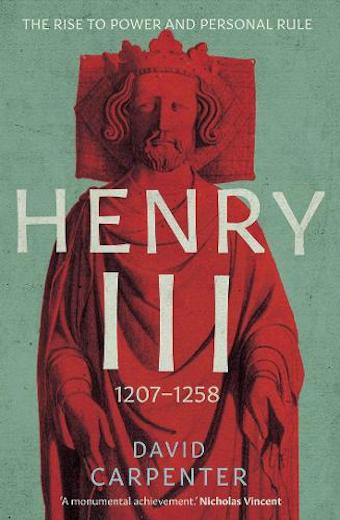 This description certainly lacks the chivalric qualities it associates with good kings such as Henry’s grandfather Henry II, ‘a just king’, his son Edward I, ‘a strong king’ or his grandson Edward III, ‘a romantic king’.  At least it is more favourable than that accorded to his father King John, ‘a bad and awful king’.For all its humour the judgement in ‘1066 and All That’ would appear not to have been that far off the mark given that Thomas Wykes, a chronicler of the time, regarded Henry as ‘useless and inefficient for disposing of the affairs of his kingdom’.

Despite this less than glowing reputation Henry III has become the subject of what is probably one of the best biographies of any medieval king.  It is certainly not often the print run of an academic tome sells out as quickly as has this magisterial first volume. It is a just response not only to the exceptional depth of Professor David Carpenter’s scholarship but also to the quality of his writing. The general reader will find as much reward and enjoyment as the expert medievalist.

The writing is clear, accessible and engaging even when dealing with financial  issues such as the recoinage or the politics involved in Henry’s Sicilian venture. A particular strength is the humanity and vividness with which David Carpenter is able to bring the many individual characters to life, not least Henry himself. Their strengths and weaknesses are illuminated with a combination of the views of their contemporaries as well as the judicious insights of the Professor.

Medieval English kingship was very much a personal family business, with all the jealousies and feuds that can come with family, the more especially when,  as a result of dynastic marriages, the family has crossed the Channel and became embroiled in international politics. It was a business made all the more challenging by the small size of the crown bureaucracy and the fact that the crown did not have a monopoly of military force. A medieval king depended on the support of a majority of the great barons of the realm. Without them, effective governance and the stability of the country was at risk and the ability of a king to raise the money needed to pursue his ambitions, of whatever kind, was severely limited.

Successful medieval English kings, such as Henry II, Edward I and Edward III all combined in varying measure physical and military prowess, a practical sense of the possible and  the people and political skills needed to keep enough powerful and ambitious great barons on side. It was the persistent failure of Henry’s father John to exhibit these skills effectively that resulted in the Magna Carta, that seminal document of English legal and constitutional history. 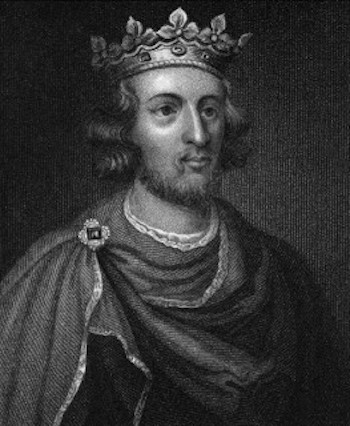 Henry III may have been affable and well-meaning, unlike his father, but what emerges from David Carpenter’s biography is a man whose lack of the military virtues so important for most successful medieval kings, was not counterbalanced by sound judgement of the real worth of those he chose to surround himself with and of many of the projects he chose to pursue. Sadly, he lacked both political and military skill, at least one of which was needed for sustained success.

That Henry survived for so long was largely due to two factors – luck and his reputation for piety. Luck he certainly had, not least in surviving the battlefield of Evesham in 1265 but also during his minority – he was nine years old when he succeeded his father. The luck was in being looked after by a group of outstanding royal servants: Stephen Langton, the Archbishop of Canterbury who had played a leading role in the opposition to Henry’s father and in the creation of the Magna Carta; the elderly William the Marshal, a model of a chivalric knight whom Langton described as ‘the best knight that ever lived’; Hubert de Burgh, a leading baron under his father who defeated a French invasion fleet coming to overthrow him at the Battle of Sandwich in 1217.

As with so much that he did even his piety was exercised carelessly and with a prodigality that stood in contrast to the genuine humility of Edward the Confessor his favourite saint. What remains of Henry’s piety is to be found in his greatest and most long lasting monument – Westminster Abbey – which he built in honour of the Confessor. 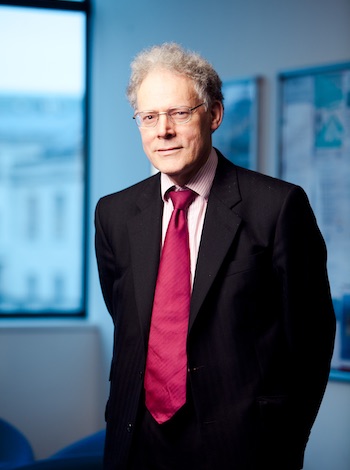 This outstanding biography reflects Professor Carpenter’s lifelong commitment to untangling not just the high politics of  13th Century England and the significance and impact of the Magna Carta but also of so much more: how people lived, their sense of humour and how they partied, the changing nature of the coinage and the economy, religious sculpture and architecture, the working of the law and its officers at both monarchical and local level. Above all it shows that good intentions alone are not enough. They have to come with the skills needed to implement them successfully. The balance of skills required may vary from age to age but successful leadership at any level, in any age, always requires more than just good intentions. Let us hope that Professor Carpenter’s second volume of Henry’s reign will not be long delayed.

Henry III: The Rise to Power and Personal Rule by Professor David Carpenter is published by Yale Books and is available at Waterstones and all good stockists.