Trending
You are at:Home»The Culturist»Books»The Inca: Lost Civilisations
By Anna Selby on May 2, 2022 Books

The geography of the Andes led to 10,000 years of isolation for its inhabitants and the culture that developed there reached its peak in the civilisation of the Inca. By the time the conquistadores arrived a unique society had developed with its own myths, history and beliefs, a “writing” system based on knotted strings, and no trading currency – who was there to trade with?

The Inca is part of an ongoing series published by Reaktion Books “Lost Civilisations”. Kevin Lane begins, though, by questioning just how lost the Incas are. They are not, unlike the Sumerians, the Phoenicians, the Egyptians (other titles in the series) lost in the mists of the time. They were still functioning just 500 years ago. The purpose of this book then is to reach back and try and grasp a civilisation that was at the height of its powers at the same time as Europe was enjoying the Renaissance. 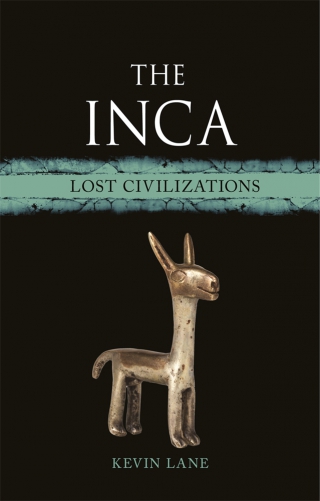 Lane begins with the forerunners of the Incas – colonisation of the Andean mountain range began about 11000BC. The Moche, for instance, built huacas their pyramidal temples around 250-850AD. The Nazca built their mysterious Nazca Lines out in the pampas. Later, the Wari were to build an empire. What we know of these peoples is purely down to archaeological research. There are no written records, as there are none for the Incas themselves who never developed a written language. So the earliest written records came from the conquering Spanish who did not understand the indigenous languages of the Andes very well and were certainly foxed by the social, cultural and religious aspects of the society they now ruled.

Inca scholarship is then far from straightforward but Lane unwinds a thread that takes us from creation myths to the languages of the Inca (Quechua and Aymara are still spoken), from their art and architecture to the godlike status of the ruler himself, the sapa Inca (the unique Inca), a descendant of the Sun. There are fascinating chapters on the very complicated state religion, the impressive road, canal and suspension bridge network, food and farming, and the quipu, the coloured, knotted strings that the Incas used for record keeping.

Of course, Lane relates in detail the fratricidal civil wars that had already erupted before the arrival of the conquistadores and the final confrontation between Pizarro and the last pre-conquest Inca, Atahualpa. Already weakened by pestilence – smallpox being the worst, but there were also mumps, typhus and influenza, against none of which did the Incas have immunity. Over the next 50 years, a population of some 12-15 million were reduced to just one million. The Spanish established their empire and the rest, as they say, is history.

This is a thoughtful book, beautifully illustrated and offers a fascinating insight into the largest land empire in the Americas. A must for anyone heading for the Machu Picchu trail.