Trending
You are at:Home»The Culturist»Books»The Island of Missing Trees
By Anna Selby on June 10, 2022 Books

Elif Shafak is a British-Turkish author whose writing I have always found breathtakingly beautiful. Her most recent novel, The Island of Missing Trees, is no disappointment.

Set across different time zones and told by different characters each with a different perspective, it is, at its heart, a Romeo-and-Juliet love story. Romeo is Kostas, a Greek Christian on the island of Cyprus and his Juliet is Defne, a Turkish-Cypriot Muslim. The date is 1974 and they are teenagers. 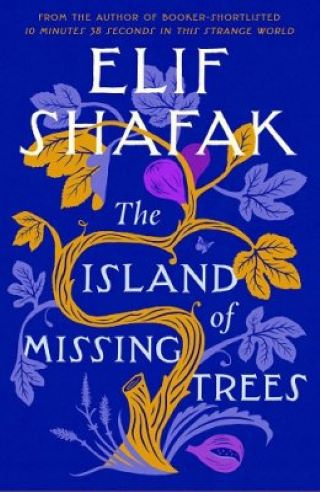 Of course, they fall in love and defy the odds to meet in secret as both their families would be horrified by their cross-cultural relationship. Then things get a lot, lot worse. As I said, it is 1974 the year when Cyprus, was torn in two by inter-communal violence.

Their meeting place was a tavern in the capital, Nicosia, had a fig tree growing in its centre and this (or the cutting taken from it and transplanted in a North London garden) is one of the voices that tells the story, with remarkable clarity and disinterest, of the war and its consequences.

The voice of the fig tree is interwoven with that of Ada the 16-year-old daughter of Kostas and Defne. She has never visited Cyprus and never met any members of her family until the arrival of her aunt who comes to stay.

Shafak deals with an immensely complicated history with even-handed ease and the even more complex emotions of her characters with clarity and compassion. An engrossing and uplifting read (with some fascinating botany on the side).

A Sunday Times Top 10 Bestseller and shortlisted for the Costa Book Awards, The Island of Missing Trees is out now in paperback, published by Viking. For more information, please visit www.penguin.co.uk.