Do not let the unusual title The Second World Wars confuse you. This is a book about the Second World War – the title, though, reflects the view of its author, Professor Victor Davis Hanson, that it began as a series of rather traditional wars about territory and resources. It then, he argues, only morphed into one vast inter-connected global struggle in 1941 when Germany attacked Russia and declared war on the USA and when Japan attacked the USA at Pearl Harbour and Britain in Hong Kong and Malaya. 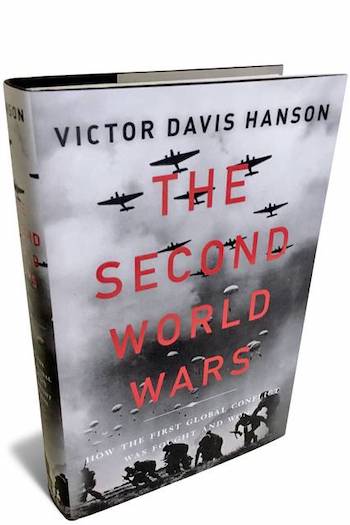 In writing yet another book on how the Second World War was fought and why the Allies won Professor Hanson has not only entered a crowded field but one long dominated by Professor Richard Overy’s superb ‘Why the Allies Won’ published in 1996. However, even if you feel you have read more than enough about the Second World War, Professor Hanson brings to the subject not just his unusual background as a classicist but a truly extraordinary command of detail on display – detail that is never allowed to overwhelm the clarity and energy with which he presents his often provocative arguments.

Unexpectedly (coming from a classicist – he’s a specialist in ancient military history), the most unusual aspect of this book is the management consultant approach it takes towards the conduct of war. At its core is a forensic analysis centred on the strategic aims of the six principal combatants – Americans, British, Russians, Germans, Italians and Japanese. In particular, he looks at how the resources and equipment they fielded matched the strategic and operational objectives they were pursuing and at how these compared with those being fielded against them. At the same time he also provides a clear-eyed audit of the rationale and quality of the decision making that lay behind the choices they made.

This is certainly not narrative history nor the style of most recent writing about war. Anyone in search of the smell of cordite, the chaos of battle or the trauma of the individual soldier will be disappointed. If you’re looking for the atmospherics of war and the desperate individual human tragedies it always brings look instead at the work of writers such as Anthony Beevor and Max Hastings. However, while there may not be individuals’ stories or much ethical debate here, this book certainly makes clear the terrible costs involved when even the best of decisions are implemented and achieve success. No one has expressed this notion better than Wellington after the battle of Waterloo: ‘Nothing except a battle lost can be half so melancholy as a battle won.’

Professor Hanson’s fundamental argument is that the Allies were bound to win once they had mobilised their vastly greater demographic, industrial and financial resources, producing an avalanche of powerful statistics in support. Take the industrial capacity of the Allies and of the USA in particular. At sea, the USA and Britain built close to ten times more tonnage of shipping than that built by their enemies – at the end of the war, the US Navy had 6,700 ships having started with 790. 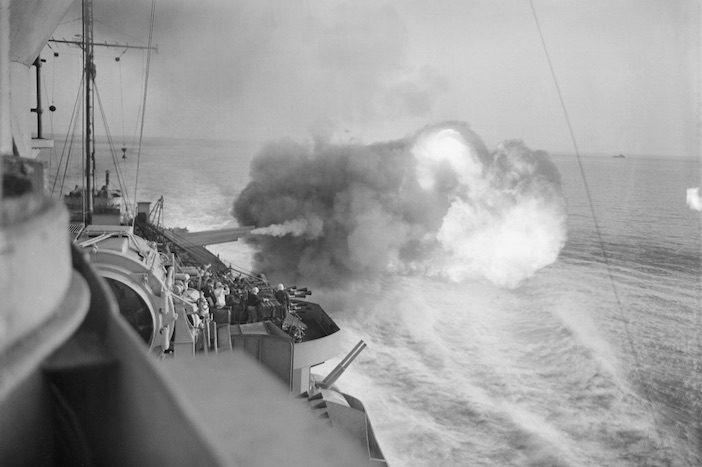 It’s the same story with aircraft. The UK and USA produced more than twice as many aircraft as all their enemies combined, Britain alone producing over 40,000 more aircraft than Germany. It was much the same on land with the Allies producing three times more tanks and armoured vehicles and ten times more artillery pieces than the Axis.  It was American and British domination of sea and air as well as their geographical locations that ensured their home bases remained secure and enabled them to launch and support their expeditions overseas, whether on mainland Europe or in the Pacific.

Professor Hanson’s view that success in war in the 20th Century was more a matter of industrial and economic resources than soldiery excellence may well seem over-deterministic given that Russia and Britain had to weather the initial assaults of the Axis and that there were clearly moments when the survival of both seemed in doubt. However, even though the Germans continued to have an edge in terms of operational and tactical skill and in the excellence of some of their equipment – at least for the land battle ­– they could not match the Allies complete domination of the air, overwhelming artillery firepower and, not least, seemingly endless quantities of replacement equipment. Quantity can sometimes have a quality all of its own. They were also confronted by the increasing professionalism of the Allied armies, a professionalism hard won. ‘The battlefield became our teacher and, inevitably, it exacted a grim price in blood and time’ was how Sydney Jary, a young platoon commander, described the learning process in his memoir ‘18 Platoon’. 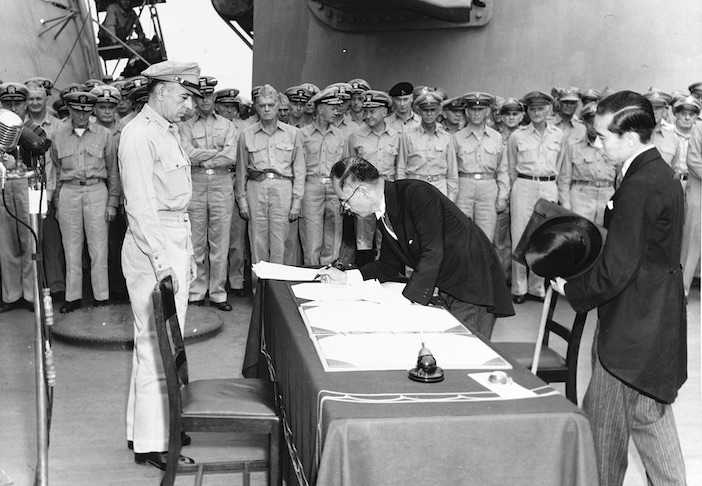 For all its emphasis on resources and strategic geography, this book’s most important message is about decision making and leadership. War, perhaps more than any other human activity, is fraught with unintended consequences. However careful the decision-making process, what happens on the field of battle hardly ever goes as planned. That is why rational strategic decision making not overly influenced by ideology – let alone political rhetoric – is so important. The Germans, Japanese and Italians in varying measure allowed their political and ideological rhetoric to cloud their strategic and military judgements. This was made worse in the case of Germany by the megalomaniac obsessions and military ineptitude of Hitler. Russia might also have gone the same way under Stalin until, after the disasters of 1941, he realised the need to trust the judgement of generals such as Zhukov and Vasilevsky.

The USA and Britain on the other hand were not only blessed with two outstanding political leaders in Roosevelt and Churchill but also with two clear-thinking and strong-minded leaders of their armed forces in Marshall and Alanbrooke. They both had the respect of their political leaders and could, and frequently did, stand up to them. If Professor Hanson’s book does nothing else it should persuade its readers of the huge cost of confusing rhetoric with reality. The last two decades have also surely illustrated that where war is concerned political wishful thinking remains as costly and dangerous as ever.