Trending
You are at:Home»The Culturist»Dance»Beauty and the Beast
By Rachel Fellows on October 26, 2014 Dance

Ballet thrives on its fairytales. In some people’s minds, the two are synonymous. Although that might be a tad simplistic, it is certainly true that ballet has the ability to sweep you away to another world. The theatrical stories, the exquisite and almost superhuman physical forms of the dancers, the lavish scores, the resplendent sets, the striking costumes – all combine to wash over one’s senses. The scope is practically unlimited, and so it’s disappointing when that opportunity to amaze is missed. Beauty and the Beast is, you would think, prime fodder for a ballet company yet The Birmingham Royal Ballet’s production, though pretty and proficient, lacks the magic, drama and emotion that would – and should – enliven and excite an audience.

You’ve got a beautiful and virtuous young girl who is unfortunately promised to a fearsome beast, and the two have to break the ice. Against the odds, they fall in love, freeing the Beast of his curse and turning him back into the handsome prince he once was. But not before a big mix-up sees him cheat death of broken heart. Phew. Sadly, this passion, this drama, just didn’t come through at Sadler’s Wells, where the Birmingham Royal Ballet stopped off on their nationwide tour.

Tyrone Singleton manages a suitably menacing Beast through a charismatic and brooding performance, even from behind his mask. His Gothic-inspired costume suits his roguishness, and accentuates his strong movements as the tails of his scarlet coat swish behind him. Broadly speaking, the costumes are terrific and very evocative. 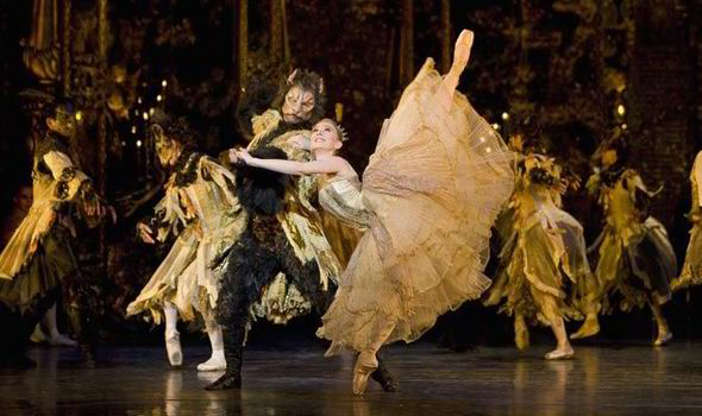 However, we are never truly brought to understand why or how the central love affair transpires. We don’t even see it happening. One moment, Belle and the Beast have just met and it’s all a bit awkward. Then, an interval drink later, we sit back down to see them waltzing away like the king and queen, blissfully happy and the toast of the palace. What was in that glass of house red? It’s not all plain sailing from there, as the Beast then proposes (apparently for the hundredth time, though we have to rely on the programme notes to tell us this) and Belle recoils in horror. Why the sudden change of heart, Belle? You’re happy as Larry playing the golden couple, but you just don’t want to commit – is that it? I’ve never thought of Belle as a common-or-garden gold digger before.

And she’s not. It’s just that the plot is presented to us in fairly basic form, and we are only given the key events rather than any colour, or development in between. The choreography is pleasant enough but fairly tame, giving Elisha Willis no chance to develop the character of Belle beyond her surface. Willis’ performance is thus rather carefully placed and doesn’t incite much passion. There are odd moments where she lets go – typically in the pas de deux, which have the most lyrical moments of any – but she is otherwise decorative, with an oddly stodgy bourée.

There are gleefully entertaining moments when the enchanted palace comes to life – the candles, the jugs, the throne-like chair that hugs its inhabitant. One only wishes there were more of those delightful moments, so artfully enabled by Philip Prowse’s clever set. That’s what children will expect from the fairytale, and there would be no harm in giving it to them. The story is otherwise diligently carried out, which makes the light relief of Belle’s father’s house – with its ‘Ugly Sisters’ fighting over a rich buffoon at a country wedding – seem a little out of place and somewhat gratuitous. Although, there is a very funny cameo from the company’s ballet mistress, Marion Tait, as a crippled but forthright grandmother insistent on joining in the festive dancing. 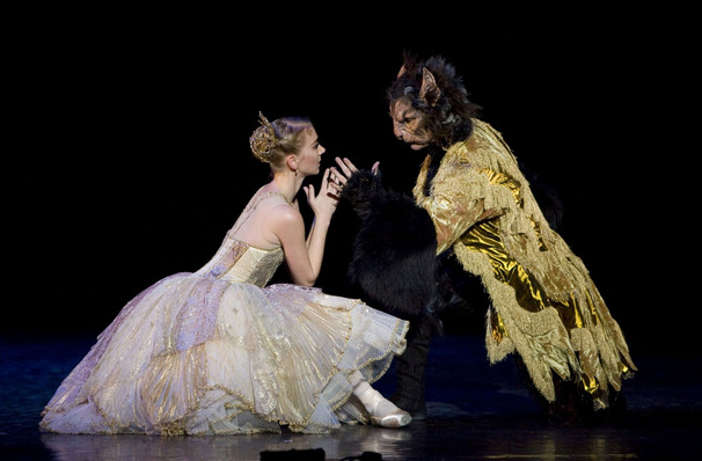 The whole thing is overseen by Glenn Buhr’s score, which is indulgently romantic in style but not exactly groundbreaking. And that’s the trend here: everything is very nice, but not particularly advanced, nor inventive. The result is underwhelming. The problem is that with a story of this nature, you’ve got to commit either to going in the pantomime direction (like the joyous and highly comical La Fille Mal Guardée, which is utterly silly), or you’ve got to delve much further into your characters and storyline (like the masterpieces that are Cinderella and The Sleeping Beauty). To flounder somewhere in the middle by offering hints at generic fairytale characters and half-baked romances, interspersed with odd moments of wit, means that you achieve neither sufficient humour, nor drama. And the latter, though sometimes longer, does not have to be too heavy.

With this production, David Bintley seems to lack faith in his audiences’ ability to stick with a more complex story. Fairytales are enrapturing – that’s why children can watch them until their parents are blue in the face – and any depiction of them must celebrate every wonderful aspect. The Birmingham Royal Ballet’s production simply displays the main elements and, as such, loses the magic and all-important sparkle that one so hopes for.