Zoomed out? Had enough of virtual entertainment? Want to visit a real theatre? Me, too. And, praise be, Sadler’s Wells has opened its doors for the first time since lockdown with a 70-minute offering of dance, film, music, poetry and five different groups of artists who will leave you breathless.

Breakin’ Convention is Sadler’s Wells’ festival of hip-hop, held every spring since 2004.  It’s spread across all areas of the building and even outside it – colourful, vibrant, interactive.  Well, that was last year. This year, it was postponed for the obvious reasons and is now showing as a stage show for two nights only (tonight being the last chance to see it). 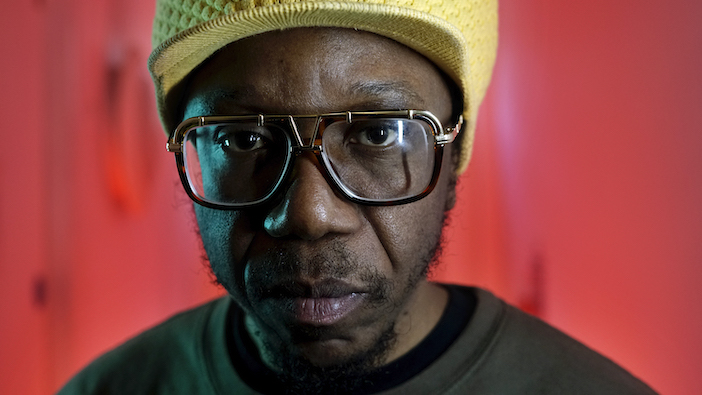 There are plenty of precautions for the audience but also for the dancers, so each of the three live groups is separated by a filmed dance work while the stage is cleaned for the next performance. Think of it as a kind of interval – because to keep the audience socially distanced, there isn’t one.

In fact, one of the films, Our Bodies Back, created during lockdown by American poet and performance artist Jessica Care Moore with Breakin’ Convention founder Jonzi D was one of my highlights of the evening – beautifully filmed by Ben Williams and movingly danced by Nafisa Baba, Bolegue Manuela and Axelle ‘Ebony’ Munezero. 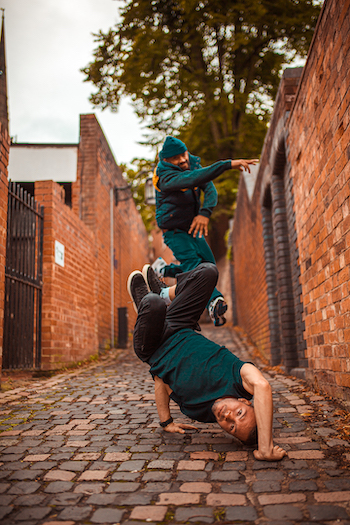 One % (photo by Ivan the Wizard)

The lockdown has a pretty much centre stage position, as you’d expect. This year’s Social DisDancing tag says it all really. It was certainly highlighted in the opening number Suspended by the London-based all-female popping crew, A.I.M. Collective. At the start, the five dancers were in their own isolated square bubbles of light (and hats off to the lighting throughout for creating some stunning effects on an otherwise bare stage). The dancers gradually come together, as if they’re learning to move again, all fluidity and musicality. It builds into the most joyous piece of the night.

O’Driscoll Collective One % is a powerful duet for two men but it’s really about one mind and its dualities. The dancers, Jamaal O’Driscoll and Marius Mates are astonishing. OK, I know in hip-hop you’re going to expect strength and flexibility but at times they were heading towards the super-human. There’s a bit of Cossack, a bit of boxing, a lot of angst but I swear these guys can fly.

Long-time Breakin’ Convention favourites, Boy Blue were back with Untethered 3.0. A multi-racial group of seven, they rounded off the night with boundless energy in a series of thrilling raw dance sequences and the most sophisticated choreography and performance of the night. 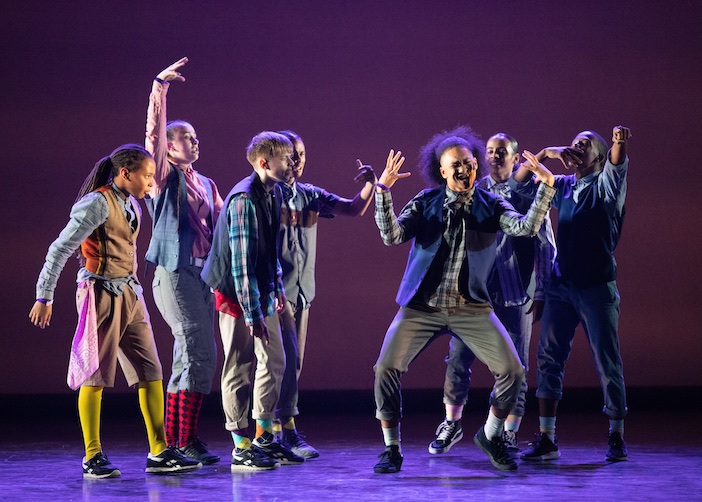 It’s great to be back in the live theatre but understandably people will be cautious and, of course, the theatre is taking every Covid precaution extremely seriously. There are timed slots for taking your seat and, at the end, you wait till you’re called to leave. You must wear a mask throughout, there are plenty of hand sanitisers and the theatre is thoroughly cleaned between performances. Seating is widely spaced – you don’t feel uncomfortably close to anyone. And, OK, it’s not the same buzz as a packed auditorium but it is a pre-vaccine shot in the arm of joy and dance.

After these two performances of Breakin’ Convention, Sadler’s Wells is open again on 17 December with its Christmas show, Ballo Arthur Pita’s The Little Match Girl which runs to 27 December. For more information, and to book tickets, visit www.sadlerswells.com.