It is always such a pleasure to see this fine company back at Sadler’s Wells and last night was no exception. Certainly, judging by the full house, I would suggest I’m not the only one to appreciate them and maybe their short run (four nights with just three left) could be extended next time.

This time, they’ve brought a triple bill and, while the first was one I’d seen before, I was more than happy to see it again. Blake Works I is a classic by the renowned American choreographer, William Forsythe. Set to rather melancholy songs by James Blake, pretty much the entire company is involved in this piece which, in contrast to the songs, is wonderfully uplifting. 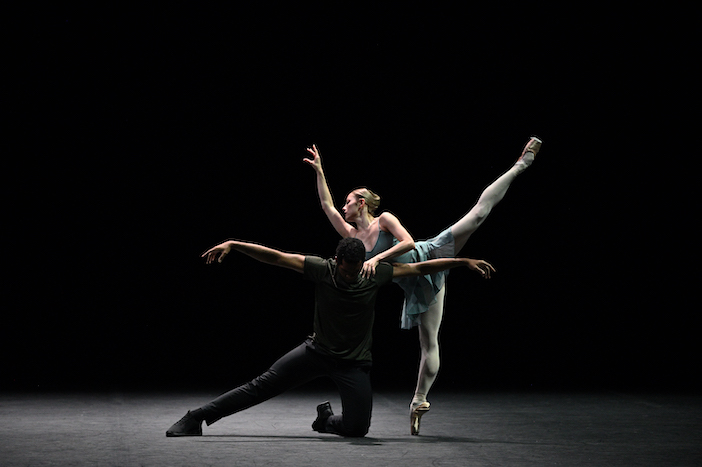 The dancers have some bravura choreography to tackle – they make it look easy – interspersed with cheeky hip drops, angular shapes and fleet footwork. Emily Suzuki and Junor Souza have an emotional duet full of fleeting touches in “The Colour in Anything” and the duet “f.o.r.e.v.e.r” with Emma Hawes and Aitor Arrieta makes a touching finale. Everyone dances like they’re having the time of their lives.

The second piece, Take Five Blues, is set to Nigel Kennedy’s version of the jazz standard (along with a bit of Bach), Recital. This is another piece you might have seen as it’s an extended version of the original created by Stina Quagebeur and televised during lockdown when we all needed this great shout of joy. The dance, like the music, is syncopated and multi-layered. There are jazzy and contemporary moments in the choreography, complex patterns and a big helping of style.

After two pieces of pure dance, the final one is the Swedish choreographer, Mats Ek’s version of The Rite of Spring, a story ballet if ever there was one. Now, the original Nijinsky version for the Ballets Russes in 1913 is a pretty hard act to follow – but many have tried. There have been versions by Massine, Martha Graham, Bejart, Kenneth MacMillan and Pina Bausch – her version was created for ENB in 2017 and has become regarded as one of the best. In fact, Ek himself did his own interpretation of Stravinsky’s driven pulsating score way back in 1984.

This time, though, he felt he had a different story to tell. “It seems to me it is more urgent today than before when the subject of young women being forced into a tradition has become a major topic,” he says.

Ek’s Rite of Spring looks very different from the original. Gone are deep, intense colours and heavy costumes in favour of Marie-Louise Ekman’s loose pyjama-like white and pearly pink suits and the stage is wide, light and bright. The Mother (Erina Takahashi in fine form) is preparing her reluctant Daughter (a dazzling Emily Suzuki) for her wedding. When she meets her arranged Bridegroom (Fernando Carratala Coloma) they do make real contact, discovering a tentative tenderness – but only after the Daughter has torn off her veil. This intimate moment is destroyed by the village who storm in en masse, led by the Mother and all outraged by this failure to obey the rules. 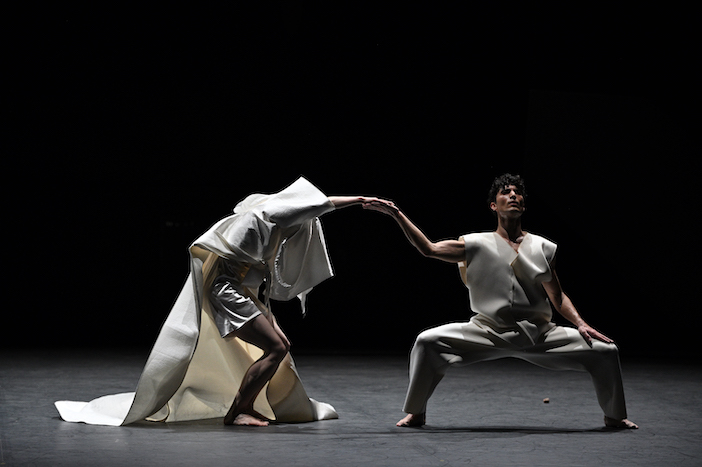 This is a very different kind of sacrifice from the original Ballets Russes one: the sacrifice is not needed to ensure the future and fertility of the clan, but rather to ensure the conformity of its members. Does it work? Clearly, it is a timely comment and the ENB dancers, as ever, dance to their utmost. For me, though, it lacks the fury and frenzy of the original and its ability to shock. Take away the older versions, though, and what do you have? A visually beautiful story, dramatically told and danced with real conviction.

We don’t see enough of ENB in London – let’s hope they’re back soon.