Trending
You are at:Home»The Culturist»Dance»Revisor at Sadlers Wells
By Anna Selby on March 4, 2020 Dance

Vancouver-based Crystal Pite and Jonathon Young make a formidable team. Their last collaboration, Betroffenheit, received unmatchable accolades for its treatment of a very personal story of grief (it was inspired by the death of Young’s own daughter and her two cousins in a fire). This time, in Revisor, they have taken a very different tack – farce.

It is based on Gogol’s 1836 play, The Government Inspector, in Russian, Revizor – and all wordplay is very much intentional. It’s a story of political corruption and greed. And then, when a rumour surfaces that an undercover inspector from central government is coming to town, a mood of hysteria grows with the fear of exposure. 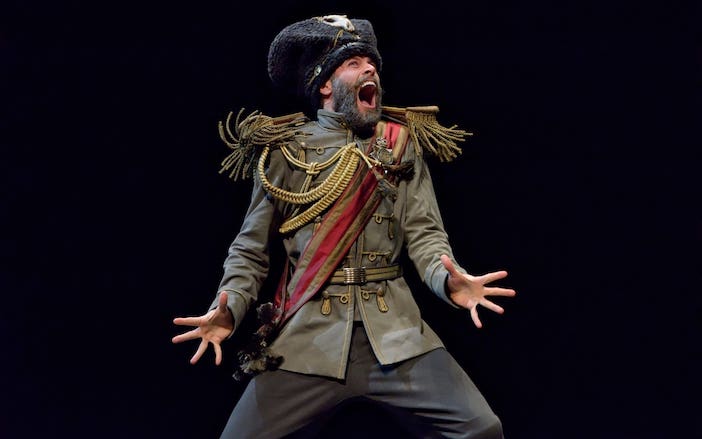 In fact, it’s the revisor who comes to town (a lowly and penniless civil servant – his job is to correct the placing of commas in documents). He catches on fast, though, and enjoying the parties and the hand-outs of the town’s officials, he milks their mistake for all it’s worth.

Now all this is abundantly clear because this piece has a soundtrack that is predominantly the spoken word. Writer Jonathon Young has pared Gogol’s original down to the bone and the dancers embody the play’s original roles, down to lip-syncing the words. The characters’ actions are enlarged to grotesque proportions, cartoon-like, limbs entangled and increasingly frenzied, as they literally fall over themselves to impress the “government inspector”.

The farce – and there are moments here that are truly hilarious – comes complete with military uniforms and handlebar moustaches. All this disappears in the second half, though, when revision itself takes centre stage. 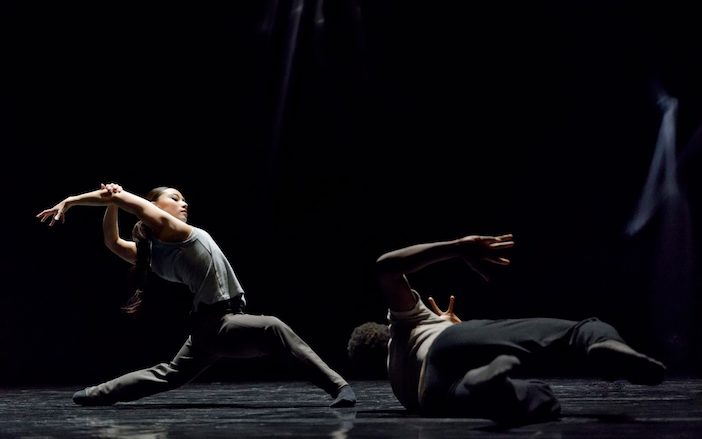 We start again at the beginning but the costumes have disappeared and the play, Gogol’s words and the characters are deconstructed, analysed, put back together. The choreography itself is considered, reconsidered, changes direction before our eyes. Everything becomes darker, more abstract, more disturbing. The dancers are ever more interlinked, whether human chains, wrestling together on the floor or forming frozen momentary tableaux vivants.

The eight dancers in Crystal Pite’s Kidd Pivot company are just superb, equally masters of absurdism and lyricism, the coruscating and the hilarious. It’s mesmerising. I cannot begin to guess where Pite and Young’s next production will go. I just hope they bring it back to London.