Trending
You are at:Home»The Culturist»Dance»The Royal Ballet’s Romeo and Juliet
By Charlotte Skeoch on January 16, 2012 Dance

How is Romeo and Juliet incessantly referenced? Let me count the ways… Bernstein and Sondheim spilled buckets of Shakespeare-inspired blood all over New York City; Victoria Beckham named a child after the eponymous hero; Dire Straits lamented the transient nature of the teenagers’ love over undulating guitars; Zeffirelli camped it up, Baz Luhrmann gave it sequins and feathers; and Gounod, Bellini and Sutermeister all jumped the operatic bandwagon. We love it because we’ve been in love, and we’ll never tire of it because each time we become entangled in the web of desperate longing, we yearn for an ending that doesn’t include poison, daggers and death. 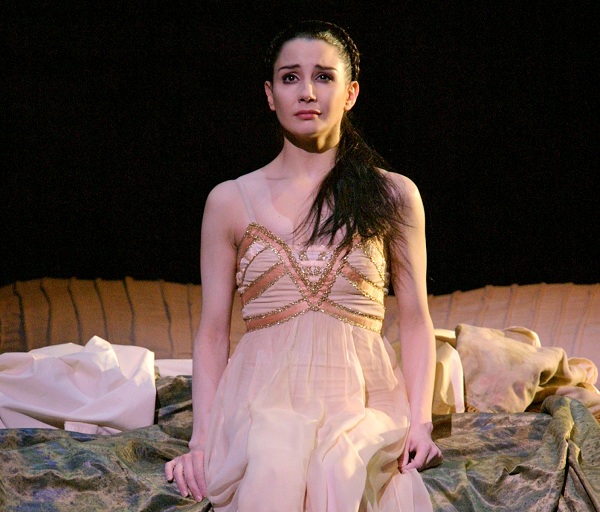 Kenneth MacMillan’s balletic interpretation first hit the stage in 1965 and, lo and behold, just like every other Shakespearean imitator before it, the sentiment and spectacle remain fresh today. Set to Prokofiev’s indomitable score, and exquisitely nurtured by the talents of Tamara Rojo and Carlos Acosta (note: the casting is different for each performance), The Royal Ballet’s production of Romeo and Juliet is a maelstrom of heartbreak, elation and spirited sass.

As I am the proud owner of a heart colder than Belgrade’s branch of Iceland and obstinately stubborn tearducts, public displays of gushy emotion are a rare occurrence for me. But by the close of Act 1, as Acosta’s Romeo yearned for his Juliet with every virile tendon in his body, my eyes were doing an excellent impression of the Niagara Falls. Much of this hideous slip in cold-hearted standards must be attributed to the emotional manipulation of Prokofiev’s score: from the lyrical swelling of the strings in the overture and foreboding descent of bolshy brass accompanying the spirited sword fights, to the pertinacious nerve-jangler that is ‘Montagues and Capulets’ (which nowadays, unfortunately, provokes titters of recognition from fans of BBC’s The Apprentice – hardly Prokofiev’s dream reaction, I should imagine), it sweeps you up on a tide of teenage lust and regal magnitude. I challenge you not to feel like you are luxuriating in a bath of musical milk and honey listening to this score.

But I shan’t lay all the blame at Prokfiev’s feet. The stellar dancers were shameless tearduct-teasers too. Rojo, especially, dazzles as Juliet. This production really shows off the acting talents of these ballerinas, and Rojo puts many a professional to shame with a performance that exudes fragility, longing and despair. Her bourrées in parallel are a choreographic joy: turning the feet in lends a childish 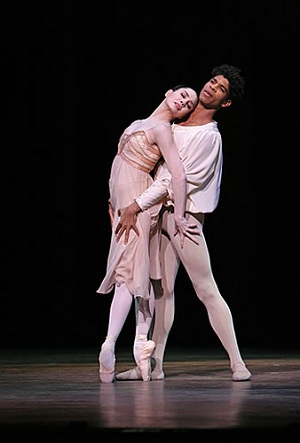 vulnerability to the conventional (and hideously over-used) bourrée; every time Rojo drifts up en pointe in parallel a little piece of your heart breaks. Acosta gives a solidly dependable performance, although the laddish Montague trio – Romeo, Mercutio (Jose Martin) and Benvolio (Kenta Kura) – had plenty of sprightliness, but fell shy of technical perfection, with a sad lack of virtuosic finesse. The crowd scenes, often recognised as the weakest choreographically, were a riot of colour, if a little haphazard. However, their chaotic nature conveys the madness of Italian street life with accuracy – perhaps a little too much to be appropriate for the stage. Christina Arestis’ Rosaline stood out in these scenes as a feisty madam, moving at the speed of light, leading from her snaky hips and shoulders – everything you could want from a flirtatious harlot.

MacMillan’s choreography is overflowing with joie de vivre and creativity even decades after its first outing. Breaking the rules of the staid classicism of many traditional ballets, Macmillan’s Romeo and Juliet is abundant in naturalistic simplicity that conveys meaning to an audience that might not be fluent in the limiting language of the old choreographic masters. Tybalt throws himself through the air in desperate abandon as he dies, Lady Montague’s despair hints at the tortured brutality of Martha Graham’s choreography – all fists and female strength – and Juliet’s dead body is flung around the stage by a frantic Romeo with an intoxicating mixture of grace and floppy morbidity. If you associate ballet with painted-on smiles, twee tutus, a numb bum and little emotional gravitas, book your ticket for the Royal Ballet’s Romeo and Juliet right now… and prepare to have the cynic knocked right out of you.

Romeo and Juliet is in rep at the Royal Opera House until March 31st. For more information and to book tickets, visit www.roh.org.uk/romeo. Watch the trailer: