Trending
You are at:Home»The Culturist»On Screen»Babylon at Battersea Power Station
By Toby 'Lawrence' White on January 25, 2023 On Screen

There’s an old saying in Hollywood, that you’re only as good as your last film. And every director, bar none, has a bit of a turkey they have to contend with once they’ve been thrust into the limelight. But it’s how you recover from that that defines you. Spielberg’s had a few successes following the flop of Sugarland Express that came after Jaws; George Lucas found other ways around the embarrassment of Howard the Duck with his space franchise; but then Michael Cimino could never get over the disaster that was Heaven’s Gate after he made his name with The Deer Hunter. So, what of Damien Chazelle, following the sit-up-and-notice Whiplash and the awards-sweeping La La Land? Could he get back in the game after First Man failed to launch?

He’s come back with Babylon, a cautionary tale of the excesses and failings of Hollywood in the twilight of the silent era. Sound familiar? Far from disguising this as a contemporary take on Singin’ in the Rain, he’s made a tribute to it. If you didn’t already know – and assuming you’ve seen the Gene Kelly classic – Babylon is riddled with references, overt and subtle, from the whole premise of the waning matinee idol and the arrival of the talented ingenue during the changing landscape that came with the arrival of sound, and all its notable sequences within, from the ‘mac-and-marching title number, elocution lessons (it’s Pitt this time, in cinema-versus-theatre tete-a-tete) and the audience ridicule of the ‘I love you’ scene at early attempts at dialogue – not to mention an absolutely riveting, jaw-grindingly painful sequence showing the on-set tribulations shooting a scene when rudimentary sound recording was first introduced. 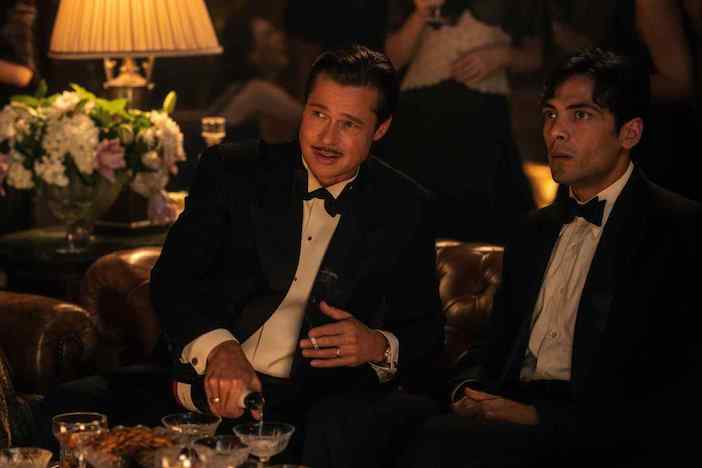 But this is no remake. In the spirit of similar contemporary takes on classics, it’s barely even a reimagining. It is to Singin’ in the Rain what The Dark Knight is to the ‘60s Batman TV series; it’s taken the innocence of nostalgia and given it a dark, visceral – and truthful, in many ways – spin and injected it with steroids. Brad Pitt, in a suitably sybaritic take on Douglas Fairbanks Jr, is a jaded, booze-fuelled leading man against Kelly’s clean-cut hero; Margot Robbie’s Nellie LaRoy is aeons apart from Debbie Reynolds’ innocence, her insecurities are painted over her face as much as the cocaine she’s consuming, and it’s all wrapped up in the last days of Rome decadence the title suggests.

Clearly, Babylon is Chazelle’s passion project. The plus three-hour run time notwithstanding, the extravagant set pieces (the 20-minute opening party sequence makes Moulin Rouge look like a kids’ tea party) are delivered with big, bold execution and stylistic flourishes. But there’s an underscore to the action; told through the eyes of relative newcomer Diego Calva as Manny Torres, Damian Chazelle is wearing his pain on screen. He’s having a go at his own industry, subtlety, intelligently, and telling us just how difficult it is to bring us the art form we’ve enjoyed for over a century.

What goes on behind the scenes is nothing like the veil of effortlessness and synchronicity we witness in the finished article, and this is captured in a coda during which Manny, 20 years on and having long-left the industry, takes in a film. It’s Singin’ in the Rain, of course, and his recollections are juxtaposed against the audience’s delight, before a montage of cinematic highlights over the decades remind us of why we go to the cinema, and indeed, what cinema is; simply, a collage of colour and sound – but, boy, what a collage of colour and sound. 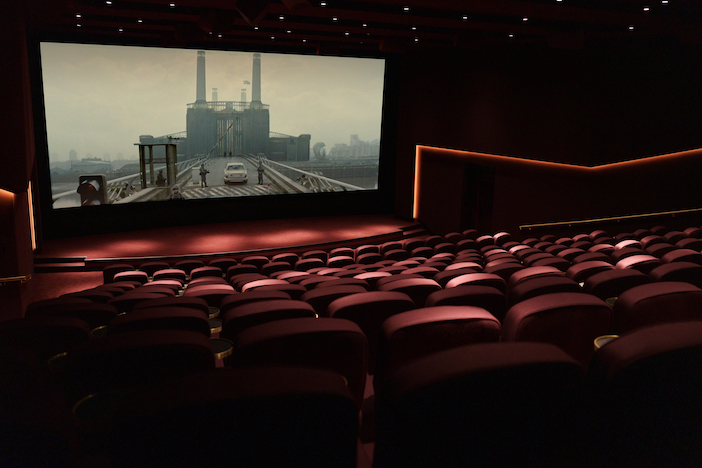 Babylon is a spectacle, and deserving of a suitable setting itself. As if to emulate its grandiosity, I try the new Cinema at the Power Station, recently opened at the top of the former turbine hall at Battersea Power Station. It being breathed back into life, with nods to its former incarnation (much of the fabric of the building and art deco detail has been retained – the Control Room ‘B’ bar even features the original control panels in its design), the cinema is decked out with state-of-the-art Dolby surround and, in a fitting nod to the main feature, as I crack open an Old Fashioned from the cocktail fridge, the programme included a montage of the power station’s role in cinema – a tribute, perhaps, to its own incarnation of Babylon.

Babylon is currently screening at The Cinema at the Power Station and selected venues. For more information, including details of showtimes and amenities, please visit www.batterseapowerstation.co.uk.