Trending
You are at:Home»The Culturist»On Screen»The Crown Season 5: Review
By Paul Joyce on November 11, 2022 On Screen

As our beloved youths, abusers of our Sky boxes, would say, “It’s about to drop,” apparently meaning that a new series is about to start. Well, on November 9th The Crown Season Five indeed dropped in spades, leaving the question in many minds as to what is the main constituent, be it dung or fertilizer? Effluent or entertainment? Probably both if truth be told, and I for one have watched hour after hour of guano unwind in front of my glazed eyes as the witching hour again approaches. Now we have another 6,000 minutes of royal wrangling to feast upon. God Save the King!

In our state of apparent unending political and constitutional crises, the question of timing for this series frankly seems irrelevant. Rather like This England it appears as if fact and fiction coalesce, even before the headlines become fodder for fish and chips. Life takes on the aspect of a speeded-up movie and we are sucked in as spectator/participants. Wasn’t it Oliver Stone who said, “The camera lies 24 times a second”? 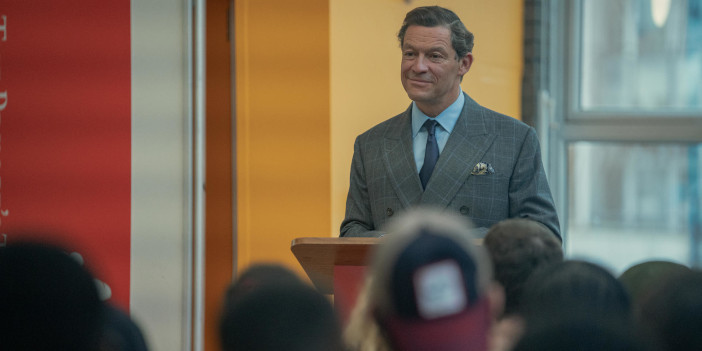 It might be that we are actually living through The War of the Roses 2 with Republicans lining up against Constitutionalists. For Netflix, of course, this is manna from heaven, as in essence they have created a Royal version of Coronation Street with The Palace standing in for The Rover’s Return. Why not try it on twice weekly along with Eastenders and The Archers? Here we are then, an everyday story of countryfolk, too rich to relate to, too middle-aged yet to die. An endless saga of Range Rovers and standard Rollers crossing driveways through automatic gates, tea and whisky swilled in chintzy drawing rooms, pain swamping out any hint of pleasure and all amidst the constant presence of an intrusive and aggressive media. What’s not there for us ordinary folk to relate to?

“The Crown has represented a significant decade for the Royal Family – one that has already been scrutinised and well-documented by journalists, biographers and historians and has always been presented as a drama based on historical events.” Netflix

Now we have acting royalty playing real royalty: Jonathan Pryce, Imelda Staunton, Dominic West, many with honours given by the very Queen that they are here stigmatising. One has to ask why such screen veterans choose to take on controversial roles of people already familiar to us? First it must be the purely actor-ish challenge of capturing those individual characteristics which we recognise almost unconsciously as indelibly associated with famous personalities. Beyond that is the desire to bring an individuality to the role, something perhaps of themselves, a carapace or cloak of invisibility to hide behind. From series upon series the baton is passed from talents young to old, as many luminaries including knights of the realm line up to play even what might be described as mere cameo roles. At this rate Sirs will be in short supply pretty soon. 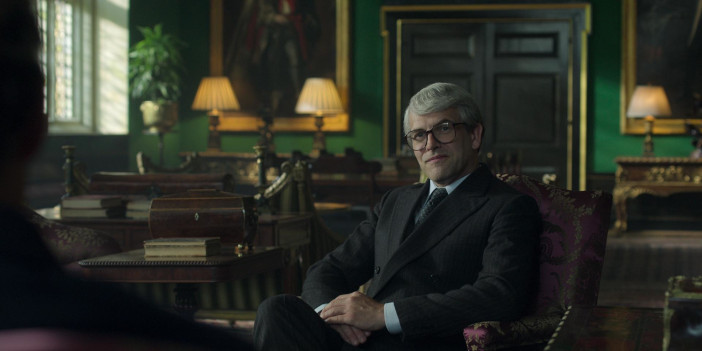 So our opening episode of this series takes us first, and I have to say somewhat uncomfortably, to the Queen’s bedroom for her annual MOT. Socks off, feet and chest examined by a doctor who dares to ask which of her palace retreats is her favourite? “That’s a bit personal, isn’t it!” she snaps back. Thus we set up the next hour or so of debate about whether she is losing touch (circa 1990). Great play is subsequently made of keeping a copy of The Sunday Times out of her reach (unsuccessful, naturally) which headlines a poll in favour of a change of monarch.

“We already know that the royals are much less popular with this generation and I think it’s very likely that these Netflix films will be taken as a quasi-documentary. They are likely to understand Diana as the victim of Charles’s treatment of her.” Professor Pauline Maclaren, Centre for the Study of Modern Monarchy

There has already been much controversy surrounding a subsequent scene between Charles and John Major. It clearly did not take place, but as a sometime director and indeed writer of drama, I feel it is quite legitimate for the following reason: I assume in Peter Morgan’s view this is what Charles thought and should, would or might say, if and when circumstances permitted. The whole nation knew he was champing at the bit to take on the supreme role, and now it is only human mortality which projects him into the limelight after eight wilderness decades. Meanwhile the fading glories of The Royal Yacht Britannia hangs over proceedings and becomes a metaphor for the monarch herself, a crumbling ship sailing on turbulent seas without adequate anchorage. When Charles raises the question with the Prime Minister as to whether or not it should be consigned to the knacker’s yard it becomes shockingly clear it is actually his mother he is talking about. According to Major this scene is a disgraceful fantasy which never happened, but again, surely this is something that Charles might have mused upon and indeed fantasised about himself? Isn’t this the stuff of great drama? “To be or not to be…” 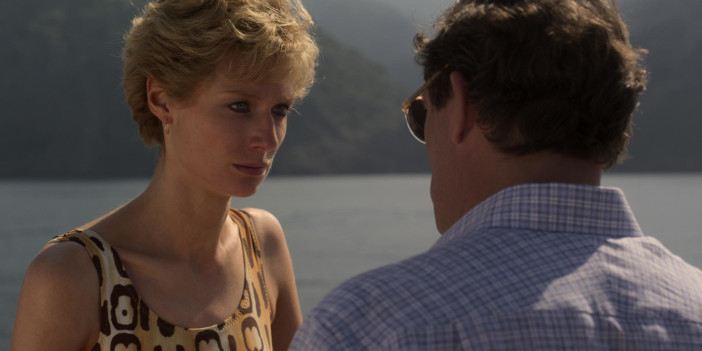 In separate speeches both Major and Diana describe their own visions of a collapsing monarchy, she with a dumb-show enactment of a nuclear explosion, he with a prescient projection of future life in Buck House. The opening episode of the series is basically scene-setting for the upcoming apocalypse, but the stars of the show are undoubtedly ex-heartthrob, Johnny Lee Miller, as John Major, and Dominic West as Charles. So, who gets to wear that particular crown? Well despite West’s immaculate vocal intonations as the Prince, it has to be Johnny Lee. His recreation of our favourite most boring man in the room, the famously pea-ingesting PM is nothing short of masterly, with gravitas, discretion, understanding and wise council all living comfortably alongside each other. His performance alone illuminates a set marred only by woeful under-lighting; so that we are forced to grope our way through room after shadowy room, filled with what used to be Berman’s accoutrements, whilst struggling to see who is speaking and at the same time not bumping into the furniture.

“If you’re the sort of person who gets their political history from THE CROWN then you probably think that Middle-Earth once existed, that Terminators are real and that if you try hard enough, you can use The Force.” The Times 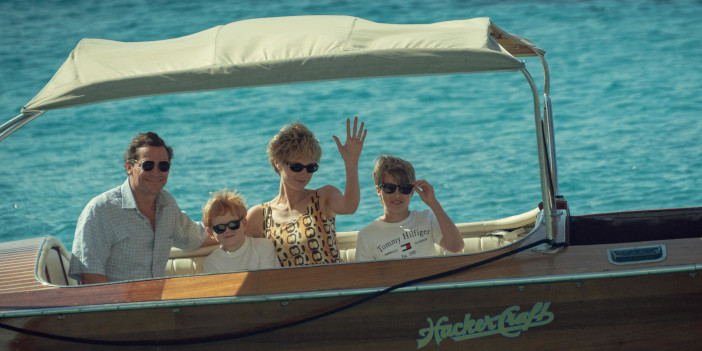 In these darkened drawing rooms, halls and bedrooms, passions are played out at high intensity but with ice not blood flowing through privileged veins. Where is the fun to be had in all this? What about Fergie’s toe -sucking? The Duke’s wandering eye? Surely in all these royal shenanigans there must have been one time with three in a bed? So, it seems censorship does arrive at The Crown’s door, but I am reminded once again of Helen Mirren’s wide-eyed innocence at even the prospect of playing a living royal, let alone the Queen herself! It is a feeling I must confess that I share. Morgan’s multiple scenes where Charles and Diana tear each other to pieces are brilliantly realised, both in the writing and direction. But to portray our own future King in such an unsympathetic and frankly damning light, surely not? Well certainly yes.

“And it is hard to escape the feeling that the person whom Morgan truly dislikes is the Queen, which we began to see during the Olivia Colman years. Every problem can be traced back to her: the miserable marriage of Charles and Diana, the unhappy state of Charles as a monarch-forever-in-waiting, the barren life of Princess Margaret. Even, the programme suggests, the death of Diana.” The Telegraph

So, is this the ultimate triumph of money over matter, or a severe case of royal heads up royal rectums? Only you, dear readers, can properly answer that question.

The Crown Season 5 is currently streaming on Netflix. The author, Paul Joyce, is a renowned filmmaker, photographer and artist. To contact Paul, or to learn more about his work, visit his website or email him at pj.lucida@gmail.com.