Trending
You are at:Home»The Culturist»Theatre»Best of Enemies at The Young Vic
By Anna Selby on December 14, 2021 Theatre

The past is, of course, another country. At times, though, it can seem chillingly familiar. James Graham has set his new play, Best of Enemies, in 1968, a year that was a turning point in so many ways. There were assassinations – Martin Luther King, Bobby Kennedy. Andy Warhol was shot. There were anti-Vietnam protestors in the streets. And there was a US presidential election – one that saw the nature of political news coverage change forever.

Ten years ago Graham wrote This House, another very successful political drama, this time about British politics in the 1970s. He collaborated then with director Jeremy Herrin and they have come together again to produce a superb piece of theatre, at once full of insight and wit, balanced with appropriately slick staging. Giant screens show grainy footage from the 60s that clear to show the reactions of the studio bosses and the debaters’ supporters to the confrontation below. Chairs or a bed slides centre stage to become a television studio or a hotel room. The pace of the action is fast and the dialogue is explosive. 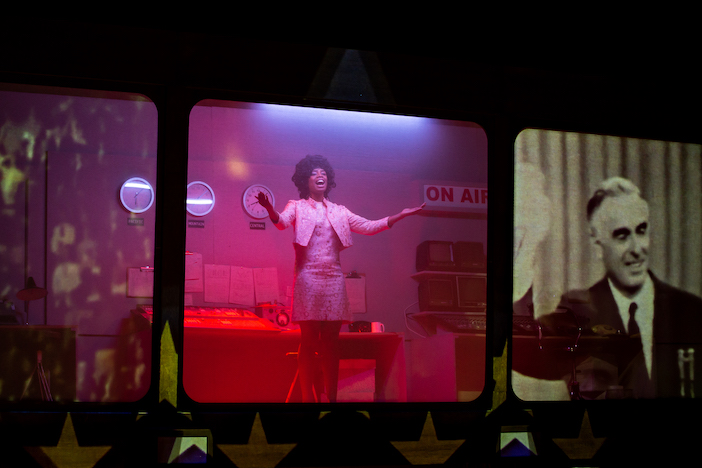 Justina Kehinde in Best of Enemies

The enemies of the title are William F Buckley and Gore Vidal. They are brought together in a desperate attempt by TV station ABC to boost their flagging ratings – instead of the usual verbatim coverage of the Democrat and Republican conventions, they plan to go out on a limb. There will be opinion. And what opinion.

Buckley was a very public figure known for his conservative stance, the founder of the National Review and host of the TV show Firing Line. Gore Vidal was a gay liberal writer and actor, known for his biting wit and his 1968 novel Myra Breckinridge (labelled pornography by many at the time who were shocked by its ideas of changing sexual orientation and gender roles). Sparks were inevitably going to fly. 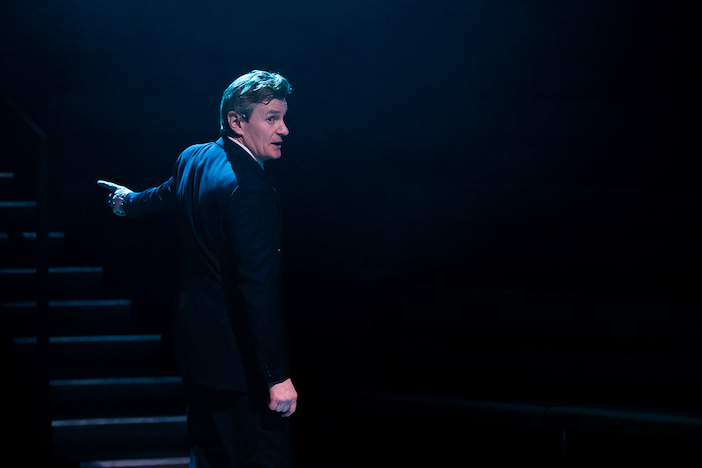 Charles Edwards as Gore Vidal in Best of Enemies

Graham was fortunate in having a documentary (made by Morgan Neville and Robert Gordon in 2015) of the debates between these two giants of American political thought on which to base his play. And he is truly blessed with his cast, in particular the two intellectual heavyweights slugging it out ever more viciously centre stage.

Charles Edwards as Gore Vidal is simply magnificent. And it’s a gem of a role with lines like “A man should never turn down two things. Sex and appearing on television” or (on Warhol) “the first man I ever met with an IQ lower than 60 and yet somehow a genius” – delivered deadpan as you like. He gets Vidal’s vanity and ruthlessness just right and, when Buckley makes a vicious personal attack on him in their final debate, he visibly cracks, his veneer of bravado revealed as paper thin. 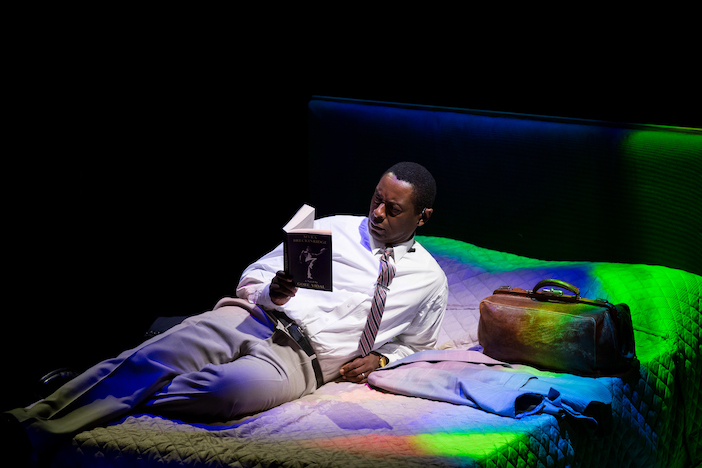 David Harewood as William F Buckley in Best of Enemies

As Buckley, David Harewood is a daring choice – a black man playing a white conservative with racist views. It works brilliantly. Harewood is a fine actor and takes on Buckley’s famous patrician drawl and his facial tics and expressions without ever making it into a pastiche. He inhabits Buckley’s space utterly convincingly and is quite shocking when he finally erupts at Vidal’s provocations.

Graham is never heavy handed but he is clearly tracing the source of our current culture wars back to 1968. The chasm between the world views of the two men reverberates through to the present day, as does the inability of either side to listen to the other. There are nods to Trump, the cynicism and manipulation of the media, the notion that we ultimately get the politicians we deserve. But this is an electrifying night and the protagonists can more than speak for themselves. Superb.

Best of Enemies runs at the Young Vic until 22 January 2022. For more information and tickets, please visit www.youngvic.org.