Trending
You are at:Home»The Culturist»Theatre»Eureka Day at The Old Vic
By Anna Selby on September 26, 2022 Theatre

Helen Hunt’s London stage debut was always going to be a big event and, in Eureka Day, she delivers absolutely. What is more surprising when there is such an obvious star treading the boards of the Old Vic is that this is a company where every player shines. But there are more surprises. This is a play that is often extremely funny – hurray! And it is decidedly anti-woke which comes as something of a shock given this was the theatre that binned Terry Gilliam’s production of Into the Woods last year because some people didn’t like his tweets. 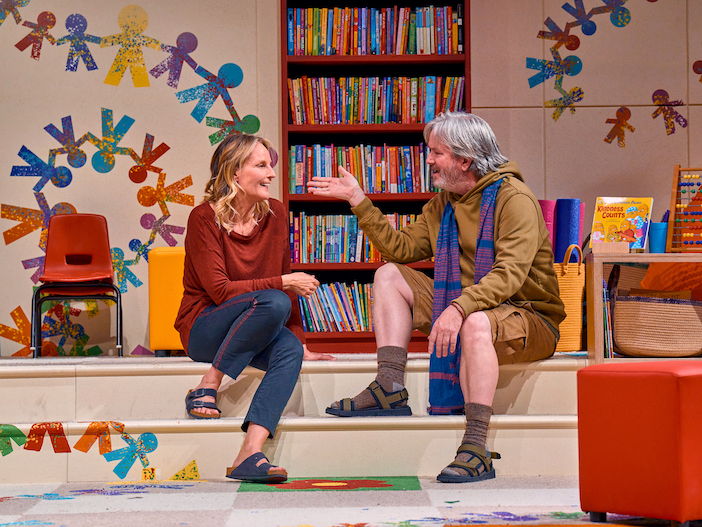 Set in a school (Eureka Day) in Berkeley, California, Spector’s at times hilarious satire features the school’s board members and their aim of making the school as inclusive as possible. So there are gender neutral toilets and pronouns, while a recent school production of Peter Pan had to be set in outer space to avoid any questionable suggestion that the school might support colonialism.

So it is not unexpected that the headmaster (a wonderfully wishy-washy Mark McKinney) wears shorts and socks with his Birkenstocks and always ends the meetings with a reading from Rumi. The board members include the stay-at-home dad Eli who sports a bun and is a classic mansplainer. He is having a “secret” affair (everyone knows really) with May (Kirsten Foster) who knits throughout all the meetings and literally and magnificently unravels in the second act. 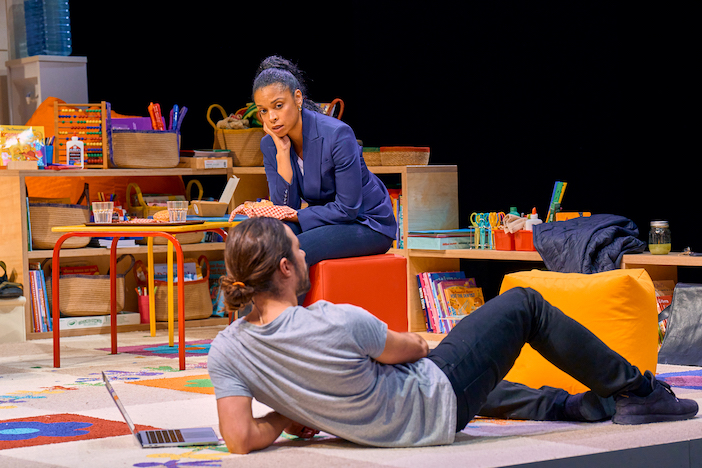 Suzanne is the longest-standing board member, desperately liberal and fully in control. Hunt is astonishingly good in the role whether virtue signalling, being caught out in highly illiberal assumptions about Afro-American Carina, telling her heartfelt backstory or when finally politically outmanoeuvred. Her nemesis comes in the form of the newest board member, Carina (Susan Kelechi Watson) who starts as a careful listener and ends as shrewd operator.

Spector has written a pretty brutal expose of the liberal left and the steely determination that often hides beneath soft words. Director Katy Rudd has pulled out all the stops and there are moments when this show is a joy to watch. It does peak early – it’s hard for the second act to match the heights of the first when the comments of the parents’ forum are scrolled over the set. But I can barely remember such side-splitting laughter in a theatre.