Trending
You are at:Home»The Culturist»Theatre»Talking Shakespeare at the RSC
By Jerome on July 12, 2020 Theatre

It’s been one of the enduring agonies of the lockdown; the closure of theatres, with no likely opening in sight, in spite of other restrictions easing and, in many cases, a massive flaunting of social distancing. Spaced-seating and outdoor venues may help, though will hardly generate the revenue to keep up a robust repertoire.

But, as you might expect, the creative industries are getting creative, and we still have a lot to look forward to until such a time as we can enjoy live theatre in close quarters and good company again. The Royal Opera are streaming past productions on their website, Opera Holland Park are producing recordings from their venue and if you missed One Man Two Guv’nors when it was sailing its heady heights back in 2011, you can catch that on YouTube via National Theatre at Home. It may be small consolation, but it can scratch that itch, so to speak. 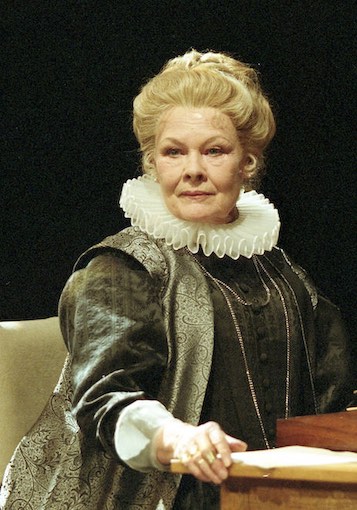 But one thing is also emerging from this period; everyone in the arts is united in doing as much as they can to keep our spirits up and help us get our theatrical fix. And perhaps the touchstone (pardon the reference) of our theatric pantheon, the Royal Shakespeare Company, is no exception.

RSC Artistic Director Gregory Doran has invited actors from throughout the Company’s history to join him for an exclusive series of conversations discussing their experience of performing Shakespeare at the RSC and beyond.

“The chance to talk Shakespeare with some of the great Shakespeare actors of today,” Doran says, “to explore their lifetimes’ experience of verse, the challenges of some of the greatest roles ever written, their favourite passages, and how we think about Shakespeare’s work is something I am really thrilled about and looking forward to sharing with all our loyal friends and supporters in these testing times.”

It’s a cast that needs little introduction, but perhaps less is known of their time with the Bard. Regarded as one of our greatest actresses, Dame Judi Dench made her professional theatrical debut in 1957 to playing Ophelia in Hamlet at the Old Vic, and has since played most of Shakespeare’s leading ladies for the RSC, from Viola in Twelfth Night in 1969, via Beatrice and Lady Macbeth (in 1976) to All’s Well That Ends Well’s Countess Rossillion in 2003. 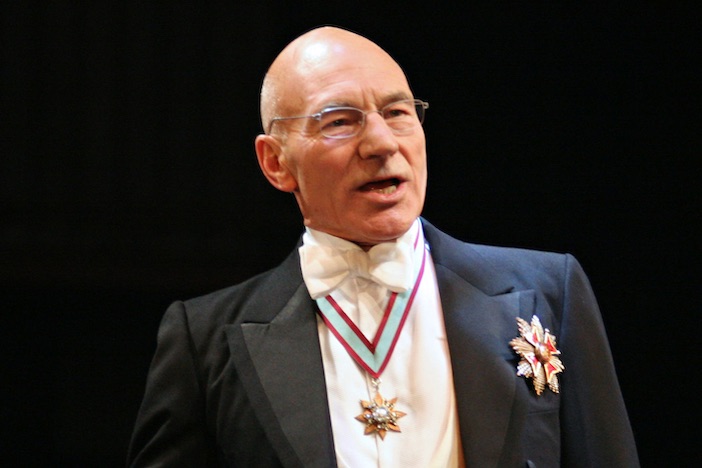 Similarly, Harriet Walter, perhaps known more recently from Killing Eve, has also schemed as Lady MacBeth (in 1999), played Viola and Cleopatra, and even tackled Brutus, Prospero and Henry IV in the Donmar trilogy. Or, if you want to catch Jean-Luc Picard in conversation, you might hear Sir Patrick Stewart reminiscing on playing Oberon, Shylock (twice, in 1976 and 2011) or Titus Adronicus.

These exclusive live, online events series will run weekly on a Monday from 5-6pm and is open to Subscribers, Members and Patrons of the Royal Shakespeare Company plus the Company’s nationwide network of Associate School teachers. 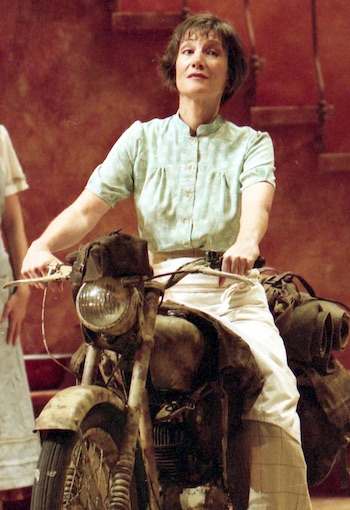 Harriet Walter as Beatrice in Much Ado About Nothing (2002). Photo by Jonathan Dockar-Drysdale.

The events are free as a thank you for the ongoing support given to the Company during the pandemic, but with a suggested donation of £10. Money raised will support the Company’s ‘Keep Your RSC’ campaign to help secure the future of the RSC and its mission to transform lives through amazing experiences of Shakespeare and great theatre.

Catherine Mallyon, Executive Director of the RSC, says of the initiative, “Since the closure of our theatres in March we have been finding new and creative ways of engaging with our supporters online. Initiatives range from regular Zoom updates from our Artistic team for Production Circle and Season Supporters, to virtual talks and behind-the-scenes exclusive events for Patrons and Members, including a first screening of our 2019 production of King John via You Tube earlier this month.

“We are extremely grateful to our members and supporters, who have recognised the very challenging position we find ourselves in, alongside all theatres and arts venues around the country. And whilst it is sadly too early to say when we will be able to re-open and what the future might look like, we hope that ‘Talking Shakespeare’ and other similar events will continue to entertain and engage our membership through this challenging time, and importantly thank them for their ongoing and vital support as we look forward to the time when we can safely re-open”.

Those wishing to support the Keep Your RSC campaign by becoming a new Member or supporter can do so and benefit from Talking Shakespeare and future events.  Further details of how to support can be found at www.rsc.org.uk/support/become-a-member-supporter.