Trending
You are at:Home»The Culturist»Theatre»Pinter’s Patients: The Hothouse
By Allana Isaacs on May 16, 2013 Theatre

Set in an ‘institution’ of some description with ‘patients’ referred to only by a series of numbers, The Hothouse is certainly not one of Pinter’s best known plays; it was written in 1958 but supposedly consigned to a drawer until its first production in London in 1980. In so many ways this is atypical of his works, it feels incredibly accessible for one, and yet the political undercurrent that is so synonymous with Pinter’s works is ever present (if somewhat downplayed in this particular production). 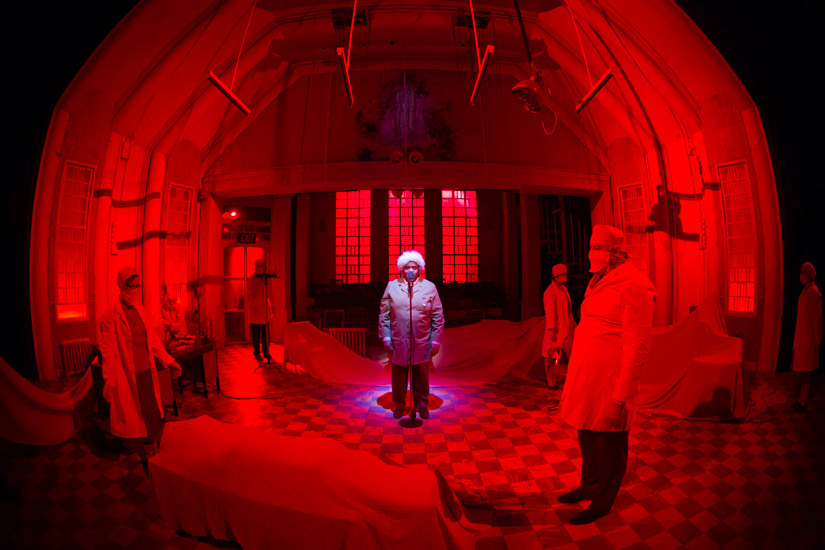 It is a bleak, if unseasonably warm Christmas Day with the snow turning to slush outside the window of this one room set that simultaneously encompasses the space of both a staff room and the office of Roote, the figurehead of the ‘institution’, played with aplomb by Simon Russell Beale. Switching from comedic self-pity to aggressive malice at the touch of a button, this is a strong, but not exemplary performance. There were too many instances of playing to stereotypes early on which is surprising given that Pinter himself once played Roote, meaning he should have the potential to feel the most ‘real’. In a comical opening scene, which sets the tone from the outset, we find out from the unsettlingly brilliant Gibb (John Simm) that there has been both a death and a birth amongst the patients, both somewhat unprecedented events, in the preceding few days.

The play hurtles along at breakneck speed, finishing in under two hours; the dialogue between characters is an enjoyable battle of words, truly showcasing Pinter’s ability to excel at black comedy. All the while there are slightly disturbing interjections, presumably from the ‘patients’ (and at one point from the particularly annoying audience member opposite me) and eerie moans fill the somewhat sterile space. Wires hang from suspect contraptions overhead and the lights flicker ominously, accompanied by a strange buzzing noise. We never meet the patients – perhaps we are the patients – it’s hard to tell which is the lesser of two evils and which side of the fence, or padded door, you’d really like to be. 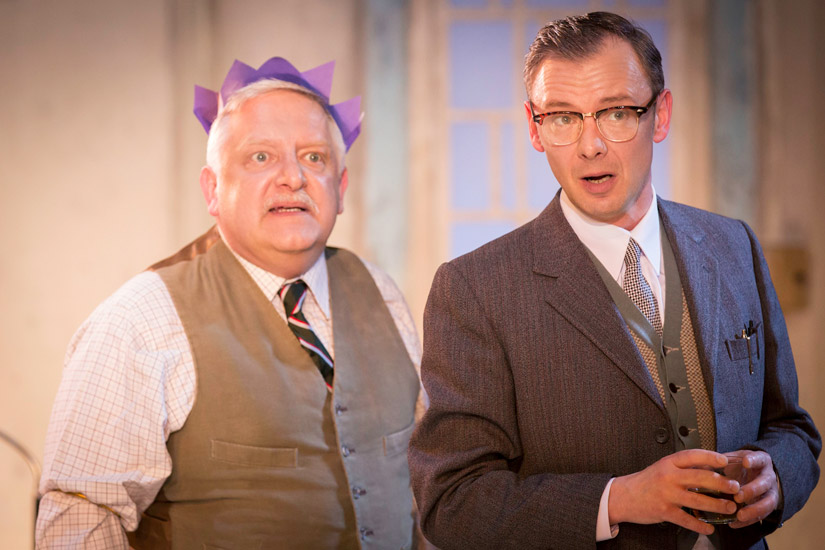 Corruption and deception infiltrate every interaction as we play witness to the probable techniques used on, but certainly not to ‘cure’, the ‘patients’. The unsuspecting Lamb, brilliantly executed by Harry Melling of Harry Potter fame, unwittingly becomes a victim of the system itself as a result of his enthusiasm and somewhat bumbling charm. His scene of interrogation unfortunately leant rather too far over the line that distinguishes farce from believable action. As the story trundles on, it becomes clear what his character will be used for, and the discomfort bubbled inside of me as I realised that I could both understand how and why it had happened. The nature of state control and national power inflicted by means of physical torture is explored and never conclusively answered, again leaving the audience to nervously make their own judgements. The overtly sexual and delightfully seductive Indira Varma excels as Miss Cutts, making the most of the slightly less brilliant dialogue with which Pinter often gifts his female characters. Finally John Hefferman as the insubordinate Lush deserves mention, not least for having half a Christmas cake unceremoniously forced down his throat. 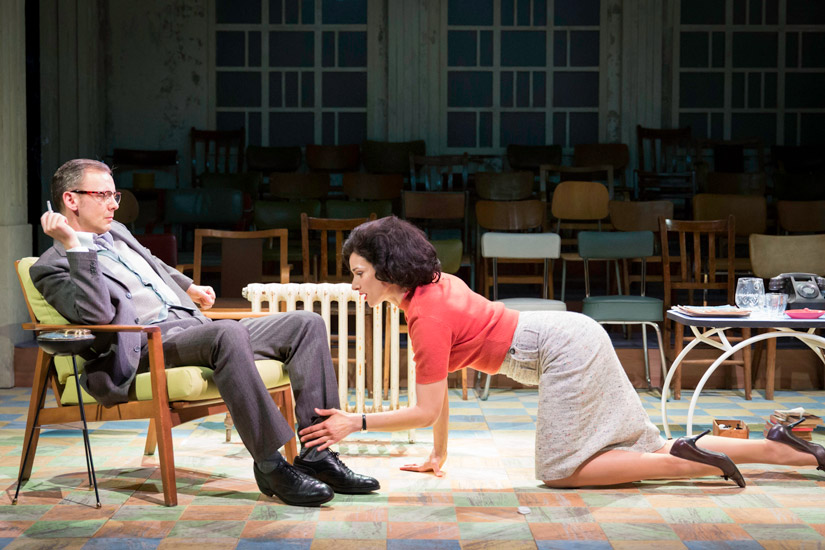 Without giving anything away, the brusque ending seems to entirely ignore the unsettling topics that have been dealt with, were it not for one final twist of the proverbial knife. The audience is left feeling somewhat uncomfortable and not entirely exonerated from guilt, at the close of a play whose themes have become even more prevalent than they were over half a century ago. With a small proportion of the audience in seats at the back of the stage, you are forced to look back at others and reflect on the humanity, or lack thereof, of what you have just witnessed, in a way that makes you think far outside the confines of the theatre space.

The Hothouse runs at The Trafalgar Studios until Saturday 3rd August 2013. For more information and tickets, visit the website.