Trending
You are at:Home»The Culturist»Theatre»The Weir at The Donmar Warehouse
By Allana Isaacs on April 30, 2013 Theatre

The Donmar is absolutely the correct setting for such a play as The Weir. Intimate, dimly lit and with the audience seated on three sides, it accurately set the scene. The cold wind howled through the delightfully mismatched set up of the pub, and as the characters debated the wind direction outside, more and more of the audience gathered their coats to use as blankets. Most certainly atmospheric, but the chilling temperatures in the auditorium were a little much for me. Cold, desolate and sparsely decorated, the pub setting neatly came to be a metaphor for the key themes of the play. 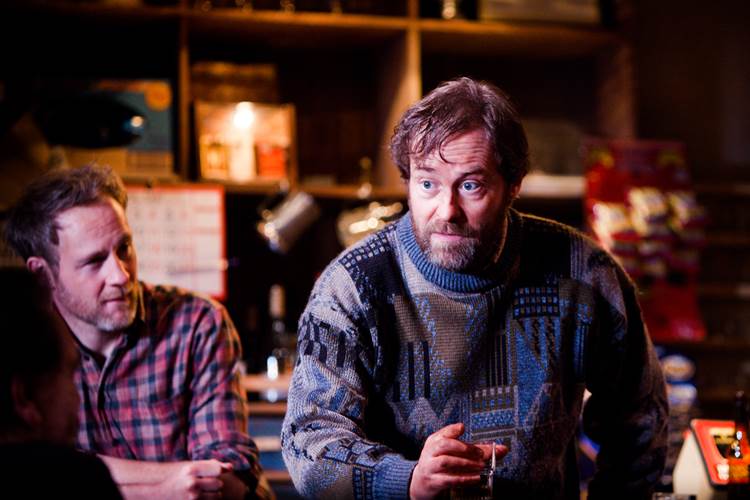 Running at a mere 100 minutes without an interval, The Weir by Irish playwright Conor McPherson is a little gem of theatre. Set in rural Ireland at the end of the 90s it is, in essence, a study of character, of relationships and of loneliness. Despite the pervading presence of the weir outside the window and in a photograph on the wall, it is this quiet country pub that becomes the most haunting. The evening descends into the sharing of ghost stories which serve as a catalyst to uncover the earthly and the truly unsettling.

We find ourselves amongst the company of old friends, four men at whom life has thrown its fair share of knocks and strains. The masterful Brian Cox played Jack, a self-confessed grumpy old sod, though the rare kind that enters a pub and pours themselves a drink before dutifully ringing it up on the till. Along with gentle soul Jim (Ardal O’Hanlon), always slightly off the pace, and bartender Brendan (Peter McDonald), who seems all too young to be so resigned to his solitude, they bemoan the imminent arrival of Finbar (Ristéard Cooper), who left for Dublin to make his small fortune. Despite being the only married man among them, he brings in new comer to the village, Valerie (Dervla Kirwan), with such a swagger that speaks mountains for his personal happiness. 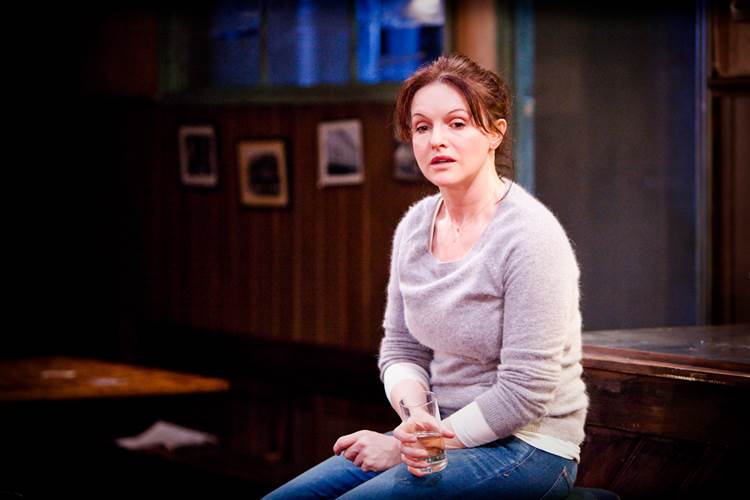 Drinks flow freely from a working lager tap, but the lack of Guinness is a source of frustration, loosening the tongues of each character. Valerie’s request for white wine is greeted with such astonishment that it becomes clear how rarely there are female guests at the pub, even more so when it is poured right to the brim of a half pint glass and Brendan examines it with such scrutiny as if waiting for it to form a head, no luck there. There is humour throughout, mostly precipitated by the extreme precision of Josie Rourke’s direction, but as the play progresses, it is certainly tinged with a distinct melancholy. Blurring the boundaries of the mundane everyday with the eerie presence of the supernatural, McPherson adeptly exposes the longing at the heart of each protagonist.

At its most serious moments, the audience sat entirely still, captivated by the story of one individual on a lonely night that we were party to (McDonald’s Brendan being the only character to withhold a tale of their own). To hold the attention of four friends is a hard enough feat, but to have every member of the audience hanging on your every word is testament to the strength of this cast and the power of storytelling, be they fact or fiction, that is at the heart of both Irish culture and of theatre itself.

The Weir at The Donmar runs until 8th June 2013. For more information and tickets, visit the website.