Trending
You are at:Home»The Foodie»Tipples»Balblair: A Blend of Iron, Wood…and Magic
By Chris S. Skarratt on July 18, 2014 Tipples

Never one to shy from adventure in pursuit of fine scotch, Stirling heads north, into the Highlands, in search of vintages and mystery – and finds himself awash with both…

I remember the distillery emerging from the mist, the chimney rising through the soft, grey sunlight as it tried to break through low clouds; I remember stone and wood bonded stores with their cold black iron bars, the breeze on my face and the faint aroma of malt drifting through the early afternoon air.  Compact, rugged, something dependable, independent and inspiring is conveyed in the way the buildings of the Balblair distillery present themselves. Yet, inside…well, there the story turns from cold stone and wrought iron to warming vanilla, citrus, notes of honey and the soft, welcoming tones of John MacDonald, master distiller, lifelong whisky man and the passion behind the Balblair highland single malt whisky. 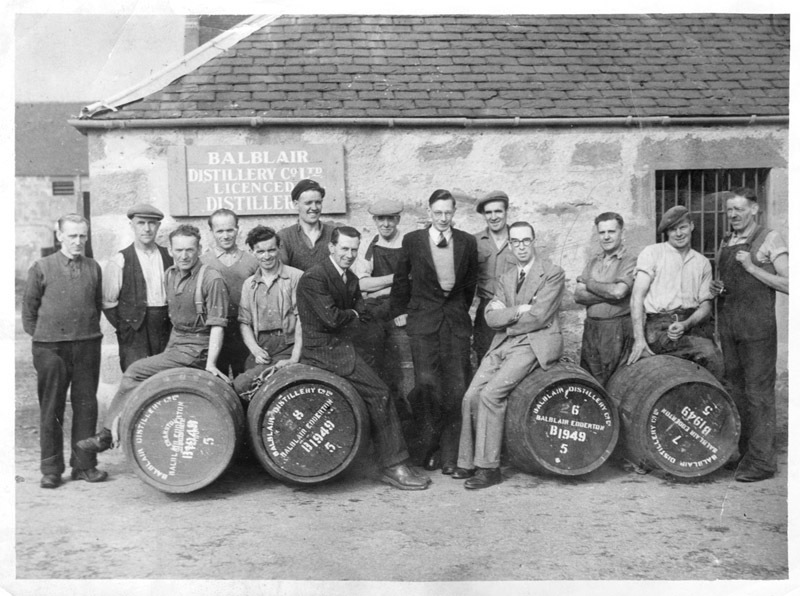 Balblair sits almost upon the Craigroy burn which is the source of the water for its whisky.  A short drive from Inverness airport takes you to the Cromarty Firth, it was dark and brooding when we crossed and both weather and sky had started to bruise.  A twisting road then brings you to Edderton, a small village that sits next to the distillery which I would imagine is both blessing and curse, a walk to the shop for a bottle takes next to no time, but will leave you needing to exercise an enormity of will power lest you come home with a selection of bottles worth a deposit on a flat in West London.

The interiors of the visitor centre are a direct contrast to the exterior, taking you from hard fronted, aged necessity into welcoming, modern comfort.  If you choose to visit and would like a tour you can pick from 3 varieties:  The entry level ‘Balblair Experience’, ‘Vintage Moments’ for those with a thirst for more and for the zealous connoisseur ‘The Managers Tour’ (this must be booked in advance, but is well worth the ticket), the cost of each can be redeemed against a purchase of whisky in the shop so certainly worth considering. 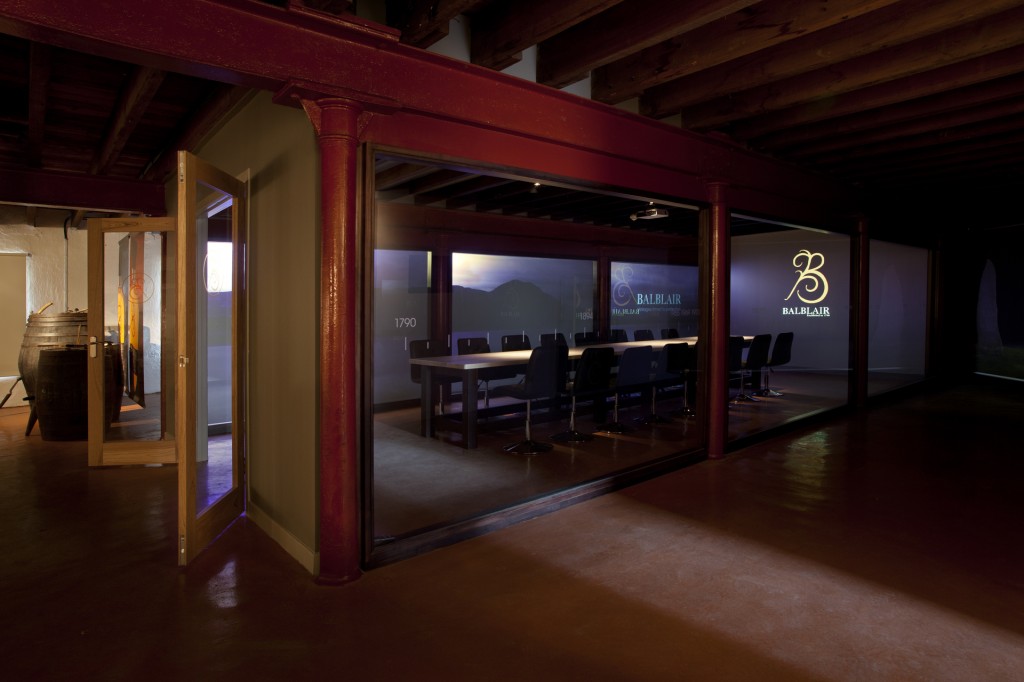 Where the buildings have been updated and upgraded some heritage as been maintained within a small exhibition in the disused malting room, which shows off old and contemporary history.  Maltings were stopped here in 1975 and the malt is now supplied by a 3rd party for consistency.  As you look around there are tools and devices used throughout the years and in contrast a signed poster from Ken Loach who used the grounds and buildings as a location in his 2012 film “The Angels’ Share”.  A gallery of black and white pictures denoting the current Balblair team adorns one wall, and looking closely at John’s photo you might notice a slight wrinkling around eyes, possibly a hint of steel in them.   Perhaps the look of a man who had been hosting a party for thirsty dram investors the night before and a cup of coffee and sit down would be lovely right about now – I of course cannot comment. 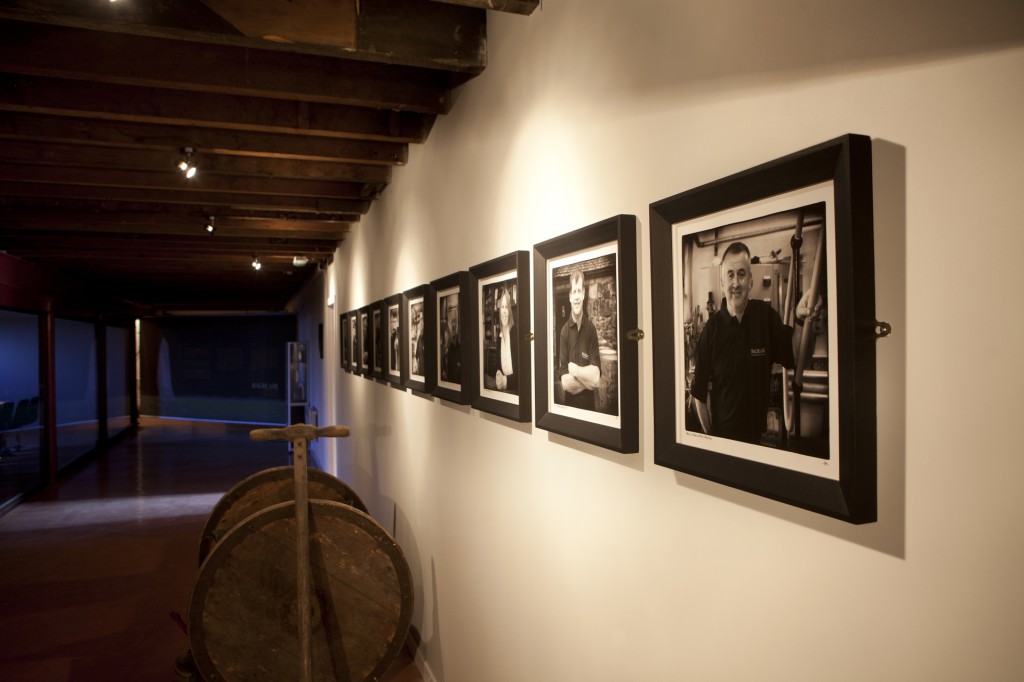 As we walked and chatted the subject of Scottish independence came up and I asked Jonathan if a yes vote would be a concern “I knew this question would come up”, he stated with a smile, “But no, I’m not worried.  It will be business as usual at Balblair”.  Thank goodness.  I had visions of a thick, Tartan curtain falling from the Irish to North Sea with me trapped on the wrong side, looking thirsty.  And probably sad.  In fact very, very sad.

Where the visitors centre has been the modernising face of the business, the business of making whiskey maintains steeped in age old traditions.  The mash tuns are wooden, not steel (beware you curious travellers as you peer in and breath deep) and the grist milling machine is a piece of brutal engineering that tells a story of power and precision wrapped into a decades old shell.  John has a strong leaning towards quality and not quantity.  This is certainly not a sausage factory for strong spirit gulpers.  The craft is clear and the love is obvious, and this carries through distillation into the barrelling.  American oak, 1st or 2nd fill bourbon casks, are the barrel of choice – air dried wood if possible.  John expands “Kiln dried tends to lose its vanilla notes”, and no one wants to lose that. Once used the casks are passed onto other distilleries, very little is wasted in production.  The liquids from the mash are reused and the solids are sold on for cattle feed.  No wonder the beef is so good up here. 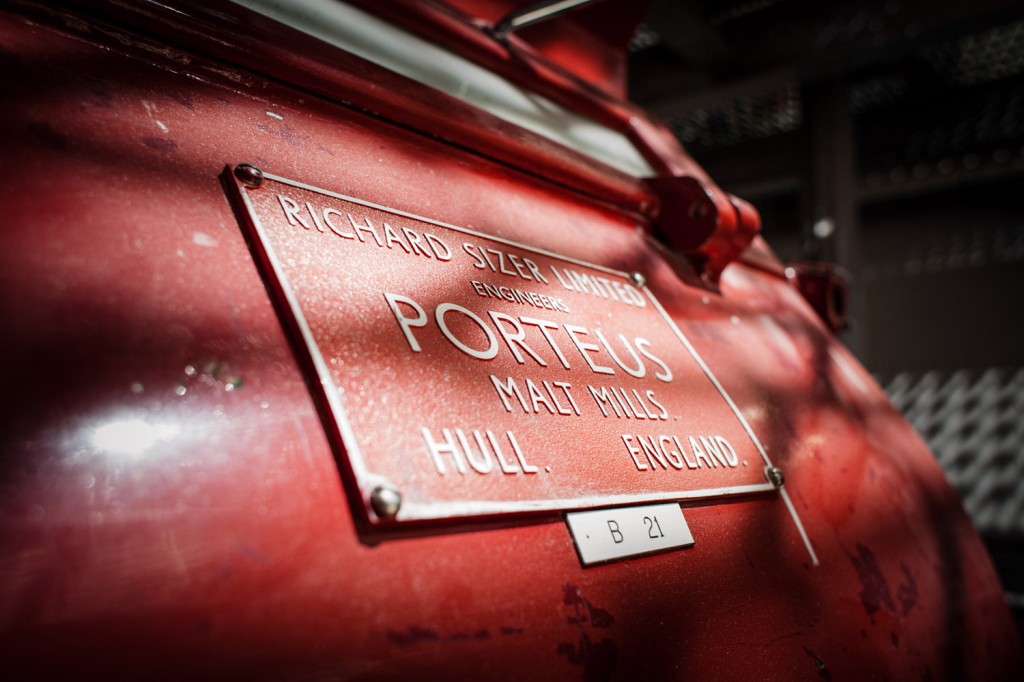 Once in the barrel it is laid down until ready in the bonded stores.  A traditional wooden floor lies under the barrel and they are only stacked 3 high.  There is a lonely, single barrel set aside, its origin hidden beneath a thick layer of fresh, mint green paint.  John will not be drawn on this, but you suspect there is experimentation and high jinks at hand – perhaps a new source of barrels, perhaps a new note in the finish?  The stores were a sight to behold, row after row of barrels, each one containing a mystery, some magic, craft and good splash of patience.  “Whisky tells us when it’s ready, not the other way around” John almost whispers as his knowing eye passes from barrel to barrel with a look which is both tender and resolute.  These barrels are not going anywhere until both the contents and John are ready to release them into an eagerly waiting world.  The very best 15% is used for vintages and the rest is traded. 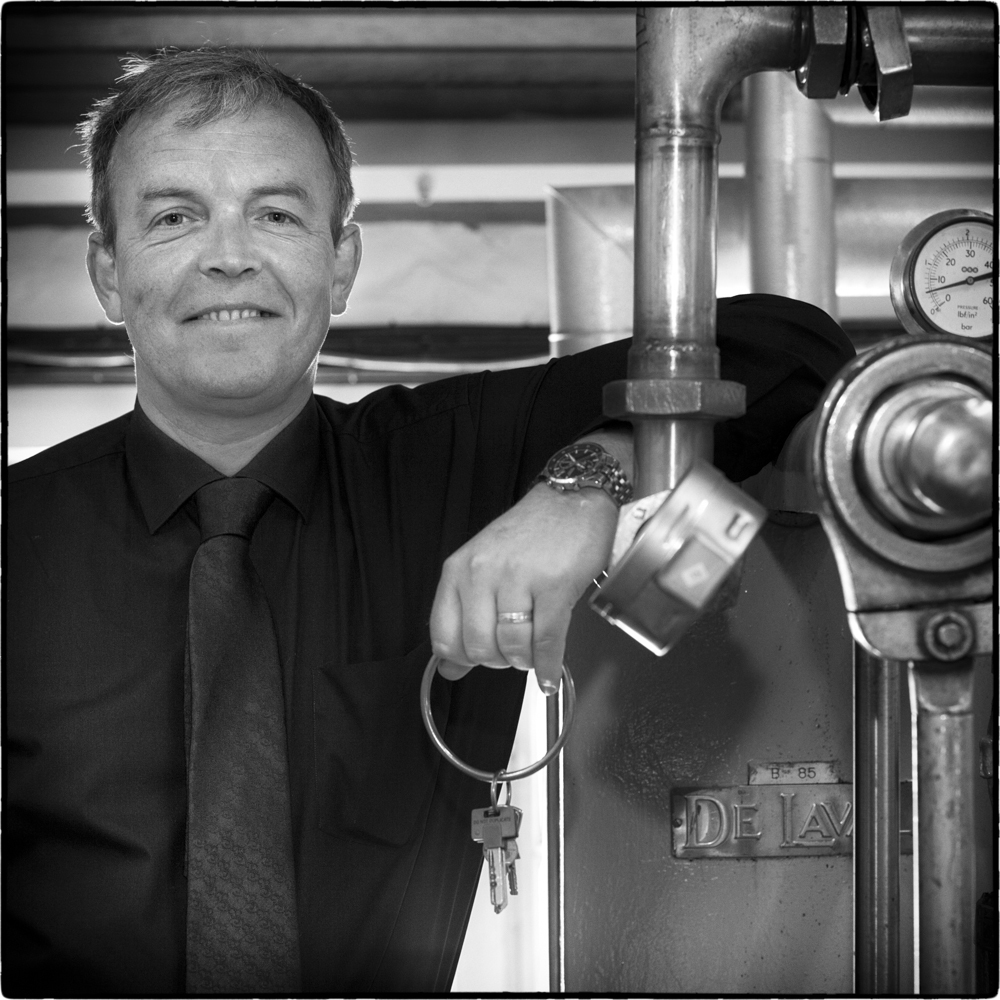 Keeping traditional practices alive is a strong part of the culture at Balblair, certainly, and this combined with the consistency, skill and obvious knowledge John brings to Balblair gives you a high-end drink, but one thing that has also sets them aside was, in 2007, the conscience decision to switch to vintages and not ages.  The year in which it was distilled and laid down in casks is the age printed on the bottle.  With that comes a slice of history and the flavours of that moment, matured and refined in the quiet, dark and peaceful surround of the wood while the world outside charges past without a second look to that dirt floor and the stack above it.

The first Vintages released were the 1997, 1989 and 1979.  John tells me the 1990 is the current stand out vintage, but the best years so far are the 1980 and 1987.  We tried the ‘97 (among others) and it was heady mix of pineapple, honey and banana notes with an underlying warmth that sat you in a leather chair on Christmas Eve and pressed you to have just a little more.  And if Christmas is your thing, the 1983 should be in your stocking, without question. 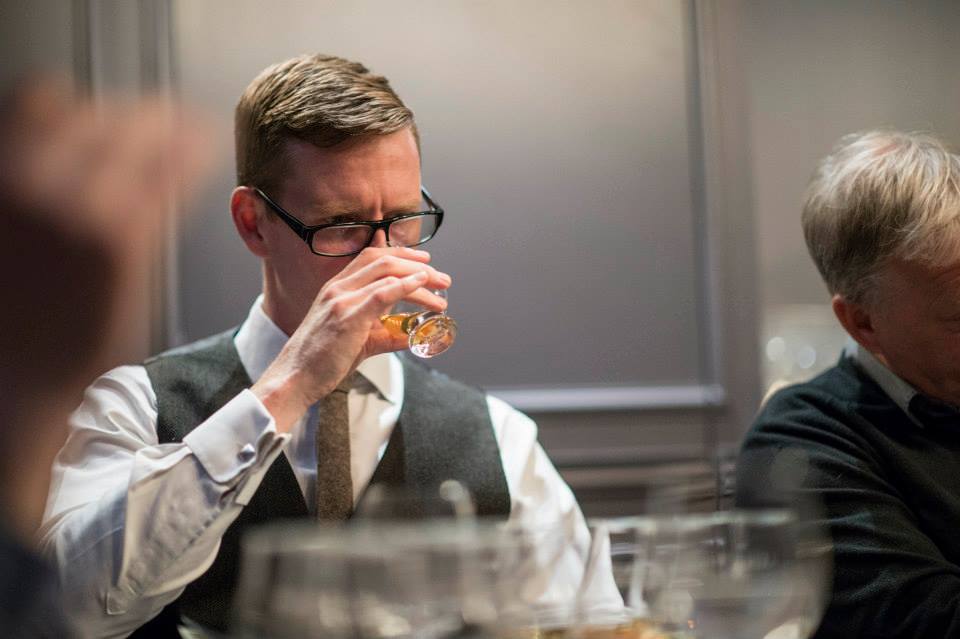 Later that evening we are sat in the splendour of the Links House Hotel in Dornoch, sipping a smooth 2000 and talking about whisky.  You can understand the process, add passion and love and care, be absolutely vigorous with your sourcing and ingredients, maintain the best practices old and new, but the magic that happens inside the barrel is as wonderful, mysterious and unobtainable today as it has ever been.  That magic is alive and well, and nestled comfortably in the heart of Balblair and each bottle that, there in, will pass from its door.

For more information, to book a tour or order a bottle, visit the Balblair website here.