Trending
You are at:Home»The Foodie»Tipples»The Glenmorangie Jukebox
By Jerome on October 19, 2021 Tipples

Well, our Tipples pages just get more and more intriguing.

Yes, you read that headline correctly. Something to do with retro music and a new whisky bar? A new whisky-branded music machine, perhaps?

Glenmorangie has created the UK’s first automated and fully immersive cocktail making jukebox, in honour of its latest wondrous creation, X by Glenmorangie.

Unveiled exclusively at London Cocktail Month (which concludes on 31st October), this cocktail making phenomenon has just moved to The Essence House, a two-floor pop-up experience by The London Essence Company on Covent Garden’s Floral Street, before going on a nationwide tour. 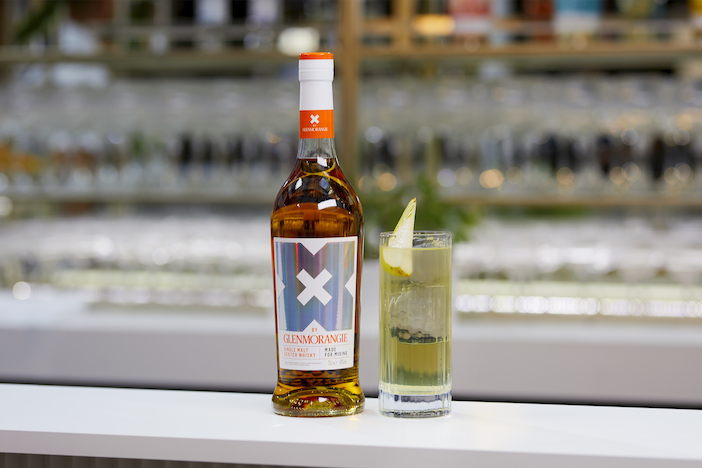 The first of its kind, Glenmorangie’s “Made to Mix” Jukebox puts the new single malt, which is specially made for mixing, on centre stage. Tantalising the senses with fruity scents and colourful visuals, the innovative jukebox pours four X by Glenmorangie cocktails to pre-mixed tunes.

Wait, what? Are you suggesting we adulterate a single malt? The very idea.

Of course, it can be enjoyed on its own, but this is an intriguing new take on this mainstay of single malt brands, known for its innovation when it comes to crafting new expressions. It was born of exactly that, the need to imagine what a whisky would need were it to be mixed. Could it create a different drink?

To do this, Glenmorangie worked with top bartenders to craft a sweeter and richer expression, drawing on their epic array of casks. And so, this freewheeling single malt comes to life. On its own, with swirling aromas of pear and vanilla setting the stage for rich orange sherbet and fudge, but when – dare I say it – ‘blended’, it enters a different, playful realm.

And you don’t get much more playful than a cocktail jukebox. 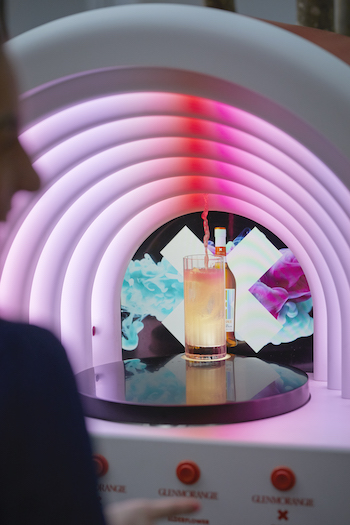 So, how does it work?

Seeking to bring people into the wonderful world of Glenmorangie, the Made to Mix Jukebox, much like X itself, wants to encourage people to play and experiment with whisky.

“Creating a fully integrated cocktail dispenser and jukebox was no small challenge,” says Dr Bill Lumsden, Head of Distilling & Whisky Creation at Glenmorangie. “However, we wanted to create an immersive and engaging experience. X by Glenmorangie doesn’t act like a traditional single malt, it’s designed to be mixed and to be enjoyed at all those occasions you wouldn’t typically expect a Scotch. Karaoke, brunch, date night, this single malt can be mixed anywhere. So, what better way to bring this this delicious versatile liquid to life than with a cocktail making jukebox.”

The Glenmorangie Jukebox is available at The Essence House from 16th-24th October 2021. For more information about Glenmorangie X, including a range of cocktails, please visit www.glenmorangie.com.

For those unable to make London Cocktail Month 2021, keep your eyes peeled on Glenmorangie’s Instagram channel for future Made to Mix pop-up locations.