Trending
You are at:Home»The Foodie»Tipples»The Philosophy of Whisky
By Billy Abbott on May 12, 2022 Tipples

In a departure from our typical Tipples features – should it be in Books, in fact? – this week, we’ve something of a treat in store. Whisky writer, presenter, expert and all-round jolly chap, Billy Abbott, gives us an introduction to that most alluring of spirits, described by Bernard Shaw as ‘liquid sunshine’. In this introduction to his book, The Philosophy of Whisky, Billy asks…

“[Whisky] is a toast to civilization, a tribute to the con­tinuity of culture, a manifesto of man’s determination to use the resources of nature to refresh mind and body and enjoy to the full the senses with which he has been endowed.”

The human race is quite clever. Over the millennia we have managed to develop language, invent the wheel, create incredible works of art, survive global crises and even fling ourselves beyond our tiny blue dot into the heavens. But alongside these big hitters there stands another achievement: one that continues to develop, intertwined with – and, in many cases, closely connected to – how we got to where we are today. I speak, of course, of the creation of whisky. 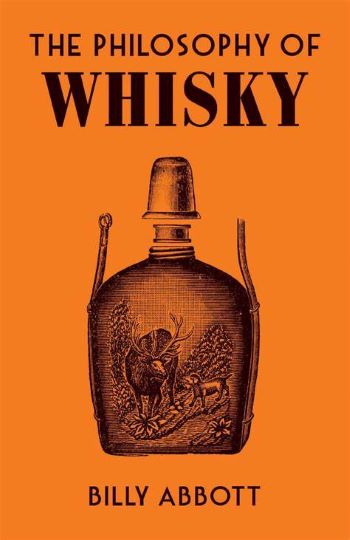 Whisky is built upon the very foundations of society, and has both drawn from and contributed to everything from agriculture to the most recent advances in technology. Whisky has, since its beginnings, been at the heart of everything.

Which isn’t bad for a batch of dodgy porridge that someone boiled up, left in a bucket and forgot about.

To start with, what is whisky? It’s a question I’ve given much consideration to over the years – and when you move away from the metaphysical, it comes down to a succession of poor versions of other things, which finally come good when you stop messing about with them.

Step 1: Make some bad porridge. Now, many people around the globe – and I’m mostly looking at you, Scotland – will disagree, but I don’t really consider smashed-up grains mixed with water a particularly tasty breakfast. I want milk. And sugar. Or potentially cheese. But whisky starts from that meagre gruel: milled grain and water.

Step 2: Use your porridge to make some bad beer. Not only that, but a low-tech beer that most of the world moved on from years ago. Most distillers’ beer (aka ‘wash’) smells a bit like a cloudy Belgian wheat beer, but without much of the nuance those beers often have or the pleasant experience that drinking one can provide. It’s cloudy, full of yeast, grain and other gunk, and a few sips can lead to a ‘catastrophic gastrointestinal event’ – not a beverage to enjoy with your friends of an evening.

Step 3: Distil your beer to make bad vodka. Vodka is a spirit often associated with purity, carefully distilled to remove almost all flavour. When you make whisky, you want the opposite: a stinky, strong-tasting drink that you need to leave for a while to make it palatable. 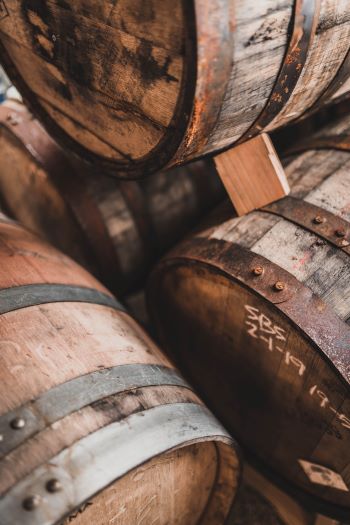 Step 4: Stick your ‘vodka’ in a cask and forget about it. While whisky takes different amounts of time to mature around the world, this step is key to creating something that is distinctly ‘whisky’ rather than an unaged firewater. Time sitting in wood creates and develops the flavours that make whisky into whisky, and it can take decades to make the spirit the distiller wants. So, fill a barrel, put it in the corner and forget about it – but when you remember it’s there, you’ll thank me.

It is a near-universal rule that if there is a source of sugar, then someone is making an alcoholic drink from it. Be it my school friends trying to brew ‘wine’ in a Marmite jar hidden under their beds* or the centuries-old wine-making families of France, it’s clear that if there is something that contains sugar in almost any form, it can and will be turned into alcohol.

With grain it’s not so easy, as its sugar is wrapped up in a form that is not simple to turn into booze. But people are clever, and as we developed the foundations of agriculture, so too did we learn how to trick grains into giving up their sweetness, leading to the creation of beer.

We didn’t stop there. While distillation may have begun as a way of concentrating flavours to create perfume, it wasn’t that long before we realised you could use it to not only make your beer last longer, but also produce a drink that made you fall over even faster. Science and engineering principles are often driven from theory into practice by our baser instincts, and our love of drink has certainly helped push agriculture, microbiology and chemical engineering into the future.

The knowledge of whisky making has since travelled around the world. Whether it was missionaries importing religion with a side order of booze, or settlers finding new lands and looking for something to sip in the evening while they fought off wolves, wherever people have gone, whisky has soon followed. 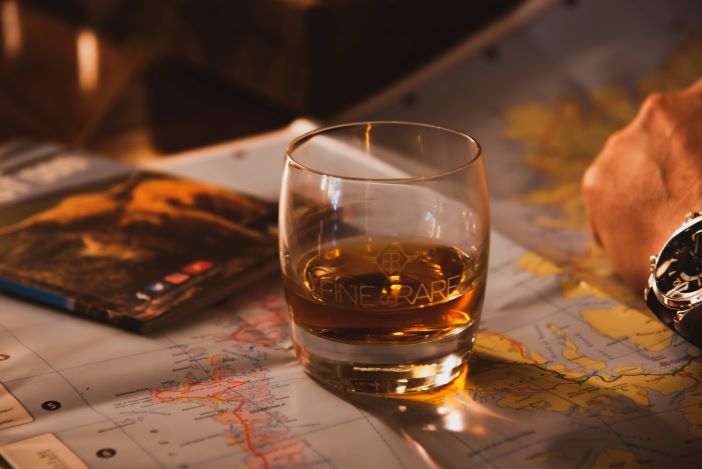 In the end, whisky really is a drink that taps into what it means to be human. It’s been with us since we first combined science and food, has spread around the world as we have become a global species, and has prevailed as a drink of the people as we have matured. It’s a drink with a long history that goes right to the heart of the societies it sprang from, and a glass of whisky today has roots that extend to every part of the world.

And it tastes nice.

*I made a tidy income while at school supplying bread yeast to friends who didn’t want to be seen buying their own in the local supermarket, wary that a scarily insightful adult would guess their intentions. Rather than creating fine wines and beers, this generally turned cheap fruit juice into a rotten, undrinkable mess that they would claim was ‘as strong as vodka’. I never got into illicit brewing, instead spending my ill-gotten gains on going to the pub, where I would drink beer that was much cheaper and less prone to causing violent illness.

The Philosophy of Whisky by Billy Abbott is published by the British Library. It has been shortlisted in the Fortnum & Mason Food & Drink Awards 2022. For more information, and to order a copy, please visit www.philosophyofwhisky.com. For more about Billy, please visit his website at www.billyabbott.co.uk.

In a special promotion later this month, for six nights only, leading whisky retailer The Whisky Exchange presents the finest Islay whisky pop-up bar to hit the capital. Hidden beneath the retailer’s London Bridge store, the Secret Islay Whisky Bar will offer lovers of the malt spirit the opportunity to choose from more than 100 of Islay’s finest drams. Whisky lovers can secure their 90-minute slot for £10 per person, redeemable against shop purchases on the night. The Secret Islay Whisky Bar is open 26-28 May and 2-4 June 2022, with sessions starting at 5pm each day. Booking is essential. For tickets, please visit www.thewhiskyexchange.com.