You only need step into Berry Bros St James’s store to see there’s a pedigree to their wine selection that dates back centuries. A tradition brought to life when they launched their new Wine Club recently as a cast of period-dressed characters took us through the company’s colourful history and which now make up the four membership options, each delivering a monthly case from their legendary cellars.

Believe it or not but Britain’s oldest wine merchant began life as a coffee shop. In fact its emblem, for the curious and eagle-eyed, is still the coffee mill that adorns the shop’s signage to this day. Established as Berry Bros in 1698 by the enigmatically named ‘Widow Bourne’, the Bourne selection is an introduction to the club and features the likes of upstart New Zealand Sauvignon Blancs from New Zealand or chic Rhone reds and is designed to stimulate and educate, aiding the budding oenophile to develop their knowledge and ensuring there’s a quality quaffable drop armed and ready on the rack any evening of the week. 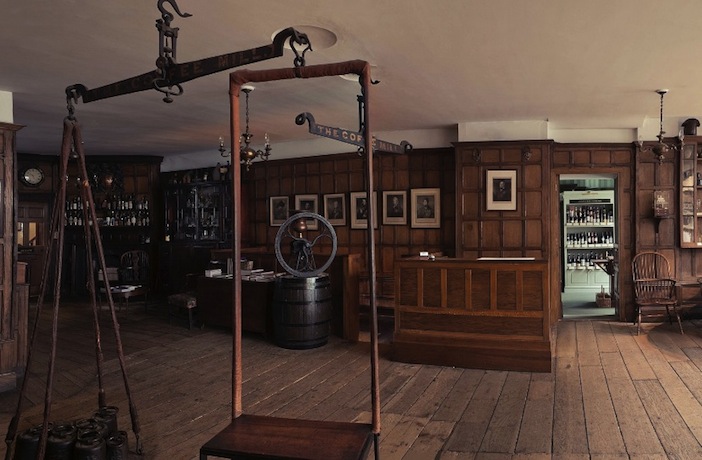 Bourne’s daughter, Elizabeth, married a William Pickering who took over the management of the shop through the 1700s and it’s his ingenuity that began to broaden Berry Brothers’ horizons. Its these sentiments that accommodate the curious wine enthusiast with the Pickering selection. Designed to expand ones knowledge, a Pickering case may even feature the odd surprise such as an Argentinian Malbec or a more daring recommendation from the buying team.

The company’s history goes continental in the 19th century as the Napoleon selection harks back to a time when revolution was in the air. Named not for the bold Bonaparte but for his flamboyant nephew, the shop’s cellar held secret meetings with Napoleon III during the Chartist riots of 1838. Here the selection is designed with fine wine enthusiasts in mind, with an option to go fully red if desired and features old world bottles such as the 2007 Contino Reserva Rioja. 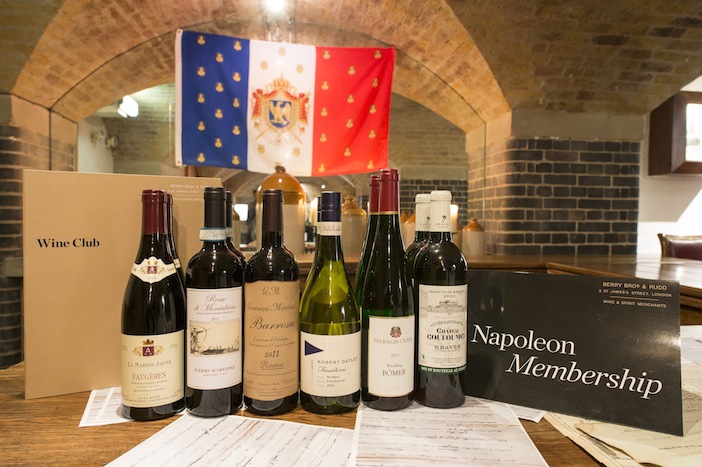 The pinnacle of the club’s membership is designed for the connoisseur; the Wellington selection is named after the company’s newest cellar, which opens later this year. The irony is not lost, however, with it delivering some of the company’s finest Old World wines. It combines the very best of classic regions, such as the Chateau Domeyne Dru Bourgeois St Estephe as well as some remarkable measures of excellence like the Bulgarian 2008 Borovitza Dux. Exclusively red, the Wellington membership is designed to be savoured, even invested.

With two Royal Warrants from HM the Queen and HRH the Prince of Wales, Berry Brothers & Rudd have been providing a fine selection to the royal family since the reign of George III. A new Berry Bros wine club, then? Arguably, it’s been around for centuries.

Berry Bros Wine Club memberships begin at £120 per case for the Bourne selection and feature three pairs of reds and three pairs of white wines per case. Memberships rise to £300 per case for the Wellington selection, which features the finest reds. Membership also includes invitations to a wide variety of wine schools and private events, tastings and dinners, part subsidised by the company in their pursuit to help nurture the enjoyment of wine.