His people spoke to my people and a date was set for lunch at the Beverly Hills Polo Lounge. Not the one in LA. The one at the Dorchester. On the rooftop.

Didn’t know about it? It’s a pop-up. Only there for August, and now by popular demand it has extended its run until the end of September.

Full disclosure: I’m not a fan of pop-ups. I find them by their very nature gimmicky. But the allure of the Polo Lounge in Los Angeles was too strong a pull. Having opened in 1941 with its peachy-pink candy stripes and green booths, it attracted the likes of Fred Astaire, Marlene Dietrich and Charlie Chaplin who breakfasted on the patio and sipped gimlets in the late afternoon sun. To this day, it remains the number one spot for power lunching in Hollywood.

So I buried my disdain and made my way to Park Lane. 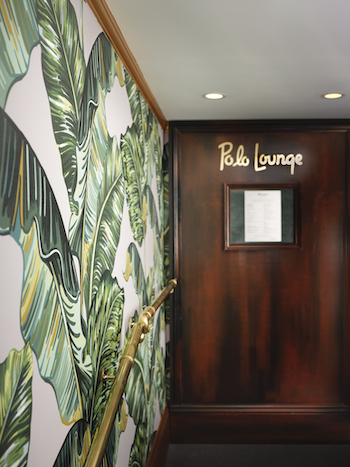 The scent of truffle oil greeted my companion and I as we stepped out of the lift on the ninth floor of the Dorchester. The views were impressive: the Shard and the London Eye to the east, Wembley Arch to the west, the bobbly treetops of Hyde Park spread out below. And thanks to Covid, very few planes going over.

Tables are dressed to resemble those on the patio of the Polo Lounge at the Beverly Hills Hotel (Dorchester’s sister hotel) – pink velvet cushions and flashes of banana leaf print, but unlike in LA where everything is super-sized, space is at a premium here. A little cramped even. This is understandable when you learn that the pop-up occupies what used to be a penthouse suite; its bedrooms re-modelled to accommodate a cold kitchen and pastry oven, its private terrace providing space for 60 covers and an open kitchen.

Dishes are served ‘as and when they are ready’ and are designed for sharing. Make of that what you will. For us, it was brilliant. We didn’t have a lot of time, we were happy to pick and mix, and the service was the fastest we’d had all summer.

The Double Decker Club Sandwich (house-smoked turkey, Virginia ham bacon, lettuce, tomato, Swiss, Cheddar, mayonnaise) – an ol’ LA favourite – is notably absent from the menu but most of the rest are there: organic Chicken Paillard, iceberg ‘wedge’ salad, crab cakes, oysters, lobster risotto and, of course, the one and only McCarthy Salad.Named after the millionaire polo player Neil McCarthy who was a regular at the Beverly Hills establishment, the McCarthy is the Kim Kardashian-West of salads. 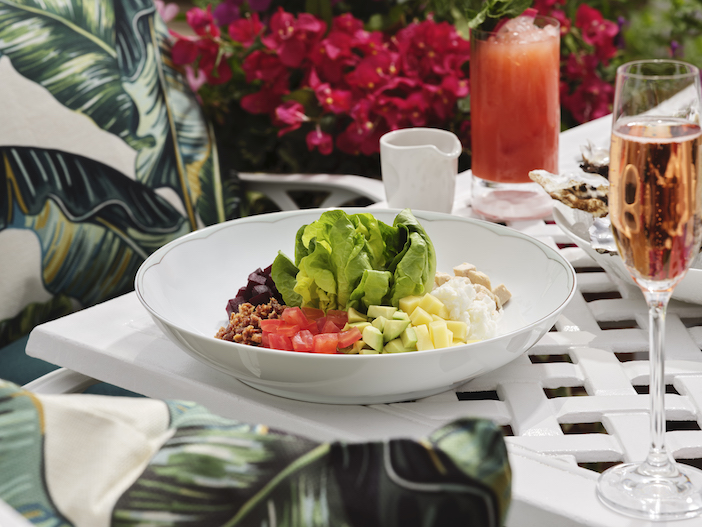 We didn’t order it ourselves but we watched with great interest when the Gucci-clad woman at the next table took receipt of one. The plate arrived: a colourful of wheel ingredients, escorted by a professional salad ‘shuffler’ in an apron who proceeded to ‘disturb’ the avocado and ‘muddle’ all the crumbly counterparts. The end result was an astonishing mound of protein and roughage certain to challenge even the most athletic of salad eaters.

We went the safe route and ordered a burrata salad. Unfortunately there was no oozing or dribbling of creamy insides. It had been in the fridge too long. The crispy squid was good. The oysters were good. The breadbasket was massive and fragrant and moreish – straight from the oven. The Wagyu sliders were tasty and shiny-topped and medium-rare. The puddings were pretty as a picture and ‘American portions’ but again over-refrigerated.

I was about ready to conclude all pop-ups gimmicky and over-priced for the umpteenth time – but then something strange and magical happened. 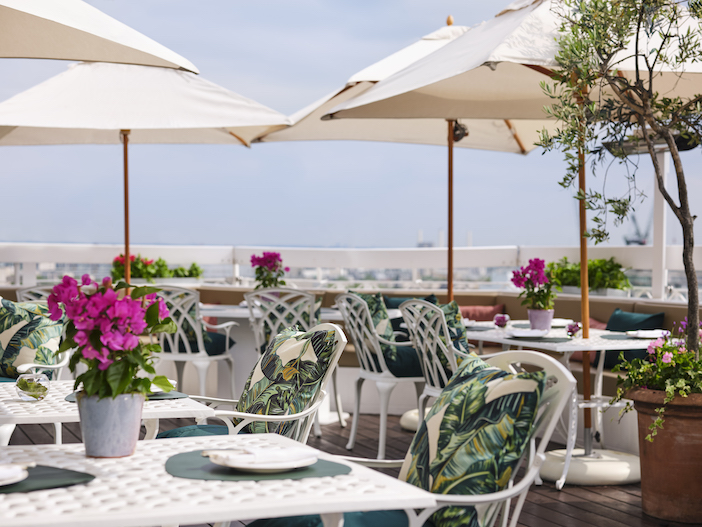 The sun came out. The Chenin Blanc was topped up. A pink-bloused chanteur with a man-bun settled himself at the piano and cranked out a Beach Boys tune, and for one breathy Hollywood minute, we were transported to Sunset Boulevard.

We smiled and clinked glasses. We made plans and shook on them. We wiped our plates clean with the soft insides of pretzel batons, and we agreed to tip our server generously.

The Dorchester rooftop can’t compete with the real thing (who can?) but it does what it says on the tin: injects the capital with a healthy dose of Californian glamour. And who doesn’t need that?

Next time I’ll order the McCarthy.

Polo Lounge at The Dorchester Rooftop, 53 Park Lane, London, W1K 1PN. Tables are available throughout August and September 2021. For more information or to book a table, please visit dorchestercollection.com.