Trending
You are at:Home»The Lifestyle»The Idler»Musings»A Walk in the Park
By Sarah Tucker on March 21, 2021 Musings

There’s a new book coming out next month, Richmond Park – London’s Wildlife Haven, which focuses on the beauty that is Richmond Park. As a resident of Richmond, London’s leafy, riverside suburb, I lap up anything that celebrates this oasis on the fringes of the capital.

Twelve miles from central London, this 2500 acres of unspoilt undulating grassland, oak woods, bracken brush bristling with wildlife, and just a ten-minute walk from where I live, the park is the reason I live in Richmond. 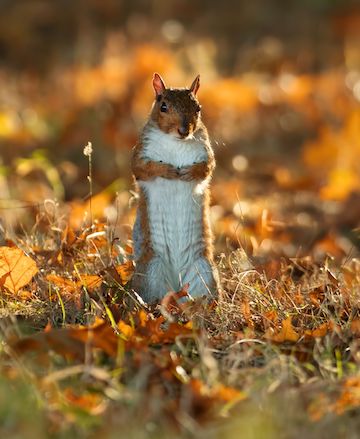 Virginia Woolf lamentably preferred death to Richmond, and, with the four-wheel drives, trenchant parking attendants, and streams of MAMILs (middle aged men in lycra) searing round the roads in the park itself, there are many reasons to up the Savills ‘For Sale’ sign and decamp to somewhere you’re less likely to get run down by self-centred cyclists tripling the speed limit and screaming expletives at you for daring to cross their road while they’re emulating Bradley Wiggins.

One of my former editors (lovely man) was misinterpreted when he wrote something along the lines of ‘the only good cyclist in Richmond Park is a…cyclist’ (you get the gist), and although I know he didn’t mean it (he didn’t) and it was allowed to go through by the sub-editors (naughty), this bunch are far from likeable. You are more likely to get run over by a bike in the park than you are to be skewered by a stag. Indeed, the deer appear to share the same antipathy towards them, so who knows.

I discussed all these issues with the author of the book, Alex Saberi, who has lived in Richmond most of his life, ‘at different gates’, starting off near Roehampton Gate, and now based by Ham Gate.  ‘I expect to swing towards Richmond or Kingston at some point,’ he tells me.

I’ve lived in Richmond eighteen years and have realised, as I travelled and traversed the park, there are so many different elements to the landscape – some clipped parkland, flat and green, like huge rugby pitches; others like Isabella Plantations, with its natural fountains, streams and willows, and heaven-like azaleas in the spring, ideal for romancing couples and gossiping mothers. 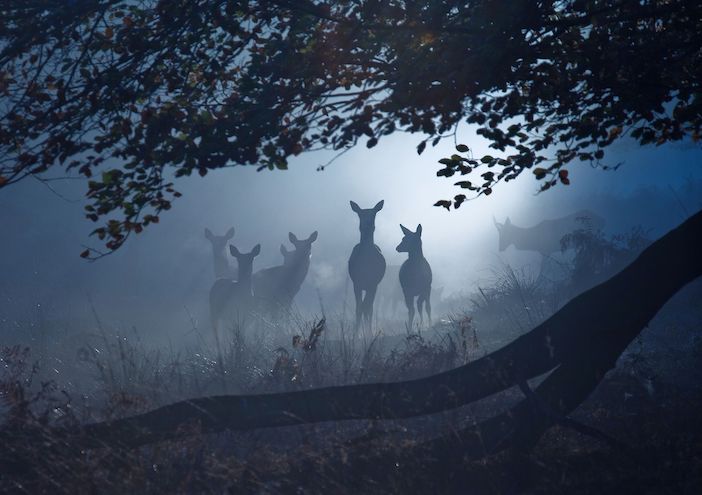 Then there are the hills, by Kingston Gate and, going anti-clockwise, the route to Roehampton Gate which the runners practicing for the London Marathon know too well as being steep enough to buckle any weak knee if you are not concentrating on the ruts and divots which grow from golf ball to football-sized proportions through the year. But what particularly stands out is the majesty of the trees, the oldest, largest and most noticeable residents of the park. Many are hundreds of years old, pre-dating the park’s enclosure, and would have witnessed Henry, his wives and many mistresses, I’m sure, walk amidst their bows.

Alex originally worked in IT and began taking photos of the park just as a hobby. “I like taking photos of detail,” he says, “and noticed the wealth of wildlife here, that most people miss. You know about the deer so you look out for them, but only the twitchers know about the incredible range of birdlife in the park, although the parakeets make the most noise, but there are hundreds of wild rabbits, which in the spring come out of their burrows on the slopes looking out over Petersham and bound about together. Then you have the burrows for the badgers which again in the summer you see, because the days are longer and although they’re nocturnal, you’ll notice them.” 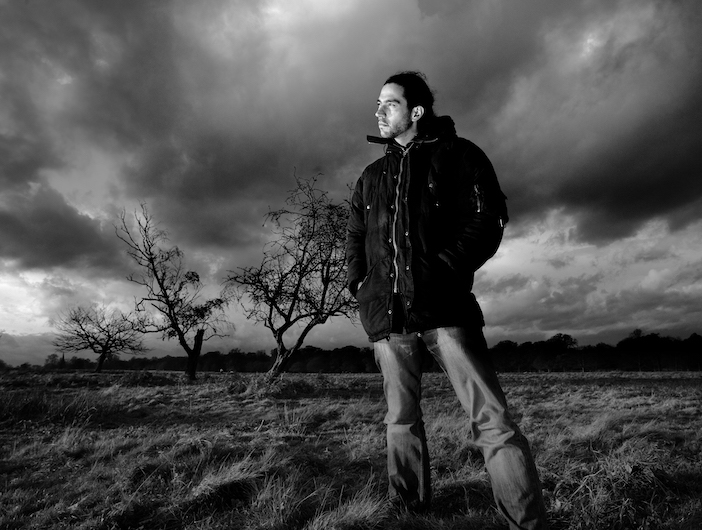 But he caveats this enthusiasm with some reservations. “The thing I don’t like is the lockdown has meant more families and people are using the park. In many ways that’s a good thing; people need the park and I’m sure it’s been the saviour of many people who don’t have gardens of their own, and have been able to enjoy the wilderness on their doorstep.

“But the problem is you get children dropping stones and prodding sticks down the burrows – I’ve seen it happen on many occasions – and the parents don’t tell them to stop. It’s the same with dogs. That they chase the deer are not the problem, it’s the owners who are the problem. You don’t have a bad dog, you just have a bad owner. Just as you don’t have a bad child, just a bad parent.  In Richmond Park, an issue which appears so grey beyond the gates, becomes very black and white in the Park life.” 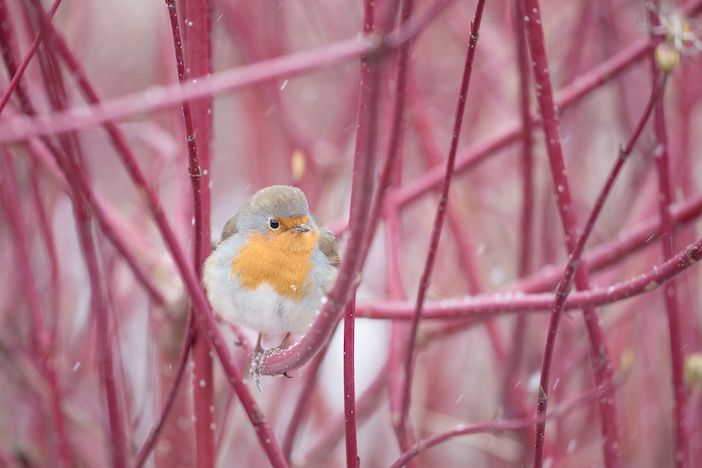 Much of the park’s appeal is that lorries and vans are unable to drive through, and, at the very beginning of the first lockdown, cyclists weren’t allowed in there either.  It was heaven. Even the deer noticed that they had command over the roads and byways far more than usual. The quietness then was highlighted because there were fewer – a lot fewer – planes in the sky, but significantly there was a quietness, too, about the people. They were less inclined to talk. They just walked in quiet contemplation; on life, death, imminent death, breathlessness, and for once even felt like they listened to their breathing, grateful they were still able to do it. When the risk of death becomes apparent, it’s amazing how you start to realise the beauty in nature.

The park changes seasonally, arguably the summer being the least attractive, when visitor numbers displace the tranquillity. In Autumn, it’s the colours, but marred by the deer culling, which you can feel in the air. There’s a tension which is tangible – to walk through at this time, you keep your head down and don’t look the stags in the eye. Then there’s winter, possibly my favourite; the fewest visitors, the trees are at their most magical. And when there’s snow the deer make everything look like a Christmas card.  Not to disparage the work of Alex (which is phenomenal) it’s very difficult to take a poor photo of the park and its wildlife. 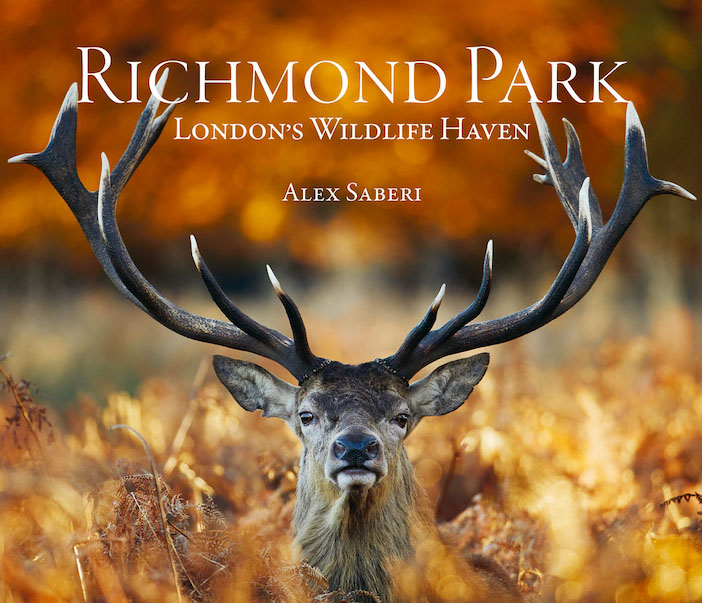 And then the spring, with the daffodils and snow drops round Poets’ Corner, with benches named after people who have sat and stared for hours at the views of London; so close and yet so far away, with its speed restrictions, one-way traffic and congestion. It makes me appreciate the value of this sanctuary all the more.

“It is worth a fortune as real estate,” Alex tells me, “but this place is priceless.”

Something the 4×4 drivers and MAMILs wouldn’t understand; knowing the price of everything, and the value of nothing.

All photos courtesy of Alex Saberi