Trending
You are at:Home»The Lifestyle»The Idler»Musings»In Praise of the Bean
By Sarah Tucker on September 9, 2020 Musings

What would you do without a coffee?

Is it one of the things that has kept you going during the lockdown? I mean, without coffee some days I would not have left the bed. Yes, hug the trees, practice yoga, write the novels, but really, it’s coffee that gets you up. So, I was intrigued when approached by an outfit called Curious Roo who wanted to teach me how to be a barista. A coffee maker, that is. Not barrister. Yes, I know, they’ve heard that joke a million times before, too. 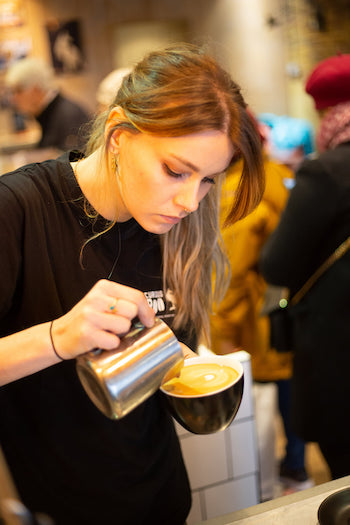 To the uninitiated, it’s not as easy as just pushing buttons on a very noisy machine and creating swans and hearts and butterfly patterns on milk froth. In fact, it takes passion to be ‘into the bean’. It’s also timely as a lot of people are re-evaluating what makes them happy in life and they want to change their job. There is a seriousness to taking coffee seriously.

Indeed, three of my friends each recently told me they want to give up work and do something completely different. And all of them told me their dream is to set up their own tea or coffee shop; selling quaint little cakes in Cornwall/Dorset/Devon/Lake District/Cotswolds. They’ve drunk enough coffee on their way to work, and so they know what good looks like – or so they think. So, why not? How hard can it be?

I wanted to find out how difficult it is to do exactly that. To be a barista. First of all, I must admit something here. Unlike said friends, I do not want to set up a tea shop. I have no interest. As a travel journalist for almost thirty years, I have realised that we – that’s the Great British punter – regard service as servile, so we tend to treat those who serve us appallingly and pay accordingly. And, I know, it’s shocking.

In Australia, they pay up to thirty dollars per hour for a barista. In the UK, you will be lucky to get minimum wage. And I’ve seen so many people – on planes, in restaurants, in hotels – being treated atrociously by customers such that I vowed I would never want to be in the industry, not because I wouldn’t want to serve – that is a privilege, even a pleasure – but because I wouldn’t want to serve the British. 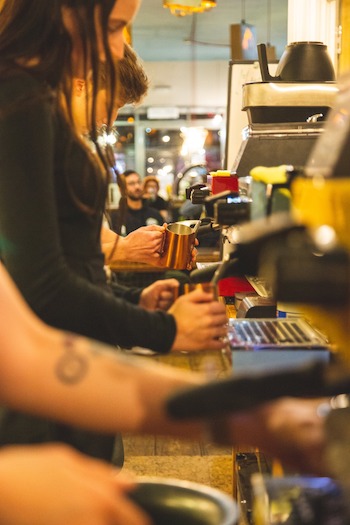 Edwin Harrison, the founder of Curious Roo, runs Europe’s leading barista academy, Artisan Coffee School, with his wife Magda, which opened six years ago in Ealing. Edwin has a reason why this attitude seems only to pervade the UK, “The bottom line is the UK values money; literally, the bottom line. It’s the culture here to value money above all else. It is why you pay bankers what you do, and those in the service industry, as well as teachers, nurses, what you do. Other countries value their service industry more, so they pay them more.”

I put my friends’ proposals to him. “If you want to start up your own business,” he advises, “you need to value the customer and the coffee more than the bottom line. If you follow the money you are not going to survive. That sounds like an oxymoron but I’ve seen it happen too many times to people who think they are going to make a lot of money from setting up a coffee shop. Count your profit by how many smiles you have seen on the faces of your customers, not by how much you have in your tills. Eventually, they will equate.”

Edwin met Magda whilst at University in Perth, Australia and decided to give up their lives as business development and HR respectively and travel. They made home in Uganda, famed more for its gorillas than its coffee beans, and were initially interested in all things bees, then realised they had a passion for coffee. They set up their first coffee shop in Putney nine years ago. Five years on they have five shops; in Putney, East Sheen, Stamford Brook, and Ealing, home of the Artisan Coffee School teaching those who want to learn more about coffee – and those who want to set up their own coffee shop.

The Roo’s coffee shops are black with brick walls, and blackboards, spaced out wooden tables, which make social distancing natural even before social distancing was considered unnatural. There’s a three-foot hole in the brick wall in the Ealing shop which has a frame round it. I point to this, curiously. “We couldn’t afford to patch it up,” explains Edwin, “but the customers like it. It’s a talking point.” 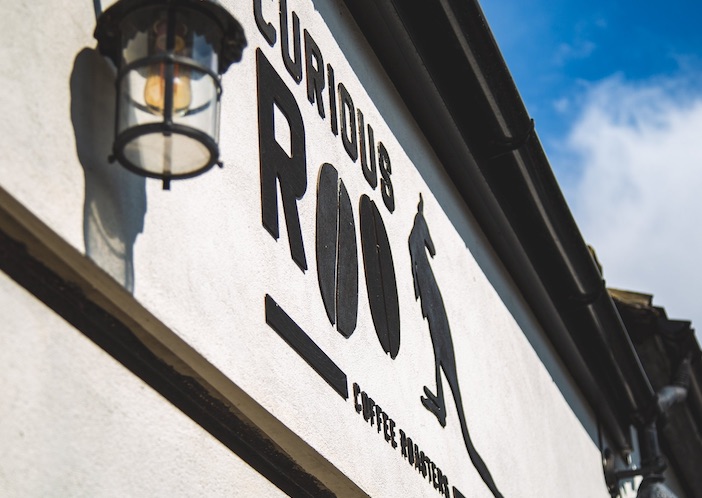 I start off my day with coffee just like most journalists, and everyone really. A bad cup of coffee I blame on the brand – but it’s not on the brand, it’s the barista. The process of choosing the bean, roasting, brewing and timing the brew, can make or break a cup of coffee. If you go into a coffee shop and the coffee is bad it’s the fault of the barista. It really is. Even how you pour the water into the cup matters.

So, what makes a good barista? “Passion and precision”, Dean Mackay tells me. Dean is the Head of Roasting at Curious Roo. Originally a chef, Dean says there is a lot of the same precision required, the importance of timing and perfectionism that is easily transferred to roasting coffee beans. He asks me to smell the aroma of seven packets of coffee. Eyes closed. Some smell stale, others of grass, others of spice belonging almost on a curry, and – my favourite – caramel. 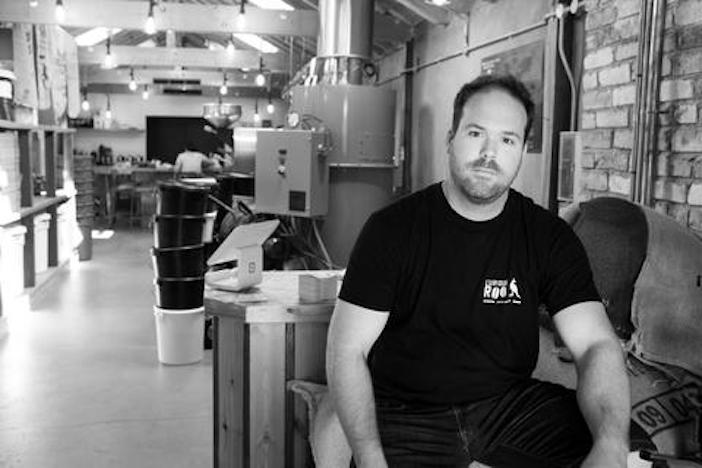 Dean also tells me about the importance of the growing, the ‘terroir’, and of how farmers are paid more, and rightly so, for producing specialist beans which pass a stringent grading system. The low plains, like Colombia and Brazil, produce more caramel chocolate flavour, the higher plains produce fruity blueberries. It’s fascinating once you start learning about it. There’s a coffee taster’s flavour wheel which I found particularly intriguing. Flavours range from caramel, honey, maple syrup, chocolate, to nutty, to skunky, rubber and ‘animalic’ (think dead rat). Quite a spectrum.

Get a sour taste, it’s probably because the water is too cold, the dose of coffee too small, grind size too large, or you haven’t allowed it to brew for long enough. And extraction is important. Over extraction or under extraction is a bit like Goldilocks and her the three porridges. In my opinion – and considering the flavour profile is so varied, everyone has an opinion – over extraction is criminal. The water’s too hot, too much coffee to water, too fine grinds and too long brewing. That’s your animalic flavour right there. It’s foul. And how many of us make that mistake and sip away? It’s even worse if you try it out as an espresso. Basically, you may have bought the right equipment, the specialist beans, got the right roaster, but if you screw up on the water-brew ratio, grind size, water temperature and brew time, you get a terrible cup of coffee. 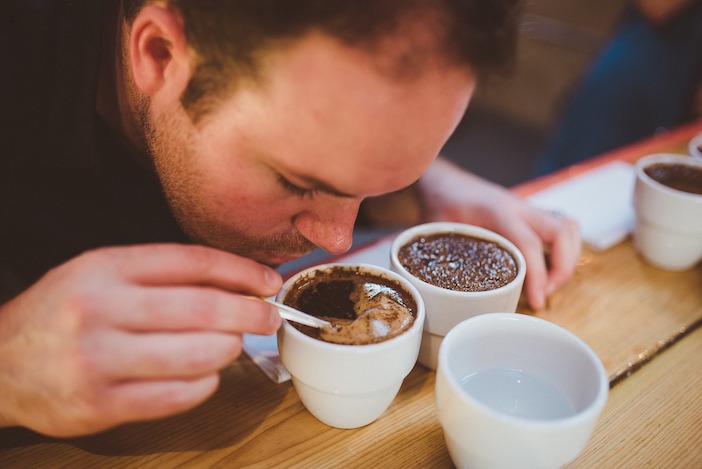 And then there’s that service side I mentioned.

“That’s something people forget,” says Kate, my wonderful Missouri-born coffee coach – also passionate about the bean. “You are in the service industry,” she says, “You need to know how to handle people as much as you need to know how to handle coffee. So, don’t sneer at anyone who doesn’t know their Americano from their espresso, or their cafe latte from the cafe macchiato. It will make even the best cup of coffee taste bitter if you deliver it with a scowl or patronising comment.”

That relationship between Barista and consumer varies depending on where you are, and it’s crucial. “In Australia and South Africa,” Kate tells me, “people go out of their way for a good cup of coffee…” Starbucks never made it big in Australia as they prefer their coffee from independents, while the British palate tends to pick up what is ever on the way. “Here, if good coffee is on your route, then great,” Kate says, “but Brits will choose MacDonalds if they know what they are going to get. Although, you’re more likely to get a Michelin star cup of coffee from an independent if you know where to go.” 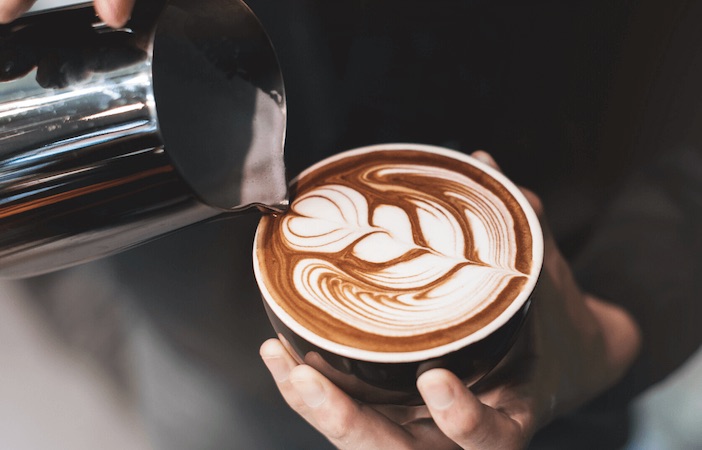 As coffee chains are closing – even the large chains – in the City there’s incredible opportunity for creativity and individuality, but you must have passion, precision and energy. Ironically, all qualities coffee offers. So, if you want to start up your own coffee shop, you need to live and breathe it.

I may have been on the introductory barista course, but the Coffee School offers so much more, for people and by people who are passionate about coffee. Courses range from a home-brew masterclass to a Latte art course. It’s fascinating learning about each individual process, sampling the different types of coffee, and why speciality coffee may not be to everyone’s palate. Why over extraction and under extraction ruin a perfectly good bean and why at every stage, precision and passion are necessary to make a sublime cup of coffee. But, in the end, it’s a matter of taste. After all, some people will still go for a MacDonalds even when there’s a fillet steak on offer.

To find out more about how to become a barista, or even if you just want to know more about your coffee in your cup, contact www.artisancoffeeschool.co.uk. And, for the coffee, visit www.curiousroo.com.