Navigating internet dating has never been my strong point. One obliging friend advised me I should treat it like a job. She met a millionaire on match.com, married him, and is still happily married to this day. Sound advice, you might think, though I firmly believe if you treat the dating process like a job application, you will need to put the work in if you get the ‘job’, and as my friends who are married to wealthy men frequently remind me, “we earn every penny”.

Full disclosure then, I have recently re-entered the market, though more out of a will to get out and meet new people following the last two years of you-know-what. My previously thwarted attempt to do so – by applying to Cambridge university for a postgraduate experience – was dampened by being confined to halls of residence in front of a screen. I felt like I was living in a fancy Travelodge. I remember watching Contagion and Outbreak over and over again, as the BBC News appeared more over-dramatised by the day. And it was only Bridgerton at Christmas last year that made me remember what it was to be like in the arms of someone who liked me as much as I liked them. 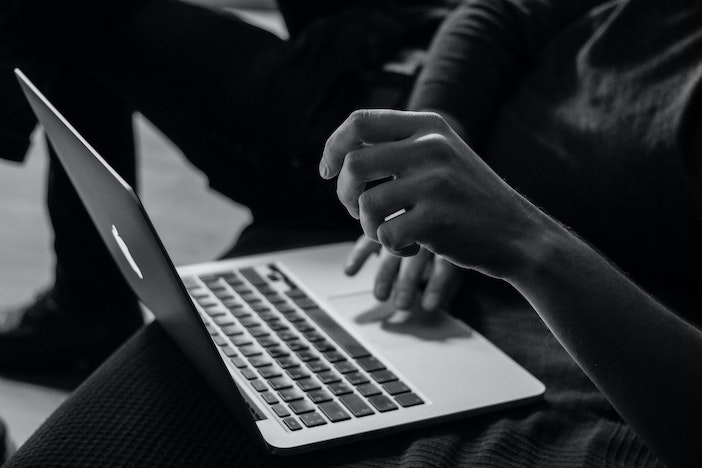 Thus, it was with hope and honesty I approached the internet dating scene again. I hugged a lot of trees during lockdown – and if trees did it for me I would be the happiest, most easily-pleased girl out there. Now, I had attempted several websites before; those you pay for, and those you don’t. Those you need to spend an hour answering questions about yourself as honestly as possible. And those you ask your friends to fill in for you (one friend described me as ‘a very good mother’ and ‘very maternal’, which I immediately deleted). I even tried those where you have to make the first move. The less said about that, the better.

Invariably, there are the questions set by the website to let the other person know more about you – and, for that matter, let you know more about you. This was ideal for overachievers, who treated it like a CV (that job approach again), but not for those who tried to make accountancy or logistics sound like fun. Then other questions; anything from ‘tell me two lies and one truth’ (“slept with tennis player Ilie Năstase, danced with Prince Albert of Monaco, climbed base camp Everest’ – guess which?), to ‘what is the first thing you think of in the morning?’ (I doubt if anyone is honest with that one), to ‘what do you think makes for a good relationship?’ 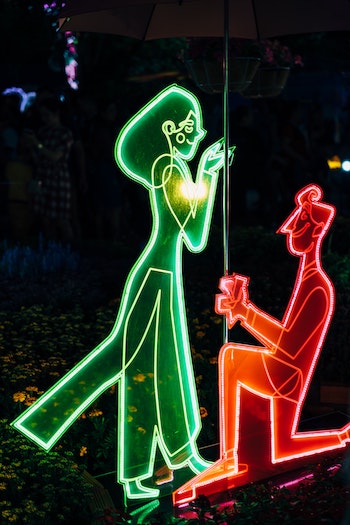 At the age of fifty-seven, and my work as a writer and broadcaster, who has travelled extensively and met people from all walks of life, I can honestly hand on heart say…I don’t know. Most put honesty and trust and communication, and other such virtues. The more material put things like love of music and pheromones, and the spiritual will always mention values, generosity and empathy. Those who have been in abusive or challenging relationships will focus on ‘no narcissists, coercive controller, commitment phones, f*ckwits’, and go big on wanting kindness. Narcissists, whether vulnerable or grandiose, will never admit to being one, you just need to detect that in their responses. I always do the ‘three question rule’. You ask them three questions. If they don’t ask you one back, they’re a narcissist. End of conversation – and date.

Then there are the interests. Everyone says travel, food, and something sporty usually goes down well. I’m a travel journalist, author, broadcaster, present a community radio show and write for this amazing magazine, as well as currently studying children’s literature at one of the top universities in the world. I don’t say all of that, just one thing, and then, if it comes out in conversation, I’ll say I also teach yoga in schools, or have presented an award-winning documentary for the Discovery Channel. Many have achieved a lot more. And what you achieve isn’t who you are allegedly, but it gives a good indication if you’re a drifter or a grafter. In work, at least. One boyfriend once told me, when people ask me what I’ve done that week, don’t tell them. ‘Just say one or two things’ he advise, ‘it’s less intimidating.’ To be fair, I was going through the divorce at the time, and when you’re going through a divorce it’s amazing what you achieve on that energy.

Of course, there are the pictures. I chose ones where I am smiling, no hats, and ones that show the face and body. So many men have pictures of dogs, their children, their cars, their friends. It’s as much the sell of their lives as it is them. And what’s with wearing sunglasses? That’s an instant swipe left. Cool you might think you are, but what you hiding, eh? 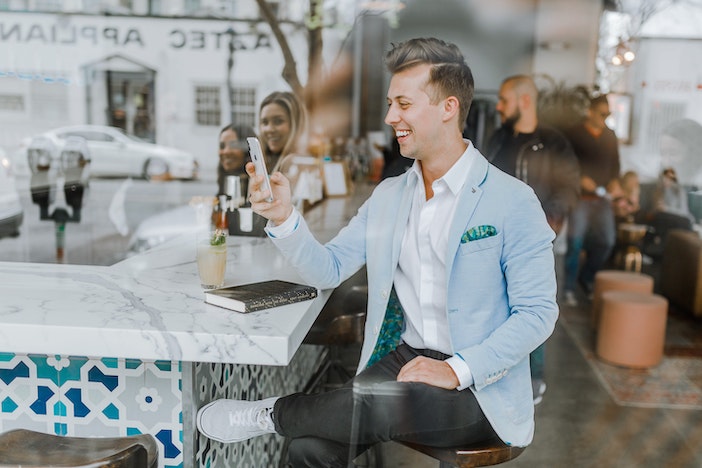 Also, some people lie. Including me. That is, I lied about my age, but then I don’t look or act my age, and when I meet those who were around my age (allegedly), I find they’ve done the same. It’s a number, sure, though it matters when you’ve let yourself go.

Then there is the ‘occupation’ section.  I swipe to the left anyone in finance or property, mainly through experience, although I am sure I throw some babies out with the bath water, and anyone who talks in balance sheet terms (talks about people being liabilities, or assets, or owing a debt to someone for good behaviour!).

Once you’ve hauled yourself through that lot, got a ‘match’, gone through the obligatory greetings,  you might finally get round to meeting. The girl who married her match.com millionaire told me only to meet for ten minutes, have a coffee and then go. “Make an excuse,” she advised, “you know in the first second.” You really do. I admit, I found that challenging, especially if they, or I, had come a long way. So, I always scheduled a backup; an appointment I needed to make, and so I could only do a quick coffee. 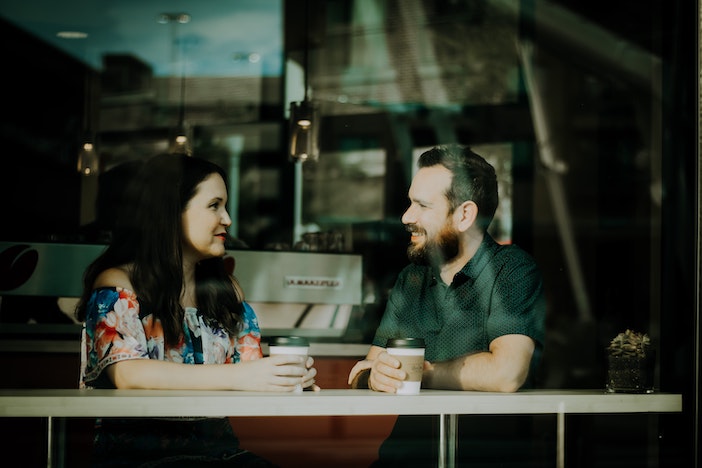 I’ll keep names anonymous, but the ‘matches’ were varied. Some looked nothing like their photos – ‘cat fishing’ I am told it is called. Others talked endlessly about how much they hated their ex-wives, which reminded me of how my ex talks about me so that was a no-no. There were those who overshared to the point I could have written a book about their life. There were those who were into PVC and rubber, were in and out of the bedroom, and showered my texts with pictures of where I could buy leather shorts and shiny black leggings. Each to their own, eh? I only got one dick shot, but I suppose it is something I am now able to tick off the list.

Then there were those who needed a nurse with a purse, or therapy, rather than a date. They were at least interesting. There were those who talked about sex from the word go and bragged about their prowess – but they tended to be the worst, not that I got that far with most of them. 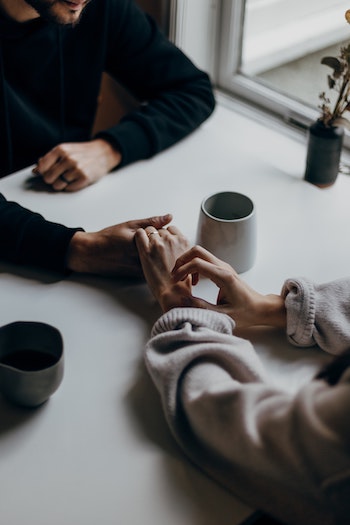 Then there were those who wanted to impress with anecdotes, some of which were badly timed and ill-advised. Like the tale about a man being sick before the main course arrived. Then there was the one who admitted he had been unfaithful to the mother of his daughter because he felt it would help their relationship, which he said it did. This he told me on the first date. My friend, who is training to be a counsellor, told me it is better he admitted this on the first date rather than the fifth. It saves time. Then there was the one who slept with me after which he said he wanted to be friends, until he wanted to sleep with me again. I am not sure that’s friends, let alone ‘friends with benefits’. But it’s all good fodder for the writer of ‘fiction’ novels, isn’t it?

All told, having had such a big gap between a relationship of any sort and going back out there, I felt I was doing the right thing by standing back and observing more than speaking. I observed how men want to impress and how they do it. And how I learn more by keeping silent than by speaking. I am a natural chatterbox, to the extent I think I’m ADHD, when I always thought it was because I found people boring. But when you meet men who aren’t, I know that’s not the case.

I’ve heard women who meet their lifelong matches on the internet dating scene and others who lose tens of thousands of pounds to men who don’t exist and have no interest in anything other than improving their bank balance. As for me, I will continue my studies, in the monastic existence amongst the whispering books and librarians of Cambridge, and hope that, one day, I might just trip over and find him in real life rather than the pages of the fictional novels I write.

Sarah Tucker’s book ‘Down and Up the Leg’ is out now in all good book shops.