Trending
You are at:Home»The Explorer»Hotels»Congham Hall
By Angela Clutton on October 15, 2013 Hotels

An extraordinary thing happened in the bar at Congham Hall. A fellow guest ordered a Pimms and the bartender asked someone to get him a cucumber. So far so ordinary. But who do you think was dispatched to get the cucumber? Not some eager-beaver waiter. Nor a hands-on owner (although he is – more on that later). No, it was the gardener. Sent to harvest one of their home-grown cucumbers so that it could be sliced into the Pimms barely minutes from leaving its vine. It’s a story that says a lot about this lovely hotel. 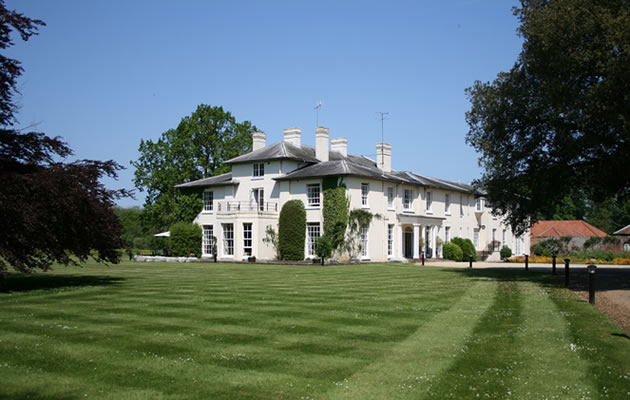 Norfolk’s Congham Hall re-opened in May 2013 following a year of refurbishment under the new owner, Nicholas Dickinson. New to Congham Hall he may be but Dickinson is an old-hand at successful hoteling. His impressive back catalogue includes Chewton Glen, Le Manoir aux Quat’ Saisons, creating Luxury Family Hotels and then selling it off to von Essen. I didn’t get the chance to ask him this but it’s tempting to think that by taking on Congham Hall he’s gone back to what made him want to get into the hotel game to start with. Why else would he be behind the bar on a Saturday evening, pouring drinks and chatting with the locals who must be chuffed to bits and bobs that Congham Hall is on the up.

The owner’s presence gives the place personality but it’s not just that which sets Congham apart. Maybe it’s the size that makes this hotel feel more personal than most. There are just 26 rooms – 11 of which have private terraces and edge the gardens. In fact, most things at Congham interact in some way with its 30 acres of outdoors. And that cucumber that was headed for the Pimms was no accident. 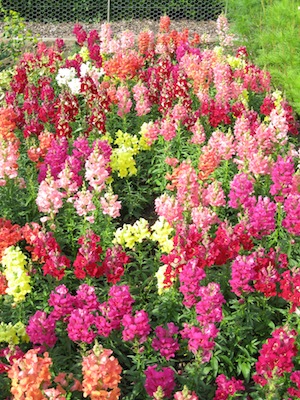 The hotel’s grounds produce an extraordinary range of fruits, veggies and herbs. The gardener works closely with the chef to plan and grow what the kitchens want to cook with. When I was there I saw or ate their homegrown cox, orange pippin and laxton apples; celeriac; beetroot; carrots; tomatoes; courgettes; green beans that tasted better than any beans I’ve ever had; pears; and pumpkins. They’re just the ones I spotted. I’ve no doubt there were other things too that I missed. Every morning the gardener will ask the chef what he needs for that day and then go and pick it. (Which isn’t to say that all the hotel’s fruit and veg is produced on site. Congham Hall is certainly set to be far more popular than would make that sustainable.)

The gardener and house-keeper work together in just the same way. Housekeeping discuss with the gardener what flowers they’d like to have for the hotel’s rooms and he and his team do their darnedest to oblige. Apparently that’s how it’s always been done at Congham. Philip the head gardener told me that in days gone by the estate’s lavender was dried and made into fragranced wardrobe pouches for the guest rooms. I can see that may be a stretch too far nowadays but I love that even with the light, modern, luxurious feel that the refurb has brought to the hotel they’ve also kept true to how the grounds’ produce is woven into its life. 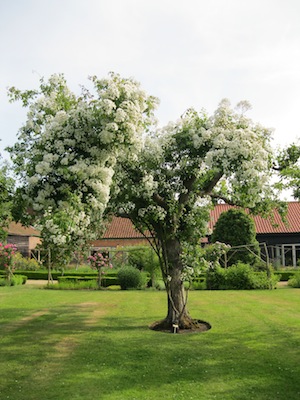 I’m banging on about the gardens a lot, I know. It’s hard not to – they’re everywhere. From the bar you look over the gardens. The restaurant has these huge glass windows that give it a wonderful airiness and spectacular garden views. The spa has an outdoor hot-tub and 12m swimming pool which – you guessed it – look out onto the grounds.

In fairness to the spa it has a lot more going for it than just its vista. My facial treatment was up there as one of the best hotel spa experiences I’ve ever had. Great rooms, fab therapists, lovely range of products. Nothing not to love. Go from there to the pool with its accompanying saunas, steams and footbaths and your skin will look as blooming as one of Philip’s roses that wind around the pear tree.

I should admit that on my visit we were the only people using the spa. Having the ‘experience showers’ all to yourself does tend to make the experience even better. Such blissful solitude was mainly due to the Garden Rooms being only a hop, skip and dressing-gowned-jump from the spa. If you stay in one of those rooms – and you should, they have all the luxury you’d expect of a hotel of this standard – then I heartily recommend you heave yourself out of bed super early and go for a quiet swim before everyone else is up. 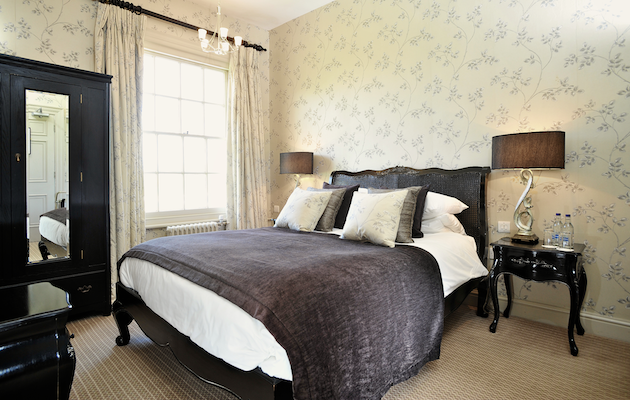 I can’t see how this re-launched Congham Hall will be anything other than a huge success. But even as that happens I feel confident of still being able to go for an early-morning quiet swim there. That’s the beauty of it being only 26 rooms. Congham Hall should continue to feel like a bit of a secret. Nicholas Dickinson’s own secret garden that he’s letting you into and which he really wants you to have a great time in.

Oh yes, and there’s one last thing I want to tell you about the gardens. There’s a trampoline. Not enough hotels have trampolines.