Trending
You are at:Home»The Explorer»Hotels»Spirited Away on the Isle of Jersey
By Sarah Tucker on January 7, 2020 Hotels

I broke my phone. As in I actively, with intent, broke my phone. Never one to do things by halves, in a fit of hormonal rage (yoga is not working) in response to ten consecutive very bad things in too few days than was fair, I smashed the mobile to the floor.  I picked it up, and, realising the screen wasn’t broken, I did it again until it was. So there.

As payback for this fit of pique, compounded by a frustrating week and an irritating £65 to get back online again, I felt a menopausal break was needed. Fortunately, Jersey is widely known as one of the leading staycation breaks, so, early one Friday morning, after a train to Gatwick and half an hour in a plane with a tailwind, I found myself at Jersey airport preparing for a couple of days of R & R at the utterly enticing Atlantic Hotel. 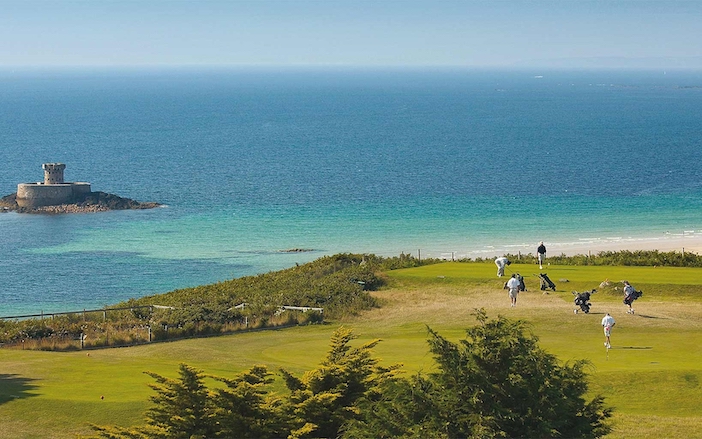 I couldn’t smell the seaside, but as I stepped out of the airport, I got that unmistakable hit of the salt in the air. A few more twists and turns past smaller seaside villas with names like Avoca and Butterweed, and Franglais-sounding street names reminding me how close we are to the French coast, I arrived at the harbour, bobbing with small boats, silver light bouncing off their hulls, in the late November afternoon. Then it was onwards to St Helier.

Jersey, famous for its fragrant potatoes, its Durrell Zoo, its long eye-lashed cows (very jealous), is enchanting even in – and I would probably venture, especially in – the winter months.  Fewer tourists, fewer cars, and much more dramatic thanks to the steely Atlantic.  And for which the hotel is allegedly one of the best in the UK for views of ocean storms.  It’s difficult not to get stirred. 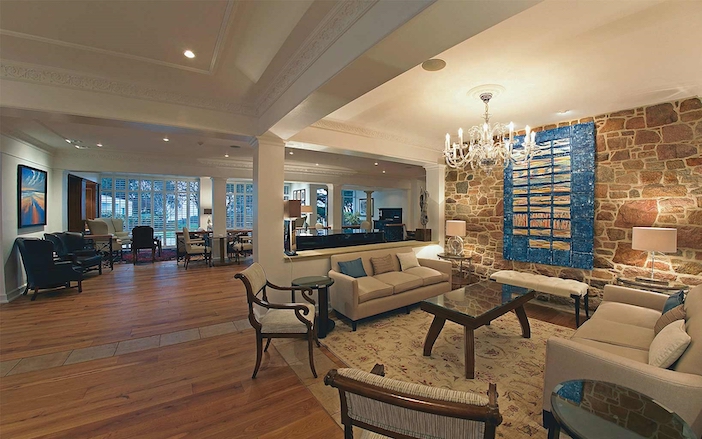 The Atlantic Hotel may only have ticked four stars, but it has the service and style of a five. Boutique in size, staff are efficient and elegant, and the hotel, erect on a hill looking over the ocean, takes advantage of its position with clever use of space and light, dressed with eclectic artwork, and feeling more like a stylish lighthouse on the inside. There’s even a large pond half in, half out of the reception area, teeming with goldfish and two sizeable koi which reminded me of the mystic animals in Spirited Away. Their huge mouths coming to the surface might whisper words of wisdom as you walk by. I could have sworn one, an eerie look-a-like for Michael McIntyre, advised ‘don’t eat the seabass’ as I passed him.

Admittedly, the sky-scraping banking HQ, which has made a mini square mile of the shoreline capital, casts a grubby shadow over what is otherwise an incredibly beautiful island, but as the chef at the Atlantic, the multi-award winning Will Holland, told me as we walked one morning scavenging for seaweed to add to his phenomenal menu, “the real wealth of Jersey is the 45 mile coastline walk.” 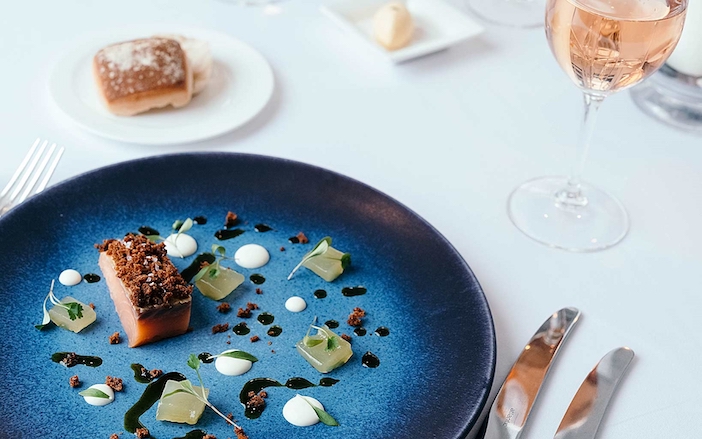 Indeed, although you can hire a car, Jersey is a walking island. Walk everywhere. There are no buses that lap the island entire – you need to hop off and on about three to get round – but it is a wonderful place to coastal walk. Plus, hiring a car would omit all that local gin and wonderful local wine, so you’ll probably need to go by public transport or walk anyway.  On the longest day of the year hundreds come here to tread those 45 miles, many starting at dawn and ending at dusk to complete the circuit. For my part, with a hearty (early) breakfast and the promise of their fine Sunday lunch, I managed five hours, mainly distracted by the incredible wildlife.  It’s the sort of place to make you want to get a book and find out about birds.

For those less inclined to perambulate, the hotel has a small gym, heated indoor and outdoor pools and a sauna for one (at a squeeze, two). The rooms are stylish, spacious, well thought-out and, of course, feature those exceptional views of the ocean.Surrounded by parklands and a golf course, it’s easy to feel you could just stay and relax indoors, but whatever the weather, particularly the short, harsh winter months, I would urge venturing out and walking. 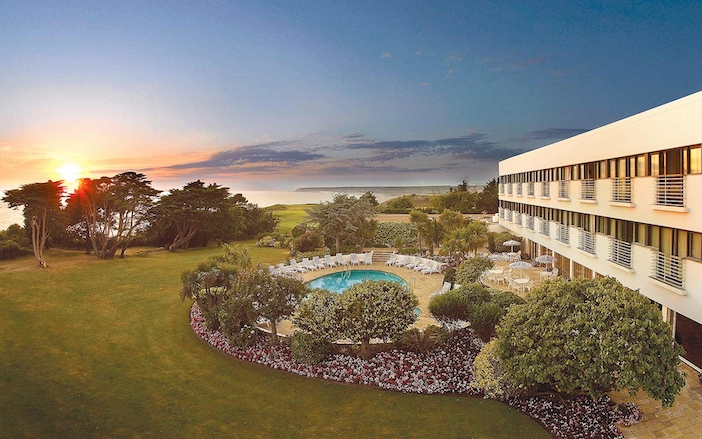 The Atlantic is a hotel for those who want to feel rejuvenated, bathed in dramatic, tear-jerking scenery, spirited away in squally surf, replenished with fabulous food, and stimulated by conversation with charming and sincere staff. It is the perfect antidote to the inexplicable angst that comes with the winter gloom. I’m considering smashing my phone again.

For more information about the Atlantic Hotel, including details of their January offers, visit www.theatlantichotel.com.