Architect Sir Gilbert Scott once said: “Railway termini and hotels are to the 19th century what monasteries and cathedrals were to the 13th century.” In his day, St Pancras station and the Midland Grand Hotel — which he designed — were chief among such ‘holy’ sites. Over a century later, the latter — re-christened the St Pancras Renaissance in 2011 after a £150m restoration — has ensured that his Victorian prophecy survives. 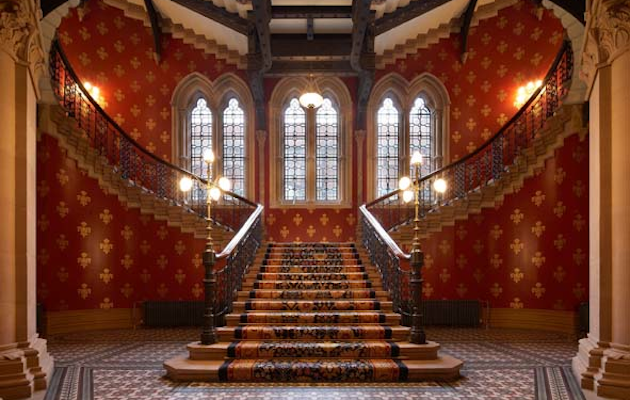 A palpable buzz swirls around the five-star hotel, as evidence of the King’s Cross development boom encircles it in the form of cranes and major works. Google’s decision to locate its UK HQ in the quarter plays a role in the real estate feeding frenzy, no doubt. Yet, two or three decades ago, if one had mentioned venturing into King’s Cross — for anything other than rail travel — one would have been met with awkward stares and sentiments to the tune of ‘get thee to a nunnery!’

Today, the area is a microcosmic harbinger of the global era of high speed trains — a re-glamorisation of train travel and its accoutrements. The St Pancras Renaissance Hotel’s central station-side positioning and provenance make it a pilgrimage site for architecture aficionados and hopeless romantics alike; while its contemporary brand name power infuses it with a healthy dosage of the cool factor, thanks to Harry Handelsman. 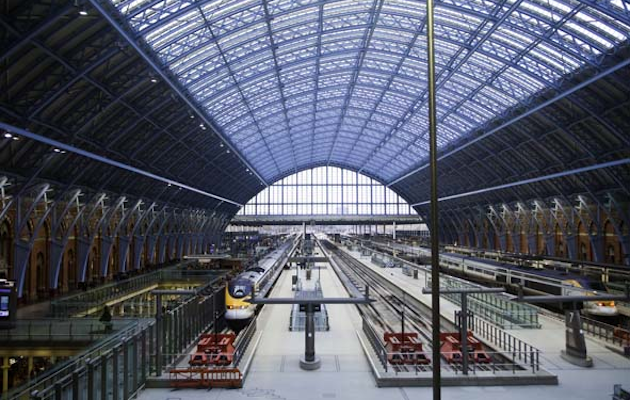 The super-developer and his Manhattan Loft Corporation (responsible for the hotel’s revamp) are known for their post modern stylings – the refashioning of The Edison’s Deco space into industrial office lofts being a prime example. So, the St Pancras Renaissance accordingly keeps it current with Barlow House, a 120,000 square foot 207 room contemporary extension.

Yet it’s the 38 exclusive Victorian suites in the old building, known as The Chambers, and their attached eponymous private club that dramatically set the stage for an unforgettable stay. Suites boast extremely high corniced ceilings — a luxury in space-deficient London. The windows of one corner junior suite serve as surreal prosceniums, showcasing unusual indoor views. On one side, beyond the station’s supportive ironwork — which reads Cutterley Company Derbyshire 1867 — St Pancras’ famous Kissing Statute looms like a gargantuan mistletoe offering to amorous hotel guests. The welcome visuals are the extent of the station’s imposition on the room — which is surprisingly quiet. 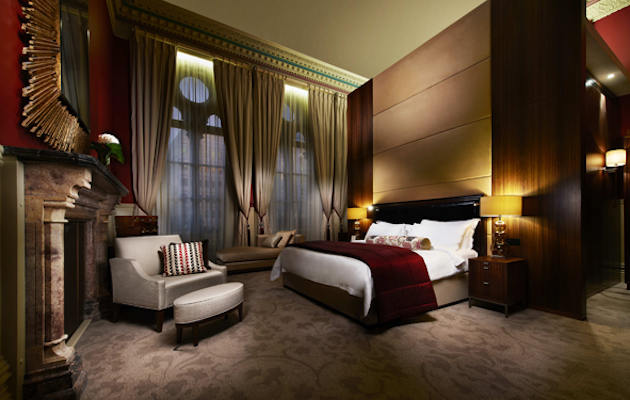 The suite’s other corner window is a privy perch that looks out onto the bustling Booking Office bar & restaurant. There, in the station’s historic ticket office, diners enjoy quintessentially British eats like fish cakes and continental fare such as foie gras and smoked ham hock terrine, washing them down with punches — like the Charles Dickens — made from antique recipes and served in cups that scream ‘elegant steam punk’.

If you hope to get truly punch drunk, not only are their late closing times night owl friendly, but they also offer a ‘punch degustation’. And, next door in Marcus Wareing’s Gilbert Scott restaurant, mixologists are serving up some of the most exquisite cocktails in London — most notably its Amber Embers camp-fire smoked whisky infusion.

One gets the sense that other spirits roam the halls of the property too — though not to haunt but rather to stand sentinel, ensuring that its historic essence lives on. The hotel’s designers play their part in this too. 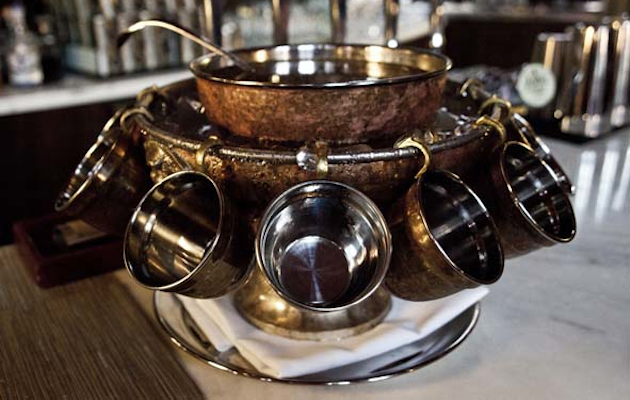 Nestled within an opulent, heart-shaped crimson enclave where three sets of stairs meet, it’s easy to get caught up in playing the role of the starlet or the belle of some bygone-era ball. Europe’s grandest staircase – located inside the grade I listed hotel – has, after all been a cinematic backdrop for the likes of Bridget Jones and Harry Potter. Off-screen, it was here that many a Victorian lady and gent ascended to their sleeping quarters or to the famous Ladies Smoking Room, in the case of the former.

Although the staircase wards off unwanted interlopers with a velvet rope and polite but exclusionary sign, the other entrance to the Chambers from the Booking Office is more definite: a locked door. Once swiped in and through it, guests make their way past framed period Midland Railway and St Pancras Hotel maps and into the Chambers Club — accessible only to guests staying in one of the 38 suites and ‘special friends’ of the hotel’s. 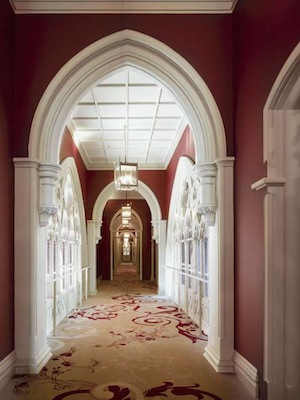 Nightly complimentary wine and canapés give sojourners the chance to unwind under its grand archways, surrounded by classic tomes and artwork from Mr Handelsman’s collection including an oil painting of Jean Harlow by Gerald Laing which saucily overlooks the comfortable surroundings.

In addition to the added perk of experiencing the city like a true Londoner via a members club, a signature Gentleman’s Tonic ‘wet shave’ is available to male visitors (whilst female visitors can explore the spa). All chambers guests are attended to by a butler available for the complimentary pressing of two shirts — which will never be the same again after such fastidious handiwork.

But the gratis Chambers amenity that most reflects the spirit of the station-side luxury hotel and re-livening of the Golden Age of train travel is its VIP Eurostar transfer service. Your personal ‘Jeeves’ will pack your Louis Vuitton steamer trunks onto a porter’s trolley and accompany you to the terminal, where you’ll be fast-tracked through security and dropped off at your train — presumably the Orient-Express.

And here in the renewed St Pancras, where past and future collide, an old saying gets a new lease: it’s about the destination and the journey.