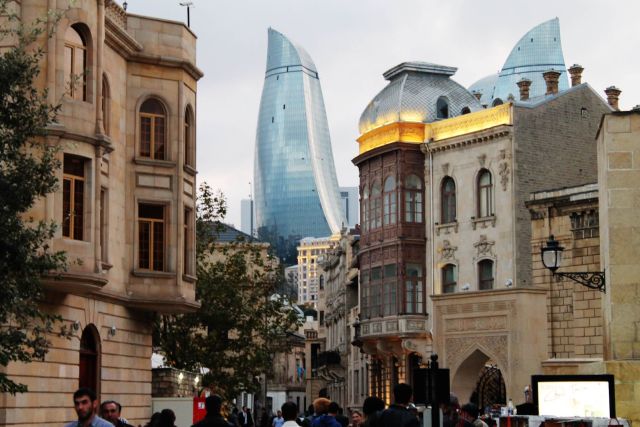 I step off the aircraft. There it is, the familiar fragrance of the air, a peculiar sweetly caustic smell of petroleum and the sea. The city lies low, at sea level, which means spectacular ruby sunsets. We used to stay up all night, on the beach, watching the sun rise. Slowly it would turn the sky from black to indigo before shattering through the darkness in a gradated explosion of vermilion light. I look at the horizon, the sky is a dusty pink, it’s about to happen, the perfect welcome.

What do most Westerners know about Azerbaijan? Firstly, it ends in an –AN, a priori making it a dodgy Borat state; a large toothless peasantry wielding pitchforks and a few oil-i-garchs, and hey, presto, the cinematic vision is complete. Well, I’m not out to right misconceptions. Nor do I write as a patriot; I’ve lived in London my entire life, so that probably makes me more of a tourist. What that doesn’t make me is unbiased. I’ve been spoilt. Hospitality, warmth and kindness mean that for every bad word I have to say about the place, I’ve ten good ones. So I hope you’ll agree that it’s artifice to adopt journalistic objectivity when writing of experience. And besides, isn’t the prism of bias always more interesting?

The car hurtles down the butter-smooth road towards the city centre. The family chauffeur vrooms the engine antagonistically at the spunky 80s Lada trying to overtake us, a black M6 cuts between us and breaks up the petrol-head scuffle. A briny breeze is blowing off the Caspian and although it’s November, it’s still warm and gentle. 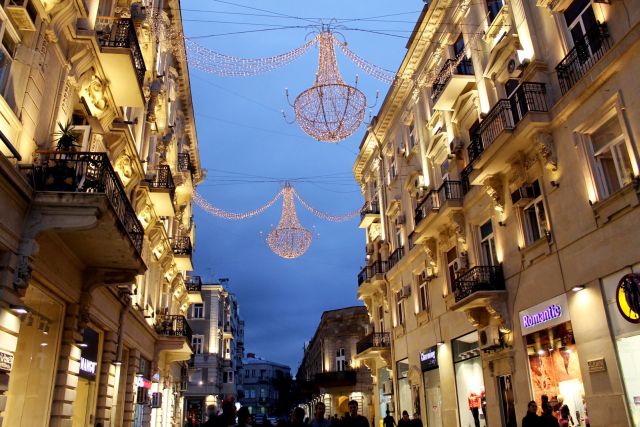 The pace here is Mediterranean and easy going. Family is important. So is fun. People here don’t get lonely; everyone’s doors are always open. Friendships are intergenerational. When I’m in the city I’ll visit my grandmother’s 80-year-old neighbours in their Khrushchev era homes and talk nostalgia, which for them is eerily the Soviet Union circa 1950s, over tea and candied fruit preserves. Likewise, my friends pay impromptu visits to my relatives and no matter your age, you’re never left on the scrap heap, there’ll always be someone who cares.

You don’t need the history books to understand Baku because it’s what your eyes see that tells the more compelling story. The architectural tapestry is diverse, spanning the 12th century fortress and palaces at the historical core of the city, all the way through to Islamist, Tsarist, Grand European, Soviet and Modernist styles. We drive past the Maiden Tower, a 12th century fortress shrouded in legend; a sort of pre-Shakespearean Romeo & Juliet of undying love and death. 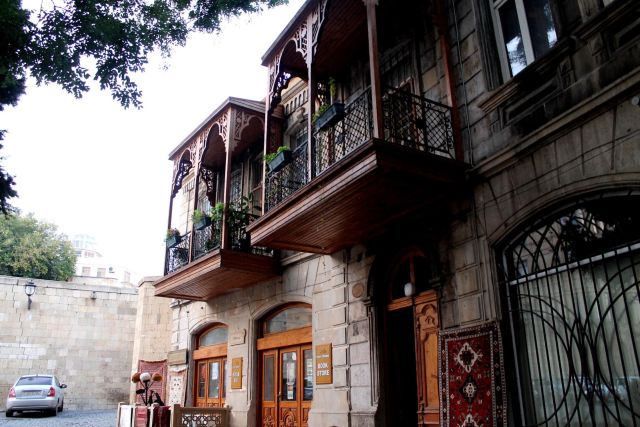 Azerbaijan was a key stop and trading centre for the caravan routes of the Silk Road and over the centuries the country has welcomed travellers from far and wide. It’s perhaps such century-old traditions that make the place a paragon of tolerance, regardless of religion, creed or skin colour. Amusingly, the local Rabbi often complains that the Jewish have it ‘too easy’ in Baku and that the absence of any sort of religious tension means that the community is growing a bit complacent.

At night the city is aglow, the splendid 19th century buildings bathed in a wash of gold, their ornate balustrades and intricate masonry as exquisite as the most Parisian of rues. These scenes are not a modern Disney-esque imitation of grandeur. The baroque renaissance style buildings were built by the oil-barons during the petroleum boom of the 19th century when the industry was in its infancy and families like the Nobels, Rothschilds and local millionaires constructed spectacular palaces, residences, theatres and halls.

In the evenings my friends and I stroll along the seafront before settling for a dinner of sushi, pizza or you-name-it. It doesn’t matter where you go, there’ll be faces you know everywhere; the city is small, the crowd is not anonymous and nor are you. The restaurants are buzzy and the nightlife seasonal: beach clubs, yachts and rooftop parties in the summer; clubs and house-parties come winter. All the fun happens in beautiful new monuments of steel, glass and impeccable design; happily the Noughties era skyline of clouds and cranes has mellowed and development is now focused on prestige projects and improving the tourism infrastructure. 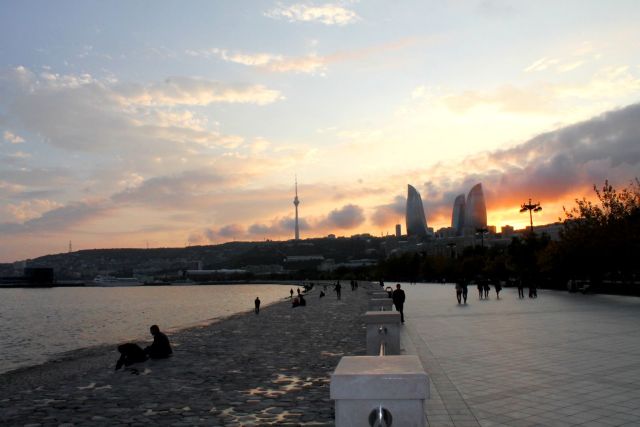 What I most love about Baku is that if you know where to go, you are transported back in time. Wander off the main streets onto the charming higgledy-piggledy alleys that are still populated by apartment blocks dating back to the Soviet Empire. Walk through grimy detritus strewn corridors of peeling paint and arches embossed with the hammer and sickle and you are in a different world. Most of the residents, like my grandma, are of the old generation. Inside their homes you’ll find cabinets of Czech crystal from the 50s, figurines of porcelain and china, kerosene lamps, Marxist knick-knacks, furs in their wardrobes and always a story and a cake in the fridge.

Such scenes leave me sentimental and misty-eyed, but I guess I’ve always enjoyed having a foot in the past. Maybe that’s why I find such magic in Baku; whilst it’s a capital like any other, the past has not yet been lost to dusty books and dead museums; its history is still alive and beating.