Trending
You are at:Home»The Explorer»Travel»Destination Deutschland, Part I: Thuringia
By Toby 'Lawrence' White on October 9, 2021 Travel

This my first trip abroad in two years and I’ve almost forgotten how to pack. Upended by countless stories of aborted holidays and mind-numbing, costly quarantines, when the opportunity came, I needed to select the destination carefully. A beach holiday on a Greek island? Perhaps, for some R&R. But I feel I’ve had plenty, served up with a dash of ennui, in Groundhog Day lockdowns. No, this destination should be somewhere different yet familiar but, equally, I’m limited by what’s available. Short haul. Green list. So, Germany it is. To Thuringia, Saxony, and the cultural epicentre of the East, Leipzig.

Just to get the sense I’m really getting away, I’ve opted to take a route quite literally off the beaten path, intending to discover new places. We breeze through Berlin and I look forlornly to Alexanderplatz as we leave the Hauptbahnhof. Oh, well, next time. On our way into Thuringia, the capital, Erfurt, is simply a pit-stop. Again, its beautiful hilltop cathedral and merchants’ bridge will have to wait. 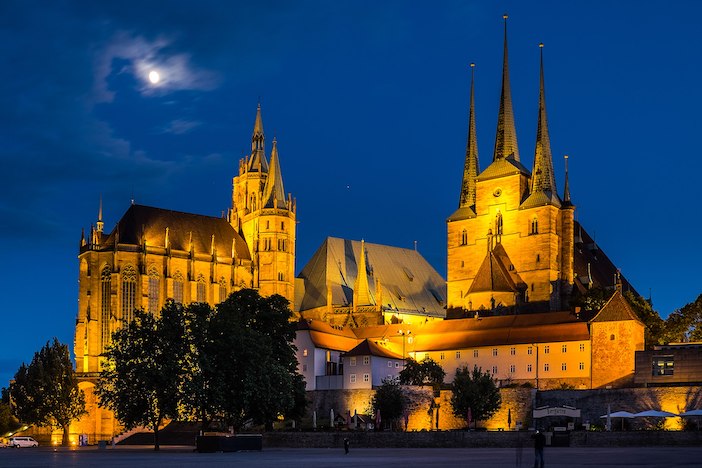 We are even a stone’s throw from Weimar, Germany’s cradle of the enlightenment and interwar Republic capital. Images of Bauhaus and Goethe spring to mind, and the sound of decadent cabaret dissipates from my imagination as we course through endlessly flat landscape, passing mothballed industrial towns, drizzle smattering the window. But I’m buoyed by the notion that with such historic and cultural milestones in this region, and for us to be skipping all the known landmarks, our destination must surely be the cherry on the cake.

To say Arnstadt is a small, sleepy town is to call a coma like taking a nap. It’s so off the beaten path even Horst, our guide, has never been. And he’s covered every corner of the country. It doesn’t even get a reference in Simon Winder’s excellent paean to the country, Germania. It’s not without historical significance, however. On our route to Leipzig, Germany’s musical epicentre, it’s fitting we should start in a town where, in his teens, Bach cut his teeth as the organist of the main church (now called Bach church). Its restored Wender organ a magnificent edifice in its own right; its gilt ornamentation dwarfing the whitewashed wood-slatted ceiling. 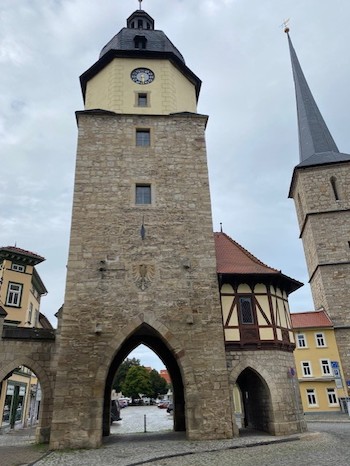 Known, at least to some, as the Gateway to the Thuringian Forest, Arnstadt’s porticos below beautiful stone towers are symbolic of its medieval age. Its cobbled streets are lined with postcard timber-framed terraced houses, and church spires reach ever skyward. This is traditional, typical, rural Germany writ large. Or small, more appropriately. But, more than anything, it is arguably the source of one of Germany’s most notable, cultural, stereotypical exports: beer.

Arnstadt is to beer what Cornwall is to pasties. Or Italy is to pasta. In the 14th century, there were 130 breweries for a population of just 10,000. Admittedly, it was at a time when weak beer was consumed over water, the alcohol content sterilising any impurities. But that’s still roughly one brewery for every 80 people. Now, however, there is just one. And, for my luck, it also happens to be the site of my first night’s accommodation, the Brauerei Hotel. If you needed any incentive to visit, there it is. A hotel in a brewery.

Arnstadt’s beers are still brewed in a very traditional way, too. They are brewed longer for flavour, and are unfiltered and unpasteurised, meaning they need to be consumed quickly. For this reason, ironically, for a country so synonymous with beer, Arnstadt’s remain where they are. 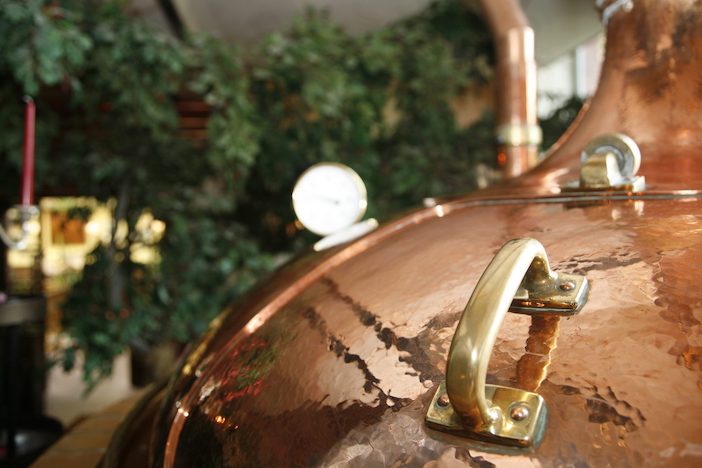 If we ever needed reminding we were in Germany, the menu in the brewery’s restaurant is a panoply of cliche; Thuringen bratwurst, sauerkraut and red cabbage. I’m enamoured by the soup starter; its literal translation is ‘Beer Meat Soup’. And what arrives is precisely that; beef mince in a rich beer-infused gravy. Following this with Arnstadt’s own beef stew, it’s a stewed meal. Stew on stew. Beer on beer.

Beer aside, as with almost every town in Germany, however, there’s more to Arnstadt than one thing. Less aesthetically appealing, the surrounding countryside is dotted with monuments of the region’s industrial past; disused redbrick factories, elegant chimney stacks, amid more contemporary constructions. Among these is Arnstadt Kristall, one of several small craft manufactories, specialising in hand-cutting and engraving lead crystal, and has put Arnstadt on the map in more modern times. 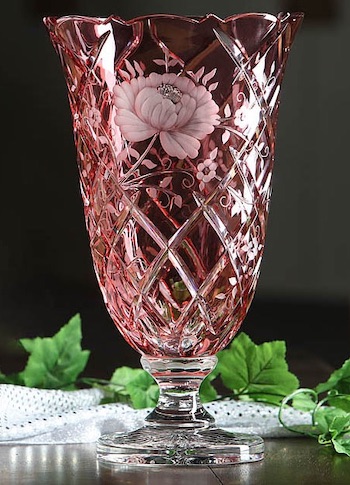 Founded in 1947, it’s now run by its 4th generation owners, bar a brief interlude of government takeover under the DDR. While it can’t necessarily compete with Dartington and other, older UK craftsmen, theirs is a distinct skill, and with distinct designs exported all over world, particularly to Asia, gracing the tables of Istanbul’s Nagara Palace, and the Sultans of Brunei and Oman.

Leaving Arnstadt, we head east through the Thuringian countryside, through gentle, rolling fields with tree-bordered villages, breezing through Rudolstadt in the Saale valley, another beautiful town of timber-framed, decorative houses overlooked by the imposing castle Heidecksburg, and home to one of the country’s oldest crafts, porcelain. The Porzellanmanufaktur is a collective of the region’s five finest porcelain workshops, the oldest dating back to 1762. It’s testament to the region’s continuing historical and cultural significance, though in contrast to the modernity of Arnstadt’s crystal. Fascinating as it is to observe, theirs is a dying art, a victim of fashions of yesteryear, gracing the sideboards of my grandparents’ houses, rather than our own. I suspect, however, that as much as fashions change, a 350-year-old legacy will see it through countless cycles in the future.

Castles and crafts seem synonymous with Thuringian towns, and Altenburg is no exception. Indeed, theirs might be the pinnacle of a visit to the region, if you’ve a mind to see both. The castle, housing a former palace to the Dukes of Saxony until 1918, and site of the infamous Prinzenraub abduction, is now best known for one of the more obscure museums on the tour. That of playing cards. 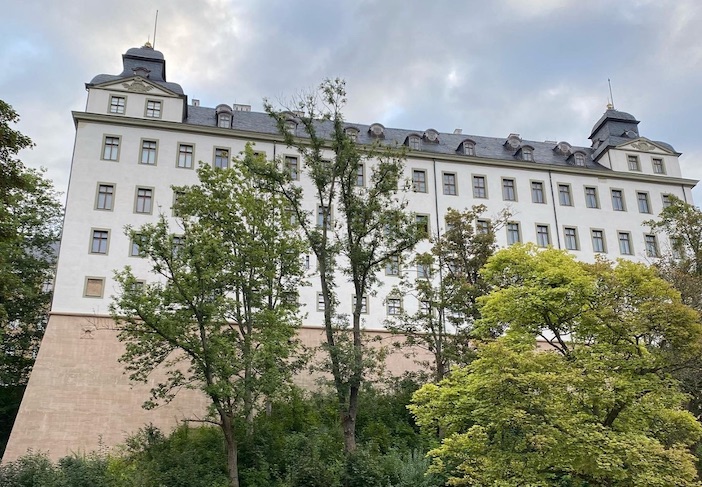 It’s not as tenuous as it sounds, however, since Altenburg is now also home to the world’s biggest manufacturer, turning out some 40 million packs per year. But where medieval towns and modern factories coalesce, Altenburg’s castle (on a hilltop, naturally) and card museum is a highlight; its cobbled courtyard hosting medieval re-enactments, the palace itself featuring fine examples of gilded stucco ceilings and baroque ornamentation.

Of all the picturesque towns in the region, Altenburg is perhaps one of the most attractive, largely, and, fortunately, for having come through WW2 unscathed. Its medieval market square (the largest in Germany, no less) is graced by the neo-Gothic Fraternity church and  the 16th century town hall, one of the most important Renaissance buildings in the country.

One could walk for hours around Altenburg; around every corner one stumbles across medieval churches, ornate Gründerzeit architecture, majestic administrative buildings and hidden parks but, for a real insight into the town, it’s worth taking a food tour, itself a sort of quasi-historical wander and with the added benefit of being able to sample the best the town has to offer without limiting oneself to just one dining choice. 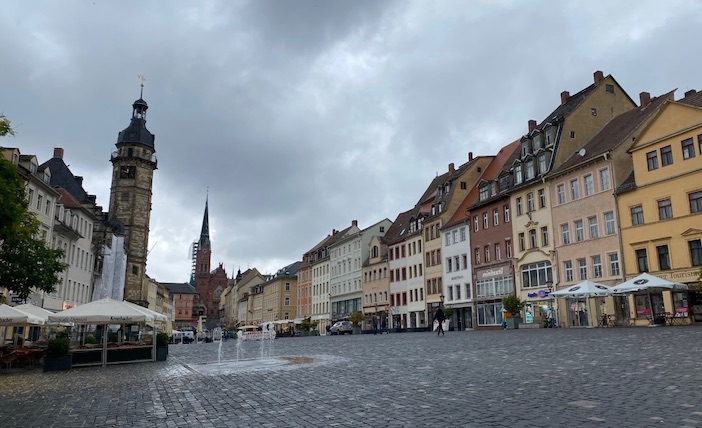 The mustard shop off Marktplatz is a great first stop, featuring some 120 varieties and flavours; some delightful such as wild garlic, and orange, others are just bizarre, challenging ice cream varieties, like eggnog, and, err, unicorn. Speaking of ice cream, if you thought Italians had the monopoly on gelato, I don’t think I’ve ever seen a nation eat more than Germany. In every town, every other person passed seemed to be licking on a cone.

Altenburg’s most notable ice cream shop is one replicating that made in the former DDR (the references to which are all over the region); DDR Softeis is the product of one enterprising lady, who has brought to life former eastern block ice cream machines and replicated old flavours. Turns in Finnegan’s, a novelty of an Irish pub (being the first to open after the fall of the Berlin wall) for a Black Forest whisky, and trying Altenburg’s carraway-seasoned goat’s cheese, introduce older parts of the town giving a sense of really getting under the skin of this most enigmatic of places. 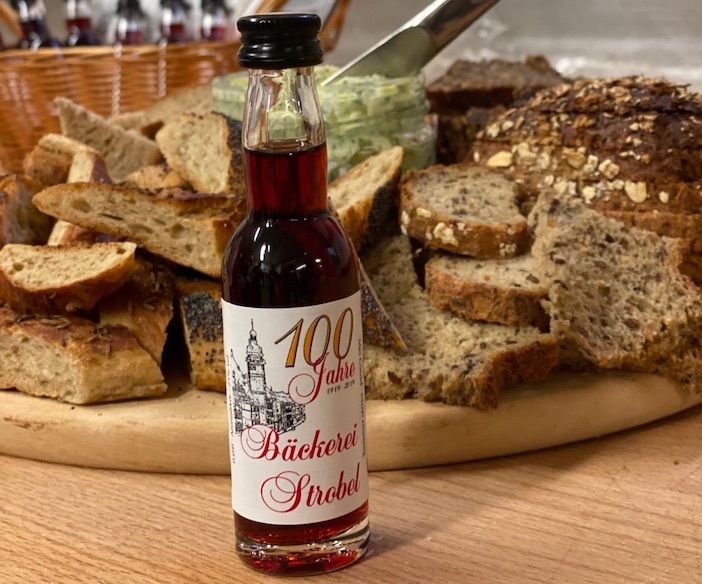 If beer and bratwurst opened our tour of the region, then bread – Germany’s other notable consumable – concludes it, at Bakerei Strobel in the main market square. Another family business, Strobel has been producing bread to the same method for four generations. And, as I sample slices of rye with chia, oats and carroway served up with a parsley butter and their speciality schnapps-infused puff pastry-style ‘bump cake’, surveying photos of previous generations in their brochure, I’m mindful of the centuries of history that have passed through the town.

I’m here at a significant milestone, too, for it’s election time in Germany, and the conclusion of Merkel’s tenure. Eating bread and drinking schnapps, with those from both sides of the former wall, debate ensues, of East and West, past and future, Brexit and the EU, and, in these strange and surreal times, it reminds me how good it is finally to get out into the world.

For more information about Thuringia and its towns, including accommodation, restaurants, and ideas for things to see and do, please visit www.germany.travel.

Larry’s journey through Germany continues next weekend, as he arrives in the East’s cultural capital, Leipzig…

Location photos by the author