From the Algarve through Alentejo, up to Porto and the Douro valley, we conclude our journey across Portugal as Larry arrives just outside the capital, Lisbon, from an invitation On Her Majesty’s Secret Service…

“Our happiest moments as tourists seem to come when we stumble upon one thing while in pursuit of something else.” So says Lawrence Block, American crime writer. An odd thing for an American crime writer to refer to, perhaps. But perhaps not. And so it was when I went to Estoril. 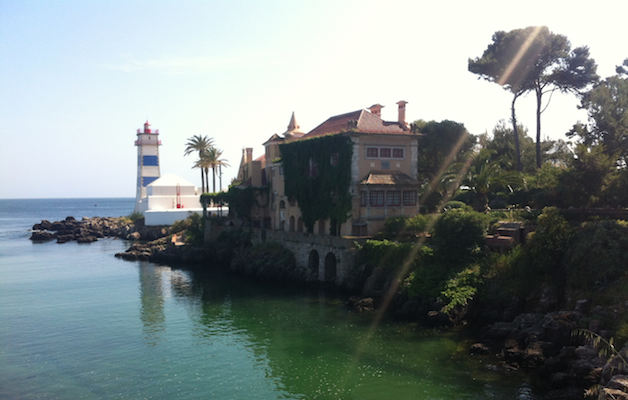 I wasn’t familiar with it either. For those of us not in the know, Estoril is in Portugal. It’s a small stretch of the Atlantic coast some twenty minutes along the edge of the estuary on which Lisbon resides and makes up what is, essentially, the Portuguese Riviera. And, you may be surprised to hear, it was the stomping ground of one of our most famous literary and cinematic heroes, James Bond. At least that’s what I was told in the brochure.

I saw little evidence of Bond, however. The link was tenuous at best. My guide, Lourdes, thought so, too. It was the first question I posed in the car from the airport, where she’d met me off the plane. “So Estoril has a long connection with James Bond?” I asked, intrigued and excited to be treading in the footsteps of boyhood dreams. I was racking my brain for Bond locations in the film canon and could think of none set in Portugal, but my knowledge is that of armchair fan, not maniacal study. Perhaps Lourdes would furnish me with the anecdote after anecdote on this three-day tour. I was trembling with excitement at the prospect, staring out of the window across the motorway as we made our way from the airport, “Did James Bond drive here? I’m sure he stopped in that service station in The Spy Who Loved Me…And didn’t he have a knife fight with the evil villain’s henchman in some subaquatic cave in the sea over there?” 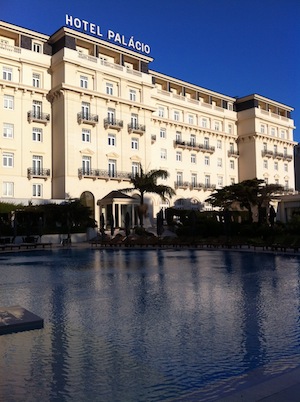 Estoril has one direct connection with Bond. The hotel we were staying in, The Palacio, was featured for about 30 seconds in perhaps the most ill-regarded of Bond films, On Her Majesty’s Secret Service. It’s in a scene where George Lazenby enters and is met by the maitre d’ before remarking how nice it is to be back and referring to the hotel’s “usual high standards”. There’s then a shot from the balcony of his suite to the pool outside – an image, I noticed later, that was the same view as I had from the balcony of my room as I gazed on the garden and pool below. But that’s it. One reference. Well, technically, two. The film opens with Bond driving around the nearby Cabo da Roca, Europe’s most westerly point, in pursuit of Diana Rigg before he pulls her out of the sea and beats up a couple of villainous assassins.

But despair not, reader. The hotel was, however, part of Fleming’s inspiration, as was the region as a whole for, during the war, it was the playground of spies, both Allied and Axis. In fact, there’s barely a hotel in Estoril, pre-War, that wasn’t a location for some secretive meeting point or other. Even the Garrett cake shop, a place so plainly innocent of anything faintly nefarious, was, in its previous incarnation as a cafe, a known hive of spycraft. I went in, expecting a seedy, smokey, low-lit air where people speak in hushed tones under broad-brimmed hats but found nothing but an array of delicious cakes and a smiling pastry chef.

The war, as romantic as it sounds now, closed the region’s most prosperous period. Estoril’s fortunes began in 1870 when the recently acceded King Luis, exercising his penchant for the sea, visited Cascais to ‘take to the waters’. It quickly became a holiday destination for the royal family, who soon chose the citadel there – one of many 18th century forts dotted along the coast to defend Lisbon’s booming mercantile seaways – as their official summer residence. And where royal trend-setters go, their minions follow and, as a result, the region became the retreat of high aristocracy, many building grand houses along what was fast becoming the Portuguese Riviera. From 1910 the region boomed, aided by the extension from Lisbon of the ‘Sud Express’ railway, its terminus at Estoril spilling thousands of visitors into the now thriving coastal playground. 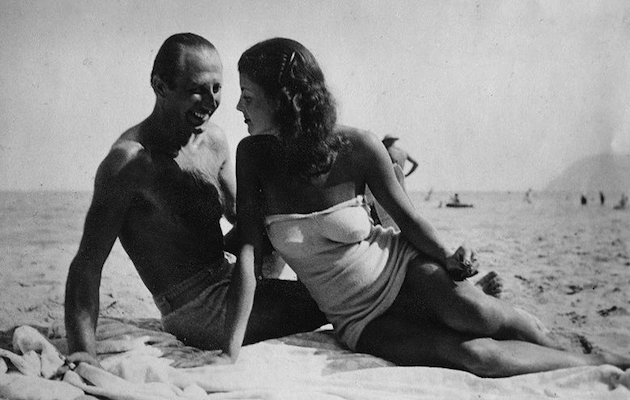 As the skies over Europe began to darken in the 1930s, the region drew many exiles, beginning with those in opposition to the new Spanish republic, ironically, crossing the border into a dictatorial regime under the new President, Salazar. And, as war broke out, Estoril, well-known now for its luxurious trappings, attracted many an exiled king, noted artist and various members of European high society; the Empress Zita of Hapsburg, Greatduchess Charlotte of Luxembourg, the Danish royal family, King Carol of Romania, the film maker Max Ophuls and Nobel laureate Maurice Maeterlinck all landed in Estoril fleeing the closing pincers of the Nazi menace.

And it is this concentration of Europe’s luminaries which attracted the interests of the warring powers and, consequently, forged its reputation as a hotbed of espionage. It is not, however, as clandestine as one might imagine. Hotels even took sides; the Palacio being pro-Allies, the Atlantico (no longer standing, alas), pro-German. And fuelled by the country’s neutrality and the simmering tensions beyond its borders, open engagements were not uncommon, epitomised on one occasion by a German and an Englishman breaking into fisticuffs in their swimsuits on Tamariz beach. 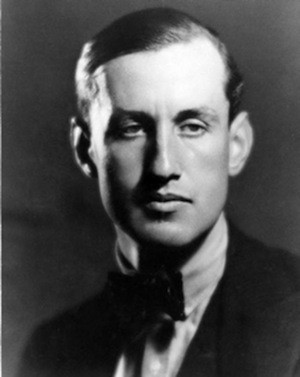 This combination of high living, high society and war would provide some intriguing tales. Dusan Popov, perhaps the war’s most infamous double agent, was based here, doubtless delighted with the ability to indulge his playboy lifestyle. Sound familiar? It’s no surprise, then, that one Ian Fleming, himself an agent serving with the allies, was posted here in 1941.

But perhaps the most intriguing story to emerge from this time of spies and exiles is also its most high profile. In July 1940, Edward VIII and Wallace Simpson arrived in Estoril, from France. Given the Duke’s alleged Nazi sympathies, predictably this sent the British powers that be into paroxysms of apoplexy, particularly when Salazar – similarly anxious about this political hot potato and leaning towards the axis at the time – moved their intended accommodation from the Hotel Palacio to the house of the banker Espirito Santo Silva, a known germanophile. In an exercise that became known as ‘Operation Willie’, the British authorities moved to have the duke despatched to the Bahamas. The Germans, however, intended to have him stay, buttering him up to set him on the British throne should the opportunity arise. A period of diplomatic cat and mouse followed until, eventually, the Duke capitulated and agreed to Churchill’s wishes, departing for the Bahamas in August. 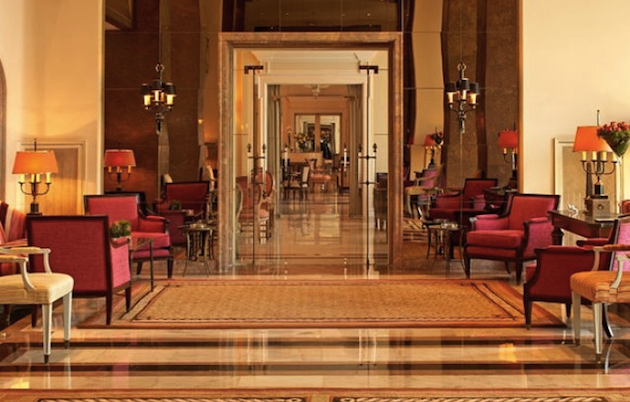 And with such a colourful history, I was delighted to be staying in the Palacio itself, treading in the footsteps of dignitaries and dastardly figures alike. Fortunately, it still resonates with the grandeur of the day, its history pouring off the walls, literally; the length of the hall downstairs is run with photos of guests from its heyday, all engaged in one grand function or another, tiaras aplenty. But, it should be said that once the romance recedes, in spite of a Banyan Tree spa on the premises, it lacks the contemporary cutting edge that many hotels of its ilk require, remaining retro without even trying – embossed glasses and pimento olives are served in the bar – its best days behind it, making way for contemporary concepts such as the converted citadel in Cascais, featuring one of Portugal’s charming ‘pousadas’, or the luxurious Villa Real Italia, and the newly-opened Oitavos up the coast itself home to one of the finest golf courses in the world and one of many in the region, the draw of its new clientele.

This sense of faded grandeur seems to course throughout the town of Estoril; uneven cobbled streets and bleached paintwork are touched with some poorly thought through designs in some instances; a curious mix of Baroque, ’60s alarm and the ultra-modern, never more so presented than by Estoril’s casino. Where once casinos might have represented the heights of sophistication, and this undoubtedly did during the 1930s, decades of refurbishment, add-ons and a plummeting reputation for the seedier side of gambling have given casinos a poor press. And, alas, Estoril’s seems to epitomise that. It’s a gargantuan, gaudy, neon-trimmed monolith with, in case you needed further convincing of its purpose, the words ‘Estoril Casino’ emblazoned in massive red neon adorning its concrete grey facade. Inside it’s not nearly as bad and some of the function rooms are used creatively as art galleries but it is, alas, a blot on the landscape, and one spoiling the view from my balcony at the Palacio. It didn’t stop me from spending a night on the Blackjack tables, however. Well, it was a Bond-themed trip, after all. 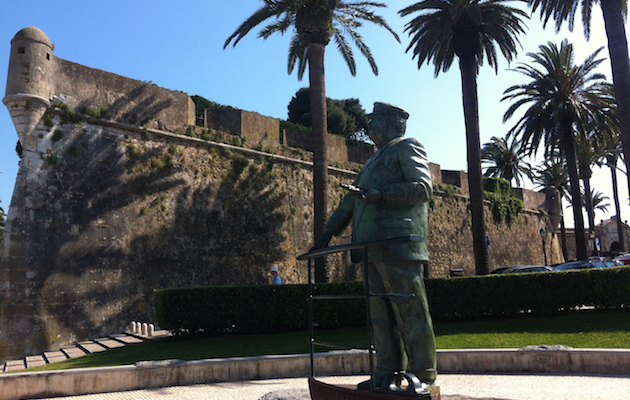 A mile up the coast, along a delightful promenade (that is in the process of being extended to Lisbon, incidentally), Cascais definitely has more of the charm. The grander houses still reside on the promontories along the promenade and on King Carlos Avenue overlooking the waterfront, the citadel is a striking centrepiece – and, fortunately, hides the modern concrete marina – and the town retains much of its old world setting as a former fishing village. Walking its cobbled streets, signposted by characteristic painted tiles, it’s fortunately short of much of the high street branding so blighting the character of similar seaside towns, and many of its own established outlets still thrive today. Santini’s ice cream parlour, for example, has been an institution for over 60 years and still generates queues around the block. 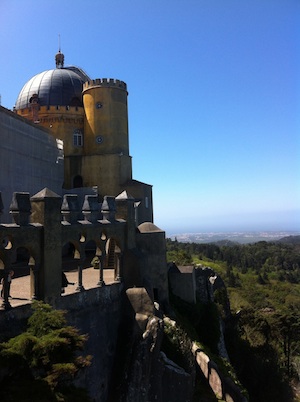 The region as a whole is abundant with history, evident at every turn. Some 15km north of Cascais, and climbing through steep hillside villages, one arrives at Sintra, a wooded hillside town, with the extraordinary Pena Palace capping the mountain and standing over the national park that frames the region. A medieval-looking folly, it is the 19th century Romantic indulgence of one Don Fernando of Saxe-Coburg-Gotha (a cousin of Prince Albert), became the summer residence of King Carlos – a keen artist, creating several murals through the building – and features an array of architectural wonderments and curiosities that have since made it a UNESCO World Heritage site. Nearby, Hotel Seteais, a former 18th century private house, is similarly decorated with beautiful fresco murals, many of which climb across the ceiling, and has a guest list that boasts Alec Guinness, Richard Nixon, Agatha Christie and the whole of U2. The more I explored the region, the more excited I became, and the more I was alarmed at how little I’d known of it.

The Portuguese used to have a saying, “In Braga, you pray. In Porto, you work. In Cohimbra, you study. In Lisbon, you come to amuse yourself.” For a region little known to me before I went, it feels like an undiscovered treasure trove of amusement; of history, of architecture, of food, of culture, of entertainment. If only thirty seconds of a Bond film.

For more information about the Estoril coast, visit the website.

View information, rates and bookings for: Hotel Palacio, Oitavos, and the Hotel Seteais.

To discover more about Portugal and all the regions we’ve covered over the last few weeks, visit the official Tourism Portugal website.