Trending
You are at:Home»The Culturist»Film»House of Whipcord
By Steve Thompson on December 28, 2013 Film

Our resident obscure – the films, not the man – film man, Steve Thompson, stumbles across another long forgotten (and suggestively satirical) horror from the vaults…

Sounds like a bit of cheeky, kinky titillation, doesn’t it? A film about modern, fun-loving women who are rounded up, sent to a correctional facility and then whipped for being ever-so naughty. 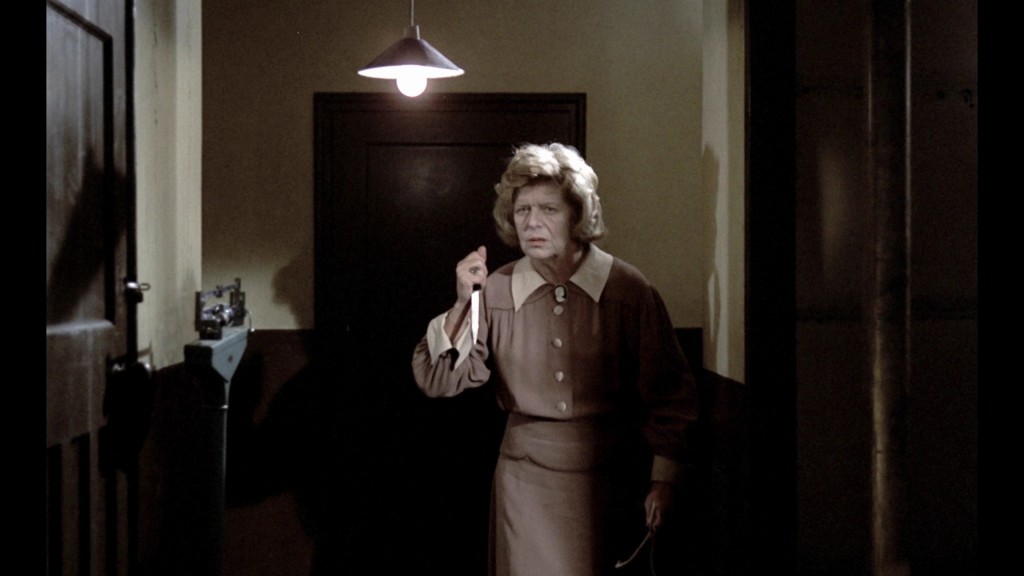 House of Whipcord isn’t even a bit fun or carefree, though. Rather than finding themselves in a grand, camp, gothic dungeon, our heroines are interned in a bare, cold institution on a rainy moor. They are stripped of clothes and jewellery, forced to wear a sackcloth and forbidden to talk by the impressively dour women who watch over all.

The governess and wardens are living their dream. And their dream is of an England where the penalty for waywardness is swift and severe. Girls committing insurrection find themselves on the end of the lash. The damage inflicted is ugly and shocking. If the girl still refuses to mend her ways then she finds herself sentenced to death by hanging. A cruel and unjust affair which tips the mood of the film into a very dark and claustrophobic place. 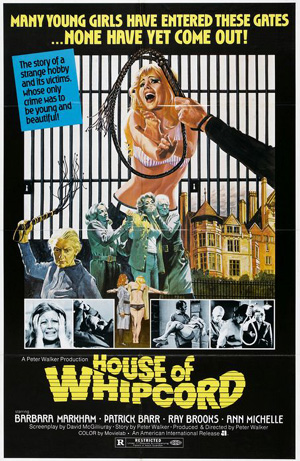 The girls are sentenced by one of only two men to be found in this matriarchy. A doddering old judge guided by the venomous whispers of the chief matron. Then there is the matron’s son, Mark E. Desade (I know! You don’t need me to explain it, you’re clever enough). He goes to parties, finds progressive, liberated young ladies and seduces them with his cold, handsome, charms. Shortly after they find themselves in the House of Whipcord.

Plenty of ‘women in prison’ film tropes are here, but realised in brutal ways. A humiliating stripping, an evil lesbian warden and a precarious escape. Pete Walker is a fascinating exploitation director with no agenda other than to “create a bit of mischief,” as he puts it. He directs with confident, inky black humour, chilling detachment and little flair.

The performances range from weak to hammy but are always fascinating and eccentric. The dark interiors and cloudy exteriors offer little in the way of hope or light and the film paints a terrifying picture of what the world would look like if rabid conservatives got their way with the penal system. House of Whipcord is a cautionary tale of the older generation’s fear of young, successful, sexually-free women and the rampant misogyny and hypocrisy which will follow.

House of Whipcord (1974) is available to buy on DVD on US import from Amazon.